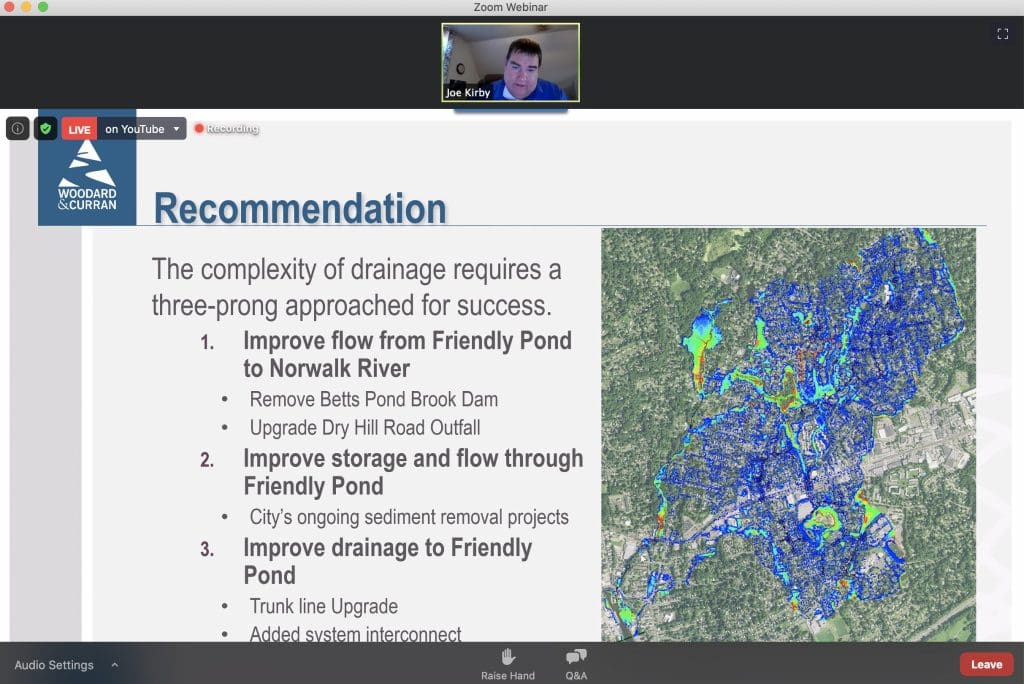 NORWALK, Conn. — About 50 homes and buildings along Saddle Road, Surrey Drive, and other streets in the Friendly Pond area could see some relief soon from flooding issues that have affected that section of Norwalk.

“I know it’s been talked a lot about in the city for a number of years,” Anthony Catalano, senior principal at Woodard and Curran, said. “And we’re really getting to the point now where it’s a reality.”

The firm made recommendations that would address flooding that occurs from the result of a 25-year storm, which has about a four percent chance of occurring annually and produces about 6.39 inches of rain over 24 hours.

“What we wanted to do was we wanted to come out with a solution that maybe doesn’t eliminate the flooding completely, but mitigates the flooding for a number of homes,” Anthony Carr, the city’s Chief of Operations, said. “It’s not any one solution—it’s a combination of different scenarios, fixing pipes in one area, dredging one channel in another.”

Overall, the construction estimates to make these recommendations would be about $3.1 million, according to Joe Kirby, technical manager at Woodard and Curran.

Carr said that there was $4 million approved this year for watercourse maintenance to do this work.

“While it may not eliminate the flooding, it will significantly reduce the flooding,” he said. “For a capital project that’s $4 million, we want to make sure we have this right.”

The overall study area was 400 acres, ranging from Wolfpit Elementary School in the north and Norwalk High School in the south, Kirby said.

Using their model, Woodard and Curran tested about 20 different improvements to address flooding and ran more than 30 different rain scenarios to see how the improvements worked for each of those.

The city has already started work to remove some of the sediment from Friendly Pond, which Kirby noted “hasn’t been a pond for some time.”

One of the biggest problem areas was the ponding of water behind homes on Saddle Road.

“It was filling up behind these homes here on Saddle,” he said. “We’re looking to get a much better flow path out of these areas.”

The proposed improvements would give anywhere from a third of a foot to 1.5 feet in reduction of flooding in the area behind Saddle, Kirby said.

“This area can have up to about four feet of water in ponding behind the homes,” he said.

All of the improvements together would provide 42 buildings with reduced flooding and eight buildings will be all together removed from flooding, according to the survey.

Catalano estimated that this should take about six months to complete, but that timeline could be slightly longer if COVID-19 causes any delays, in getting permitting or other areas.

The Public Works Committee took the first step forward, unanimously approving a $578,886 contract with Woodard and Curran to get the design work up to 100 percent to be ready to go out to bid.

Carr also reported that a separate channel dredging contract that is clearing out clogged inlets and waterways in five main areas, is almost done with its first location. Friendly Road is about 80 percent complete and Carr expected the work to be done there within a week or two and then move on to Lloyd Road. The Friendly Road work started around June 20.

“We’re on track, no issues to report,” he said. 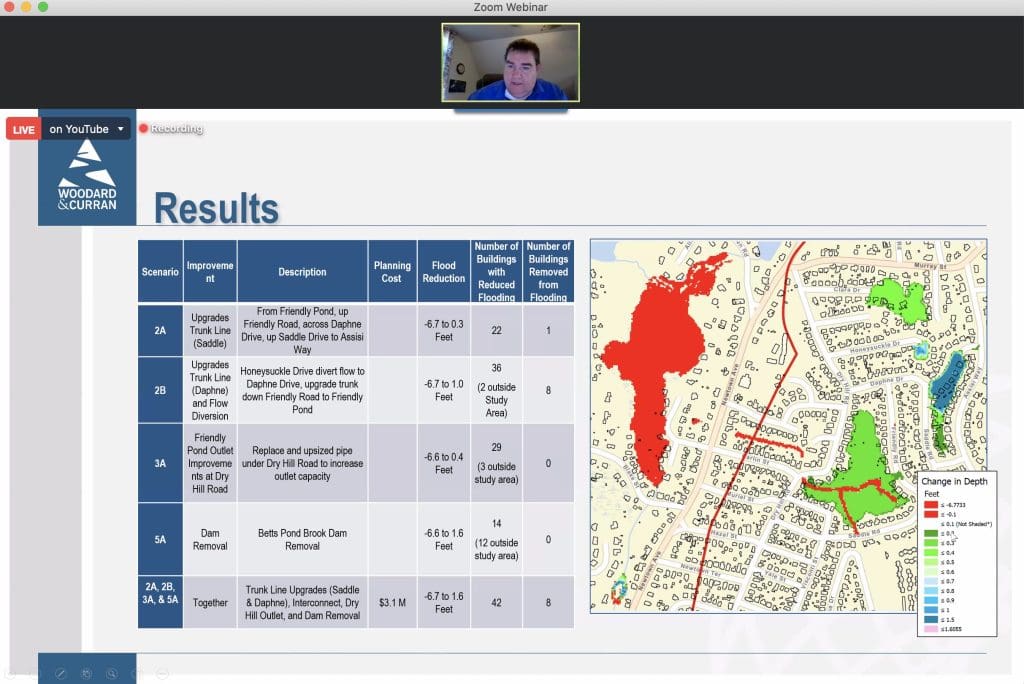 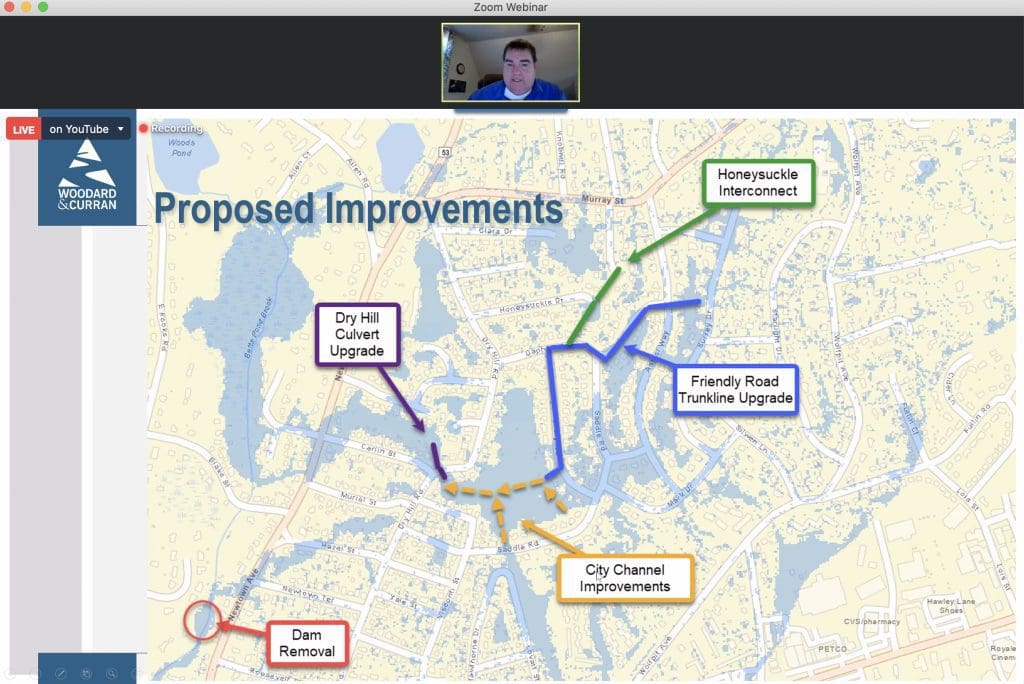