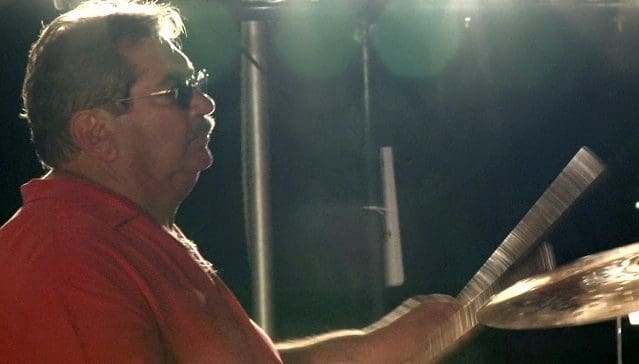 Like many others, I am sorry to hear that Tim Currie died.

My late husband Mark loved Tim; didn’t see him too many times but they had music and personality in common, so their conversations were long and heartful. So I think I need to make a NancyOnNorwalk nod to Tim’s passing.  Here’s his obituary as posted on the Magner Funeral Home website:

“Timothy Paul Currie, 66, a lifelong avid Norwalker died suddenly on August 24th, 2019 at Norwalk Hospital. Son of Patricia (Ryan) Currie and the late Lenox St John Currie, he was the beloved Husband of Kimberly (LeBlanc) Currie for over 40 years. The owner of Currie’s Tires, Tim was well known around town for his community involvement and his passion for both music and athletics.

“Tim and his family resided in Fairfield for over 20 years. During that time, Tim passionately coached their two boys in both football and baseball through high school. Tim was also known for his athletic accomplishments in baseball, football, and softball; playing well in to adulthood.

“Anyone that knew Tim, knew that the most important things in his life were his family, his business, and music in that order. Whether it be coaching them on the field, spending time in the recording studio with Adam, or simply taking a Sunday drive, Tim poured his heart and soul in to his family and everything he did.

“Tim was the owner and operator of Currie’s Tires, which was opened in 1929 by his grandfather (Duke Currie) and has been a landmark in Norwalk for over 91 years. Four generations of Currie’s have contributed to the legacy he proudly leaves behind.

“Tim put together a Motown Band that ended up drawing some of the biggest crowds ever seen at Calf Pasture beach, raising thousands of dollars for a number of different charities, and his only compensation was the pleasure he got from his pure love of music and seeing the happiness it brought to his fans.

“In addition to his loving wife Kim, he is survived by their sons, Adam Paul Currie and Timothy Paul Currie Jr, two brothers, John Currie and his wife Rita and Mark Currie, two sisters, Linda Wolf and her husband Larry and Diane Barnes and her husband Tracey, as well as countless aunts, uncles, cousins, nieces and nephews. His family will receive friends on Thursday, August 29th from 4-8 pm at the Magner Funeral Home, 12 Mott Ave, Norwalk. His Funeral Mass will be held at 10am on Friday, August 30th at the church of St. Thomas the Apostle, 203 East Avenue, Norwalk, with burial to follow at Riverside Cemetery.

“Memorial contributions may be directed to Toys for Tots and St. Jude’s Hospital for children.”

I see from Tim’s obituary that he was born on July 15, 1953. Mark was born on June 27, 1953, on Cape Cod; not very far away in the grand scheme of things. Maybe they have come across each other in some other place to enjoy playing music on some instrument we can only dream of.