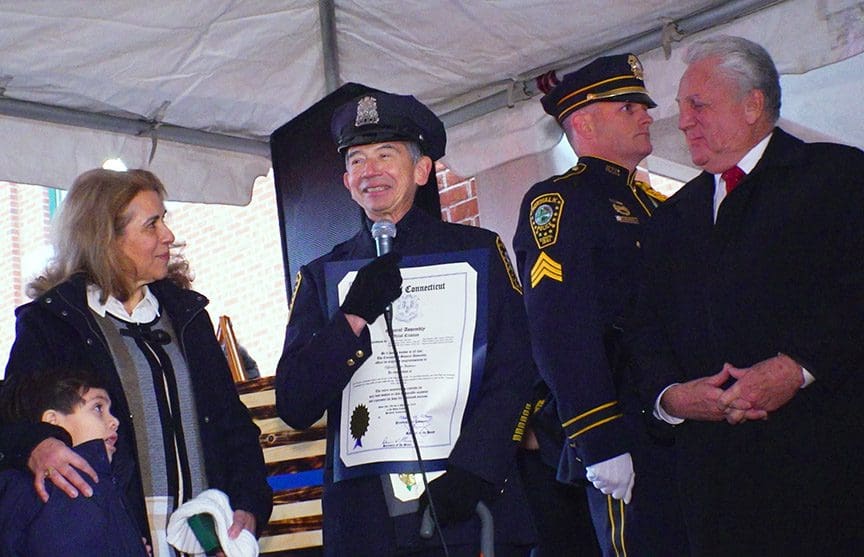 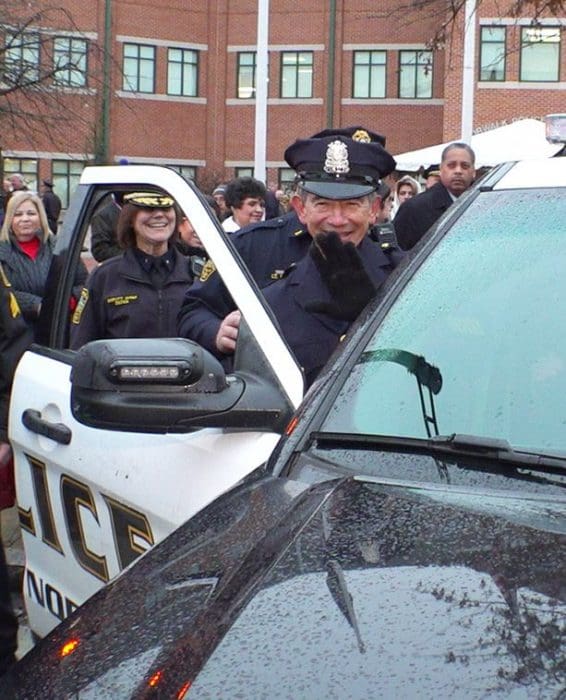 NORWALK, Conn. – Cesar Ramirez was given a warm, poignant send-off Friday at Norwalk Police headquarters, his sudden retirement marked by calls of “We love you.”

“I still believe God does things for a reason,” said Ramirez, who was recently diagnosed with brain cancer. “This is another reason, another test for my life. This new endeavor.”

The crowd included city officials, numerous community leaders and many retired Norwalk Police officers, including former Deputy Chief Ashley Gonzalez, who flew in from Texas. Gonzalez is now chief of the Austin Independent School District Police Department. The brief ceremony was followed by a gathering at the St. Ann Club.

Ramirez has been a Norwalk Police Officer for 32 years and has served on the Norwalk Housing Authority since 1992 and is its chairman. Mayor Harry Rilling gave him a key to the city, calling it a special honor that “very, very few people” have received. State Senate Majority Leader Bob Duff (D-25), calling Ramirez “an instantly recognizable face” at any Norwalk public function, expressed best wishes from the Connecticut General Assembly. 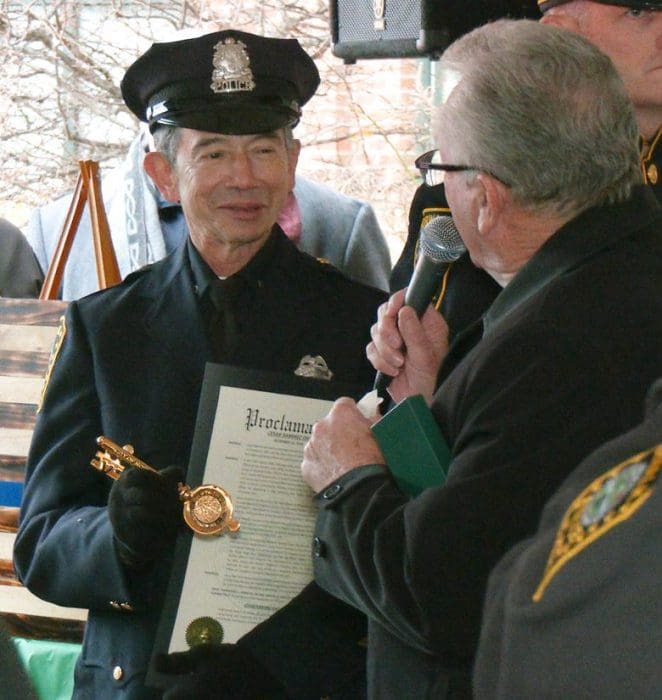 “You know, standing here, it became very clear to me that the strongest one amongst us is Cesar,” Rilling said. “What grace, what courage, and the way you have lived your life. You’re an inspiration to us all.”

“Just care for each other,” Ramirez said. “Respect each other as you like to be respected. Do anything without expecting anything in return. God is good, God is love, God is grace and God is here. I do respect science but I highly respect that the last word is God.” 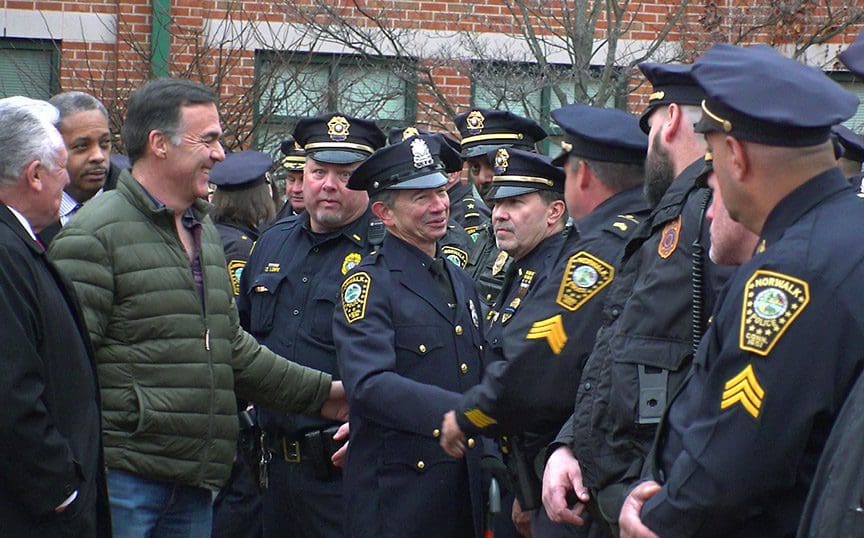 Class and faith. My hopes and prayers for you and your family.

Thank you Officer Ramirez for your years of dedication. Your service to the city of Norwalk should provide the benchmark for the NPD.

Officer Ramirez is the last of a breed. Every cop should be like him.God Bless him and I look forward to him being healed and running for Mayor.

I’ve had the privilege of working with Cesar for 35 years and developed a deep respect and admiration for his work ethic, dedication to the community and positive outlook for helping families and children in our City. And while many of our interactions were in our mutually official roles– Mayor, Legislator for me, Housing Authority Chair for Cesar, etc.– the memory that I most cherish comes from the day my wife and I nervously followed the school bus dropping our daughter off at Columbus Magnet School for her first day of kindergarten. Standing at the front door was Principal Art Perschino with his clipboard welcoming each student– and standing right next to him keeping a vigilant eye on the busy traffic turning down Concord Street was Officer Cesar. Art and Cesar were the most reassuring presence I could ever hope for and I’m sure the sentiments of safety felt by our family because of Cesar’s presence were shared by thousands of Norwalk families all over the City during hundreds for events. Thank you Cesar for your many productive years of service to Norwalk, and in particular to the Norwalk Police Department and the Norwalk Housing Authority, and for being a treasured friend.

Cesar showed such a tremendous regard for all persons and encouraged all of us first responders on a daily basis to perform our best. Let’s celebrate him and rename the Police Station.

Thank you chairman Ramirez.You have been an inspiration to me and it is an honor serving with you on the board of Housing Authority of Norwalk. As you mentioned, there is still work to be done, and “It is not over until God says it is over.”
My prayers are continuously with you. Have a blessed Holiday Seasons.