Region’s supply of electricity was insufficient to meet consumer demand 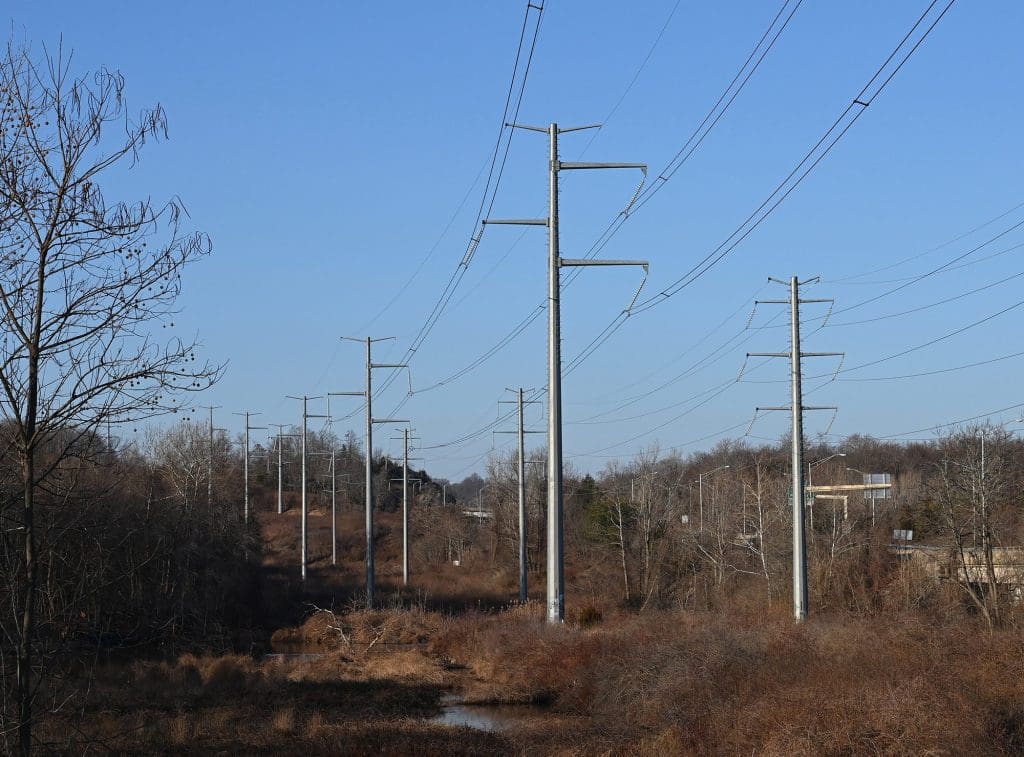 The Eversource right of way off Broad Street in Norwalk. (Harold F. Cobin)

The operator blamed unexpected generator outages and reductions, and power providers who failed to meet their contractual obligations, for the shortfall, which started with an Abnormal Conditions alert being issued at 4 p.m. The capacity deficiency ended at 7 p.m.

Underperformance by contracted resources is penalized at a rate of $3,500 per megawatt-hour, the report says, and may result in assessments of approximately $39 million being charged to providers who failed to meet their supply obligations during the Christmas Eve event.

A capacity deficiency means the region’s supply of electricity is insufficient to meet consumer demand along with required operating reserves, the report says. In a news release, the ISO noted that this differs from energy emergencies, which typically occur when a significant amount of resources lack the fuel to produce electricity over an extended period that can last until fuel supplies are replenished.

That morning, the ISO had forecast a peak load demand of 17,510 megawatts. The load actually peaked at 17,524 megawatts. 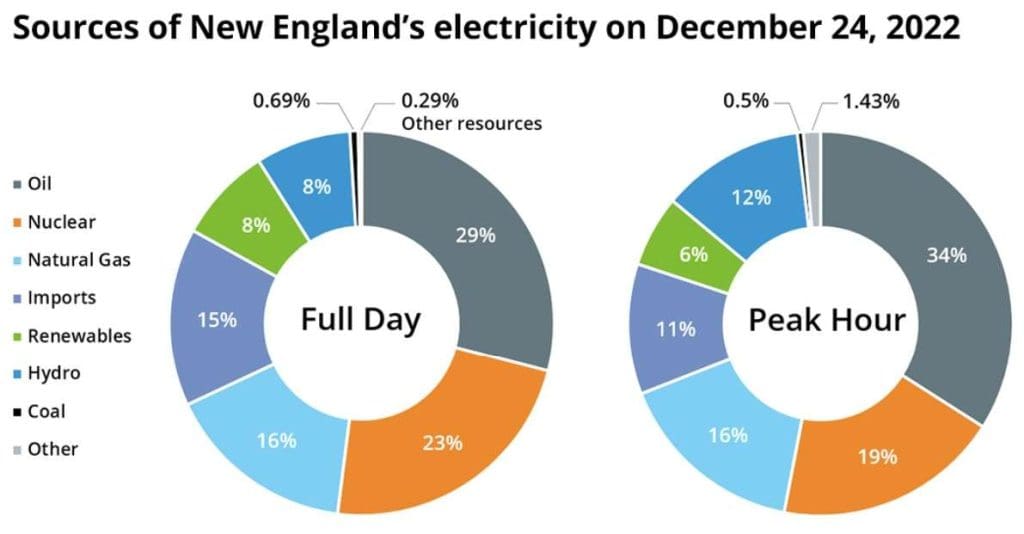 In its release about the event, the ISO noted that electric grid operators across North America faced significant supply challenges Christmas Eve resulting in widespread outages to distribution systems. The situation was particularly severe in North and South Carolina, where Duke Energy had to initiate rolling blackouts that affected about 500,000 customers and, in some case, last hours.

For ISO New England, the situation resulted in the unusual condition of it being more economical to use oil-fired generation, rather than gas, which typically provides most of the region’s electricity.

Many dual-fuel generators switched to burn fuel oil, the report says, with approximately 29 percent of the region’s energy demand being met by oil-fired generation. 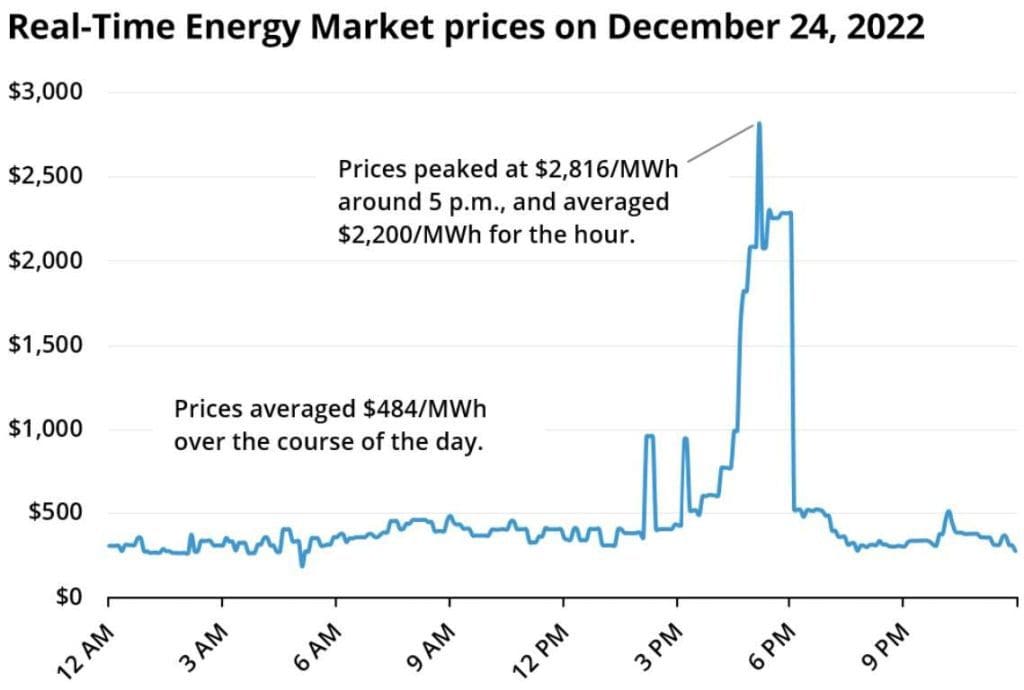 By comparison, at 5 p.m. Monday, ISO New England showed market prices of approximately $82.50 per megawatt-hour, with no oil-fired generation.

Under its 11-step table of actions for responding to a capacity deficiency, known as Operating Procedure No. 4, ISO New England reached Action 4 – Power Watch. At this stage, it asks for voluntary load curtailment from market participants and is authorized to make a public appeal to conserve electricity.

The ISO said that because of the short duration of the event, it did not call for public conservation. 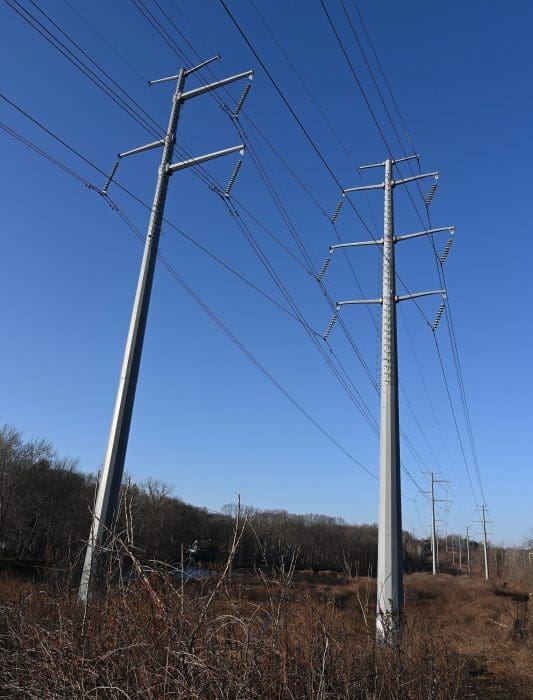 The Eversource right of way off Broad Street in Norwalk. (Harold F. Cobin)

A summary of the day’s events in the report notes that temperatures across New England were colder than forecast due to an arctic air mass that moved further east than projected. At 5 p.m. Dec. 24 the temperature was 15 degrees in Hartford, according to the weather site CustomWeather.

Throughout the day, and continuing after the power deficiency occurred, generators experienced outages or reductions, causing ISO New England to commit all available remaining offline resources to come online.

The key part of this discussion is “For ISO New England, the situation resulted in the unusual condition of it being more economical to use oil-fired generation, rather than gas, which typically provides most of the region’s electricity.”

Hmmm, basic supply and demand, econ 101. Why did our democratic leadership in CT, RI, MA, and VT allow NY to hold all of New England hostage by not allowing pipelines across NY state (2014-2021)? Western NY is the eastern slope of the Marcellus natural gas shale fields….one of the largest in the United State and the world.

And isn’t natural gas the cleanest of all the fossil fuels by a big margin?

I understand that many upstate NY residents wanted to explore the energy potential of this region years ago but were blocked by the blue areas of NY (NYC and Albany legislature).

Had New England fought back we would not be in this position. Not only being short of electricity but having to pay an astronomical amount for it.

Our Democratic leadership (State and Federal) is to blame for this, not Putin. Will the Dems own it? And fix it? Likely not.

Turn out the lights, Trixie🥵👎🏽 I think we’re gonna be using candles soon!😩🙈