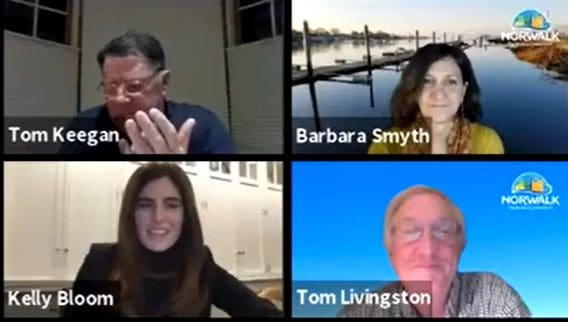 NORWALK, Conn. — After 16 years on the Norwalk Redevelopment Agency, longtime Chairman Felix Serrano has been replaced by Attorney Kelly Bloom.

“Kelly Bloom is an attorney and a local business owner with a long family history in Norwalk,” Rilling wrote Tuesday to NancyOnNorwalk.  “I selected her to replace Mr. Serrano because I felt it was time for new vision, a fresh set of eyes, as well as greater transparency on the RDA. Moreover, other members felt a need to have an attorney on the agency.”

Bloom’s appointment was unanimously approved at the Common Council’s Nov. 4 meeting. She declined to comment, citing her rookie status on the Board. Serrano did not reply to an email. 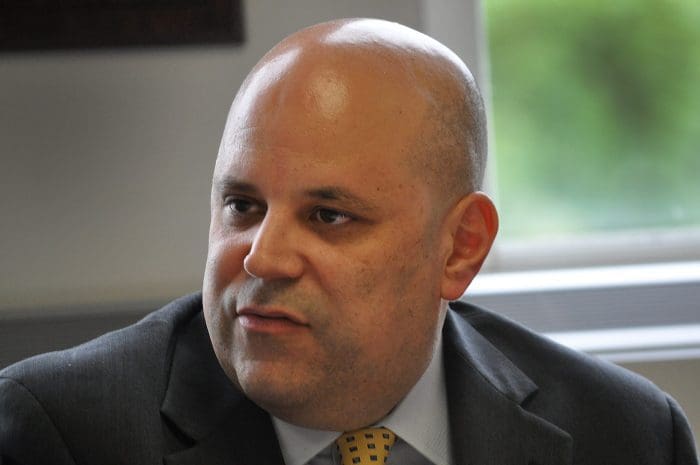 Serrano, a Republican, has been chairman since 2012. He has has a Juris Doctor degree from Quinnipiac University School of Law, but his career has been in finance.

Serrano was reelected chairman in July 2019, with one dissenting vote. His reelection this year was unanimous, according to meeting minutes.

The Redevelopment Agency will vote on a new chairman at its next regularly scheduled meeting, said Executive Director Brian Bidolli, who has been on the job for nearly a year. William Speirs is vice chairman.

Bloom is unaffiliated. The other four members of the five-member Board are Democratic.

Bloom has been with the Law Offices of Neal Rogan since August 2011, citing 10 years as a trial attorney on her resume. She’s been owner/operator of JB Brown’s Marina in Stratford since June 2019 and president of the Saugatuck Nursery School since October 2019.

An East Norwalker, she received a juris doctor from the University of Connecticut School of Law and a Bachelor of Arts in History with a minor in law and liberal arts from Pennsylvania State University, her resume states. She attended Trumbull High School, according to her LinkedIn page.

Council Planning Committee Chairman John Kydes (D-District C) noted during the Nov. 4 Council meeting that Bloom’s appointment was “very important,” one of the reasons for the special meeting. She would be a great fit, he said.

“I haven’t had the pleasure of meeting Mrs. Bloom. But I am very familiar with her family… and very impressive resume,” Kydes said.

Rilling said he and Chief of Staff Laoise King met with Bloom and, “we were both quite impressed with her knowledge and her skills…. So I think she’ll play an integral part in the Redevelopment Agency.”

Kydes and Rilling also thanked Serrano for his service.

Redevelopment Agency meeting videos are not available online after the fact. Bidolli said the agency is in the process of establishing a YouTube channel.

Change and a new perspective is always a good thing. Let’s hope Harry remembers this come Nov 2021. Norwalk could benefit from new leadership at the top. Perhaps a strong woman for a change would be nice to see. Someone less political and more focused on business and long term strategy. When Harry first ran for office one of his promises to me and many others was to reorganize Planning and Zoning and make it one entity with a lot of transparency. This has yet to happen almost eight years later.