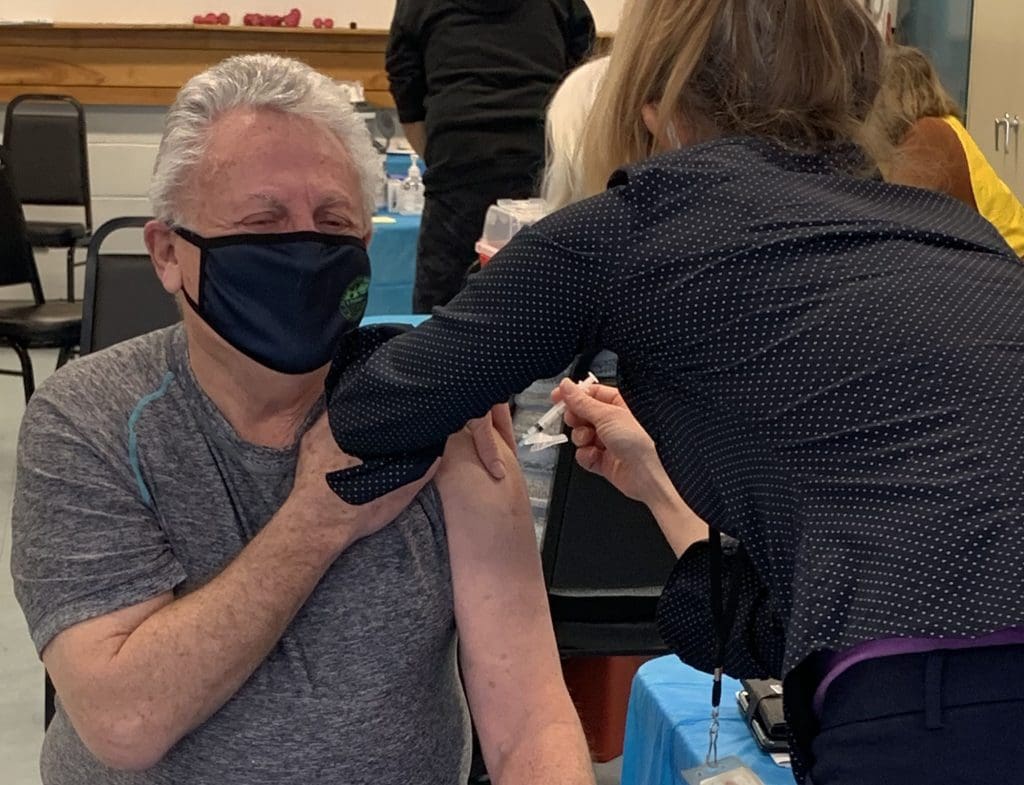 NORWALK, Conn. — The Norwalk Health Department has vaccinated more than 2,700 Norwalk citizens against COVID-19, and none have had an adverse reaction, Norwalk Communications Manager Josh Morgan said Tuesday.

Mayor Harry Rilling became one of those citizens Tuesday, getting vaccinated the same day as Gov. Ned Lamont staged his own inoculation. While Lamont’s event was timed to convey Lamont’s confidence in the vaccine yet a willingness to wait his turn, Rilling, 73, said he became eligible last week when the State expanded phase 1b of its vaccination program to include individuals between the ages of 65 and 74.

“I was able to get time today to get vaccinated. I had no idea that Governor Lamont was also being at vaccinated until I heard it this morning,” Rilling wrote.

He continued, “I too, want to convey confidence in the vaccine. We have administered more than 2500 doses and there has been no negative reaction at all. People have reported sore arms and perhaps a little fatigue but other than that there have been no adverse side effects.”

Connecticut has followed the recommendations of the Centers for Disease Control and Prevention and a state advisory group: The first doses went to health care workers and nursing home patients, followed by anyone 75 or older and, now, 65 or older.

More than 7,400 deaths in Connecticut since March are attributed to COVID-19, with the vast majority in their 60s, 70s and 80s. Vaccinations soon will be opened to essential workers and persons with health conditions making them vulnerable to COVID.

The infection rate here is dropping, the City states.

That’s a pattern statewide as well, with the winter surge of cases has been waning in recent weeks. Lamont said he believes the more than 600,000 vaccinations administered so far have played a role.

“Both the Moderna and Pfizer vaccines have shown to have at least a 95% efficacy rate,” Rilling wrote. “If more people decide to get the vaccine and people continue to do the other kinds of things we know that work, we will get through this pandemic much more quickly.”

While some governors were vaccinated as early as December, as were some members of Congress, the 67-year-old Lamont delayed his vaccination until it was opened to anyone 65 or older, a decision that ultimately rested with his administration. 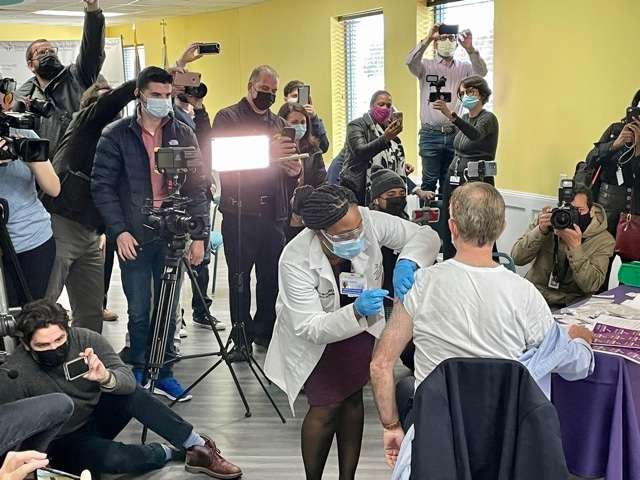 “I wanted to lead by example,” Lamont said. “There are some people who are hesitant, no question about it. I was ready to take the vaccine ready to do it in public and to tell people I feel better for it and you will, too.”

For two months, the governor’s staff mulled the right time and setting for his inoculation. He was vaccinated at First Cathedral church in Bloomfield, which has a predominantly African-American congregation of more than 7,000. The setting in a Black church was an effort to address the hesitancy among African Americans towards the vaccine and underscore the administration’s efforts to minimize racial disparities in its availability.

Non-white adults are more likely than white adults to be hesitant about the vaccines, according to most polling, and Black officials and physicians say the reluctance is most pronounced among African Americans.

“We have a concern about the most vulnerable population,” Rilling wrote. “People of color are not appropriately represented in those seeking the vaccine. We will be hosting a Townhall and working with various leaders throughout the community to try and encourage people of color to get the vaccine as quickly as they possibly can when they become eligible. We want to give them information so that they can make an informed decision.”

“While the state data is a few days old, that is the best data, as they are compiling all clinics around the state. We only can track the clinics run by the Health Department, and is what the numbers are from above,” Morgan explained. “As you know Norwalk residents may get vaccinated in another community, so the state is the best source for the breakdown. There has not been any wasted doses at our clinics and there have fortunately been no adverse reactions. Again, I can’t speak for all residents at all clinics, this is just from the Health Department purview.”