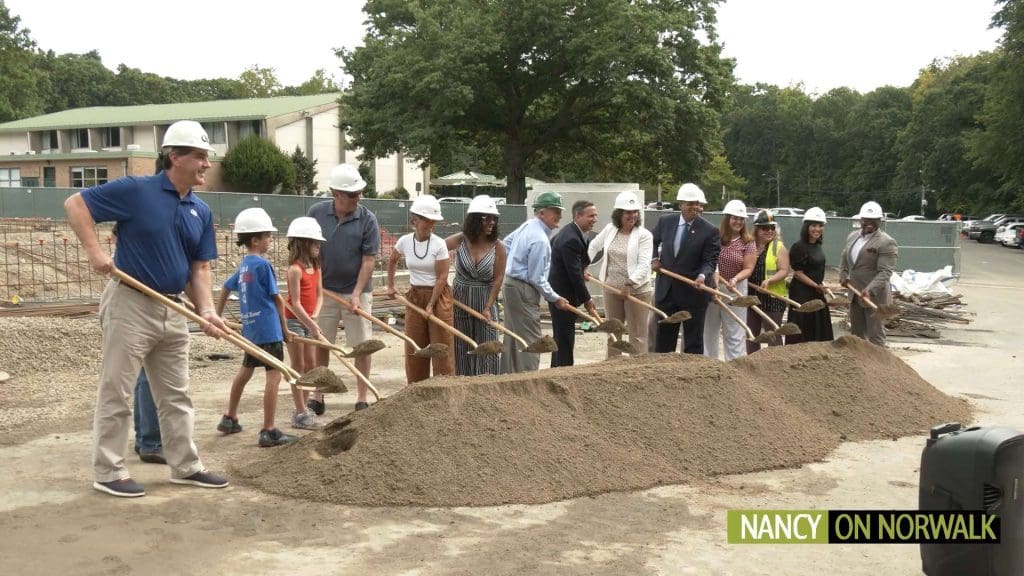 “We started talking about this about two and a half years ago where people were doubting that it would happen, but here we are,” Mayor Harry Rilling said. “… It’s really exciting to see the groundbreaking at Cranbury School. You know, it’s been about 50 years since we built a new school in the city of Norwalk.”

Best of all, the school will have air conditioning, Rilling said. He added that other new schools being built and renovated will have it, too.

The new school should be complete in about a year, said Michael D’Angelo, project manager for Newfield Construction.

It will be an “amazing space that will continue to propel Norwalk public schools to be future ready,” with outdoor classrooms and outdoor spaces, Norwalk Superintendent of Schools Alexandra Estrella said. “We are very excited for what’s to come and what is going to be possible for the 500 students that will be making this new Cranbury school their new home.”

State Senate Majority Leader Bob Duff (D-25) spoke of broken promises to fix up the school, dating back to the early 2000s and credited Rilling with making it happen.

“I can truly say time after time, Mayor Rilling walks the talk and makes sure that funding goes directly to our schools,” Burnett said. “By this continuous support to our community schools, he has always supported the future of Norwalk students, our teachers, our staff, and most importantly, know our family.”