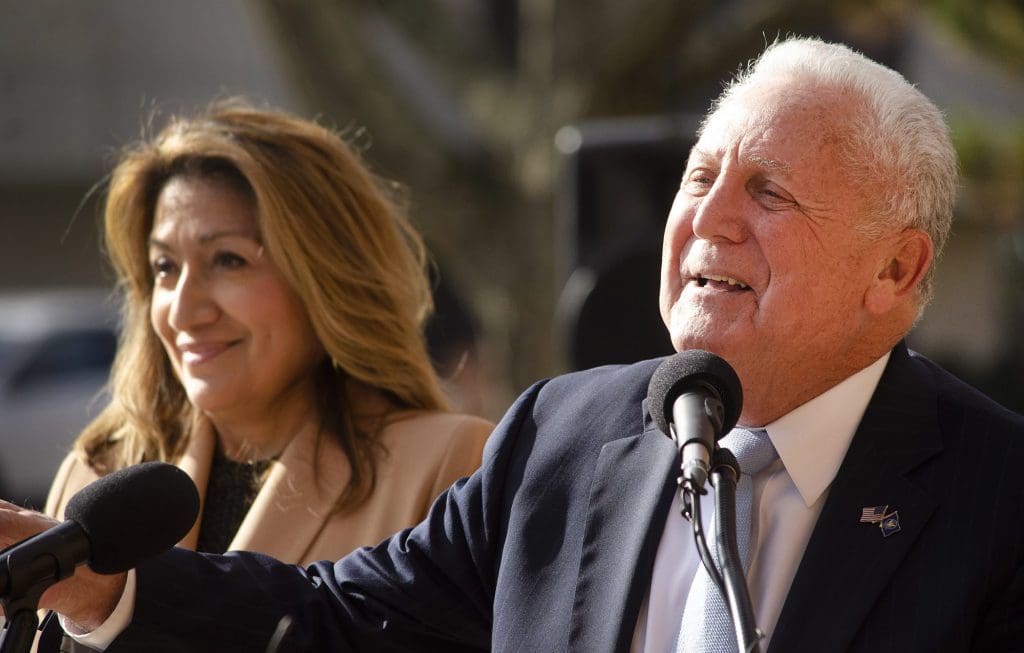 Mayor Harry Rilling addresses the crowd Tuesday at City Hall, after being sworn in for a fifth two-year term. 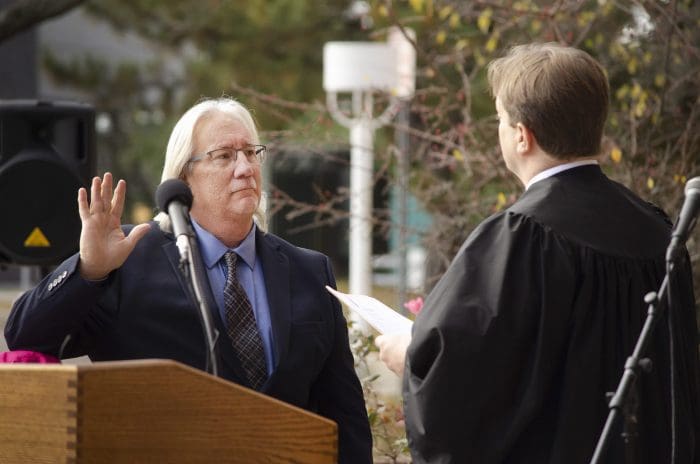 It was a more sweeping ceremony than it’s been in recent years, given the Council members raising right hands, but also smaller as it was held outside given COVID-19 concerns. The Rev. Lindsay Curtis led the event, quipping at one point, “I’m wondering has there been any other town clerk other than Rick McQuaid,” and at another, telling Rilling he’s proud of him.

“That doesn’t mean that we’ve agreed on everything,” Curtis said. “But he has led the city and continues to lead the city in tremendous growth. Some like it and some don’t. But we all decided that he deserved a fifth term.”

Both men were sworn in by Probate Judge Doug Stern. McQuaid had expected to begin his sixth two-year term by taking the oath from his wife, but Attorney Alice McQuaid was tied up in court.

Rilling thanked the Council members who have been with him “some for two years, some for six,” and said, “I believe I think we can look back on the past years and say we’ve accomplished quite a bit. But there’s so much more to do.”

He said, “I look forward to the next two years. It’s very humbling for me that I’ve been elected for a fifth term. And some of you are returning for two, three or four terms and one five. It’s the validation that the people have confidence in us and we cannot let them down.”