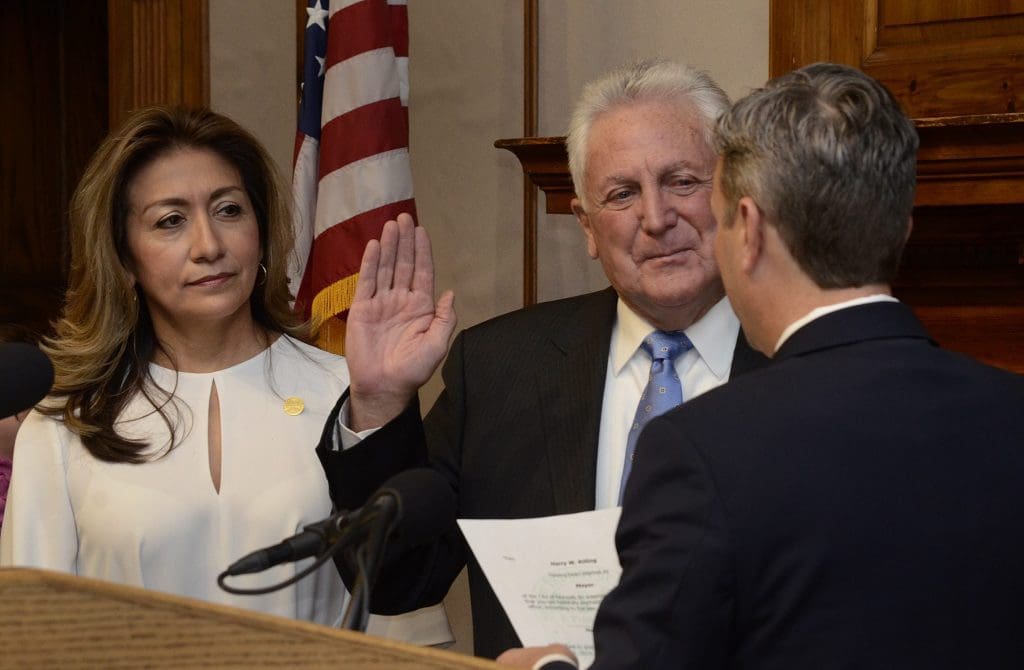 “Six years ago, we started this journey together. And there were some pretty choppy waters that we had to navigate, but we got through. And I think we did so together,” Rilling said in the City Hall community room, in front of political leaders and staff members.

Rilling won reelection on Nov. 5 with 55.5 percent of the vote. “The voters have spoken,” he said. “And I believe that the voters recognize that Norwalk is a city on the rise, a city that’s moving in the right direction, a city that other people are looking at and saying, ‘Wow, that’s a city I’d like to be a part of.’” 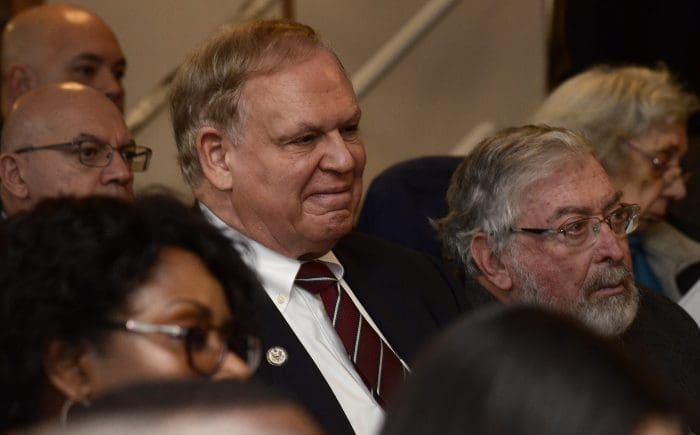 Rilling’s speech echoed many of his campaign comments, stressing the teamwork involved in the accomplishments he was listing, the investment in school infrastructure and the Board of Education’s strategic operating plan, and “the first restructuring of our City Hall.” He touted the data-laden Mayor’s Dashboard and support for the police and fire departments.

“Well, where are we going now? We know that the City of Norwalk is working a library expansion, a 25,000 square foot expansion of the Norwalk Public Library, and hopefully make that area… a downtown anchor for the Wall Street area,” he said. The YMCA will open at 98 South Main St., hopefully this year, he added. 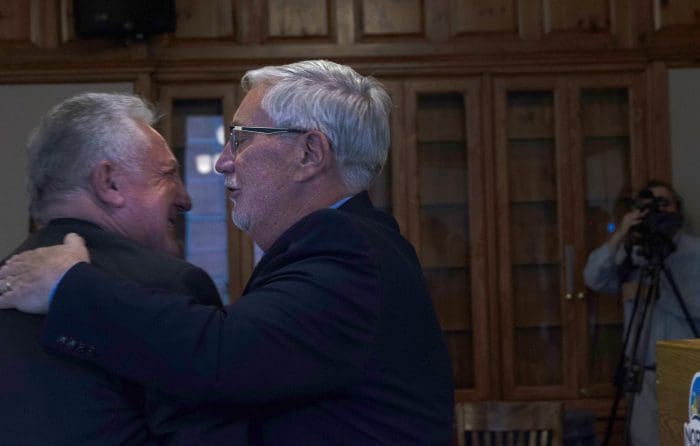 McQuaid was sworn in by his wife, and offered no comments.

Now back to growing the population, to grow the grand list, to pay for the walk bridge the taxpayers don’t want.

As Mayor he’s sold on the vertical lift bridge. As a city we are oblivious to alternatives and have refused an independent study on a $1.2 billion ++ project.

2 more years of Rilling, 5+ years of construction and traffic!