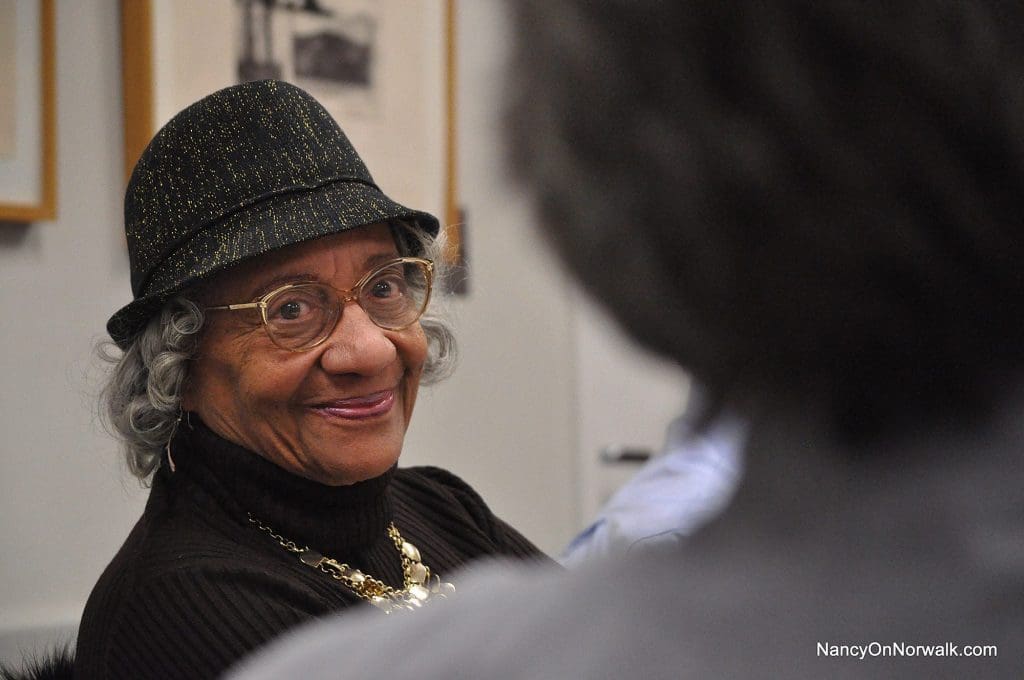 Former City Clerk Mary Roman serves the city in 2016 as a member of the Charter Revision Commission. (File photo)

NORWALK, Conn. — There are now five confirmed COVID-19 cases in Norwalk. One of them may be former City Clerk Mary Roman.

Facebook posts indicate that Roman is in Norwalk Hospital, and diagnosed with COVID-19, otherwise referred to as coronavirus. Mayor Harry Rilling said he could not confirm or deny the information.

He did say there are four COVID-19 positive test results in patients. At 5:37 p.m., he released a statement, upping that total.

“Since yesterday, there are three new positive cases in Norwalk, bringing the total positive reported cases in Norwalk to five. In Fairfield County, the number of new positive cases went from 48 to 69. The age and sex of these individuals will not be released. The public is asked to take precautions, regardless of any connections to known cases, as community spread is likely happening across the state.”

Her son, Craig Roman, in a Facebook post said she was taken to the hospital on Saturday. On Tuesday he wrote, “I would like to thank everyone for your prayers and well wishes. I know she is feeling it and fight this.Update they moved her to ICU the Dr. said she is resting comfortable. This really sucks not being able to be with her so it’s driving me crazy.”

On Wednesday, he posted, “So my mom has tested positive for the virus she is still in icu they have her on antibiotics she is stable. They will have a better prognosis in 24/48hrs. Thanks again for your prayers and positive comments.”

“Local legend Mary Roman is a world-renowned Senior Athlete. She holds records in every senior age category, most recently the Over 80 grouping, competing in numerous events. Mary is also the former City Clerk, a tireless volunteer with the Norwalk Rotary Club and Norwalk Old Timers Sports Association and she sits on the board of the Norwalk Senior Center.”

Roman is also Secretary to the Board of Directors of Norwalk Senior Center, her Facebook page states.

She’s an Olympian. She’ll conquer this challenge as she’s conquered others. No doubt. Just do it, Mary!

Get well soon, Mary and all Norwalk folks who are fighting this!

Healing best wishes sent Mary Roman’s way and to all who have tested positive.
For those who have the flu or common cold, curtail the length of suffering by building up your immune system.

Prayers for Mrs. Ronan and her family.

Mary, we are thinking of you from afar. Get well!

Get well Mrs. Ronan..I followed your Olympic wins and was so heartened by your dedication! Prayers for you and your family.

Our local leaders should be embarrassed by the slow start in testing. There are probably 100+ cases for every 1 reported. We are among the bottom 10 states in testing as of yesterday.

For those who are not taking the CDC recommendations seriously, realize that your actions don’t just harm the people you will inevitably spread the virus to, but the hundreds of people the virus will exponentially spread to beyond that. Stay inside unless you need essential items like food or medications. Make due with what you have on hand where possible. I’m not seeing the urgency that will be required to get this thing under control. Half-measures have not worked in other developed nations. Everyone needs to take personal responsibility by simply staying home.

“Don’t just do something. Stand there!”

I just wonder if our hospitals would be in better shape if Gov. Malloy and friends did not divert Hospital Tax dollars away from our Hospitals between 2011 thru 2018. I wonder if those BILLIONS would’ve helped hospitals update their infrastructure before this crisis. When CT Dems criticize Trump, they should remember they have plenty of dirty laundry of their own.

Get well! You are a strong and wonderful woman!!

My prayers are with Mary, but who are the others? As a letter carrier I want to know so that if they are my customers, I am more aware and can hopefully avoid possible contamination with the virus. By keeping their identities or addresses secret, authorities are potentially exposing others to unnecessary health risks which is unacceptable.