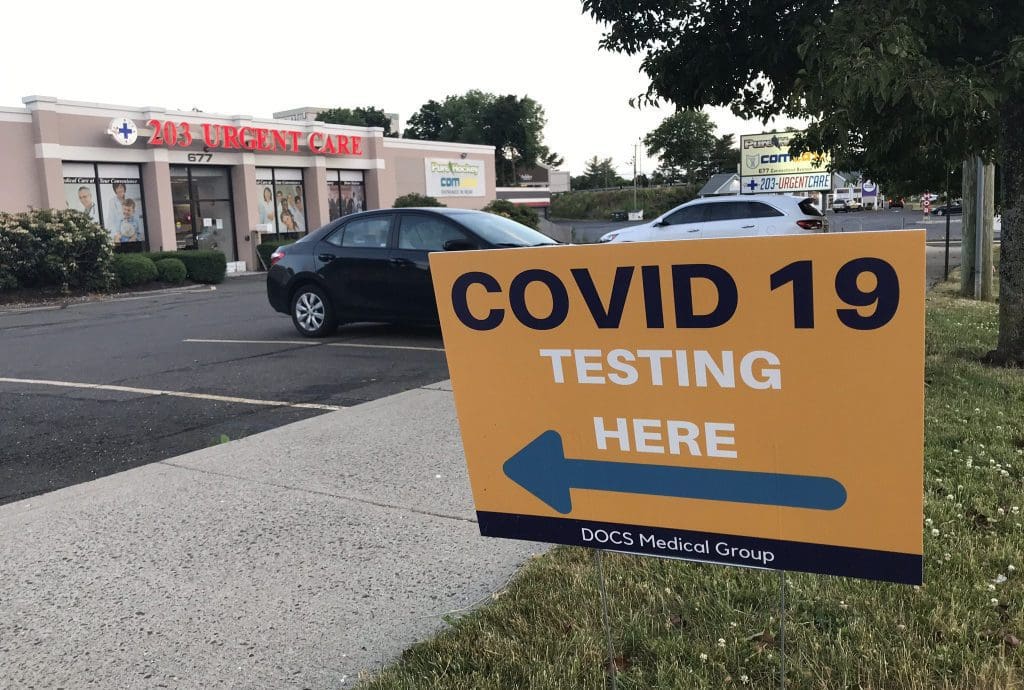 NORWALK, Conn. — Norwalk is retreating back to Phase 2 as of noon Sunday.

“This is a difficult decision, as I do not want to see our local businesses impacted, but my priority remains the health and safety of our residents,” Rilling is quoted as saying. “Our cases are rising and I am deeply concerned. We are now seeing increased cases for those over 70 years of age and we know this population is at higher risk of serious illness and death from this virus.”

On Tuesday, two Norwalk seniors were reported to have died from COVID-19. That brought the total to 151. The last previous death had been announced Oct. 5.

The State put Norwalk into its red alert category on Oct 22 because there are more than 15 positive cases per 100,000 residents in a two-week period.

Norwalk’s move back to phase 2 was prompted by the State keeping Norwalk in red alert today, the announcement said. Rilling’s evening update reports 54 new positive test results. Rilling called it “not a surprise” that the city is entering its second week in red alert.

“We have ramped up testing to try to slow this virus down, but it continues to spread rapidly, as people are not following all public health guidelines,” Rilling is quoted as saying. “Residents must take this seriously. Please, stay home if you can, limit travel and errands whenever possible, and always wear a face covering in public.”

Under Phase 2, businesses and events are allowed less people.

Expect more spot checks at local businesses: Rilling authorized additional staffing for increased enforcement, the announcement said. Violators will face a heavy penalty as, “Any establishment found in violation of public health guidelines will be ordered closed for at least two weeks.”

“It will take all of us to slow the spread of COVID-19,” Rilling is quoted as saying. “We will have a zero tolerance policy for restaurants, businesses, and establishments found flagrantly violating public health orders. Businesses have to be responsible for enforcing social distancing and ensuring patrons wear face coverings. A rise in cases is a situation public health experts predicted if guidelines were not followed. We are unfortunately seeing that ring true in Norwalk.”

And yet the kids can still trick or treat. Inconsistent.

If indoor gatherings are being limited to 25, how is keeping schools open being justified? At the high school with the hybrid model 950 people are in the building at a time. Even if only teachers/staff were in the building it would be 150.

To the person who said the kids can trick or treat- inconsistent, not true. 5he CDC said last week children should not trick or treat and recommended 10 other things to do for future.

Turn in the screws.

Before covid WHO had defined a pandemic as any population that has a 1% infection rate. Today it is 100x more restrictive. I guess City Hall won’t be open until just before next election season heats up.

Norwalk’s testing is a joke. Docs is full, CVS is full, Walgreens is full, to be tested at Norwalk Hospital you have to go into the ER – no drive up but you need to wait in the waiting room (because that is healthy) and Day Street has a line around the building and it is cold and raining. I know that Laoise King and the mayors form of leadership is to just stay home and shut down but drive up and easy testing is needed now. It should be fast, painless and drive up. No doctors note and it should be free. This city needs leadership. When parents get an email that someone was exposed they should be able to take their kids in the car and get tested easily. This is crazy we are eight months into this and Norwalk’s leaders haven’t figure this out..why is testing not easy?

needed distancing
many contradictions
I don’t know what to think
be safe everyone!!

Sorry Nora. If you haven’t figured it out by now, it’s about a lot more than this virus. It’s about control and you do that with fear. If everyone were to be tested tomorrow we’d know exactly what we are dealing with, but that’s not the goal. The goal is to drag this out as long as possible and only communicate numbers that install fear. If I’m wrong, then why are we never told about the rapidly declining mortality rate, the rapid decline of average time spent in the hospital, the number of asymptomatic people testing positive multiple times, the recovery rates, the capacity of the hospital, and the ICUs, etc..

In other news, have you noticed how many businesses have shut down on Westport ave in the last few weeks? Seen downtown Westport? This latest dictate by our local kommandant guarantees to mothball even more restaurants with zero evidence that any of these cases were contracted in them. Criminal.

I looked at the Phase 2 vs Phase 3 guidelines. Rilling said on his voice mail that most of the transmissions have been family gatherings and parties. Phase 3 calls for groups of 25 inside and 150 outside; Phase 2 calls for groups of 25 inside (the same) and 100 outside (but now it’s getting cold out). What doesn’t make sense to me is: how is moving to Phase 2 going to limit the virus where it supposedly getting out of control? And why are schools not addressed at all in Phase 2 vs Phase 3?