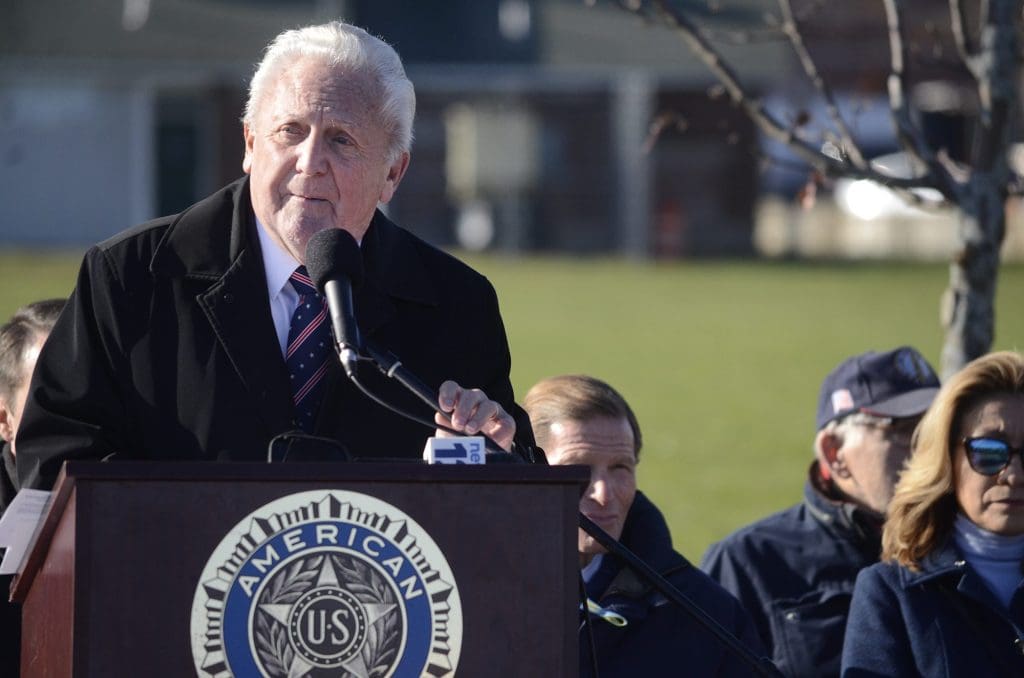 NORWALK, Conn. — In just 54 days before the end of the year, Friends of Rilling raised $48,000 for a potential reelection bid by Norwalk’s Democratic incumbent mayor.  If Harry Rilling runs for reelection this year, it would be for a sixth consecutive two-year term after having first taken office in 2013.

On Oct. 17, Rilling, 75,  filed a candidate registration form, indicating he was forming a candidate committee.  While he hasn’t officially said he’s running, a statement he released Thursday strongly implies that’s the case:

“I’m very pleased with the results of our fundraising efforts. We only had two events and both were held during the holiday season. One on November 30th and the other on December 27th. The response from our supporters has been quite gratifying.

“Their contributions allow me to connect with Norwalk voters during the campaign season and ask them to support our vision and record of achievement, which includes a balanced budget, stable taxes, responsible economic development, a strong school system, and vibrant, diverse neighborhoods with lower crime, and a high quality of life.

“In the first few weeks of the campaign, we raised $48,000, with more than half of individual contributions coming from Norwalk residents. Contributions also included those made by local businesses and labor unions representing Norwalk Firefighters, Carpenters, Plumbers and Pipefitters, Laborers, Operating Engineers, and Sheet Metal workers.”

One potential competitor, Common Council member John Kydes (D-District C),  has been a 2023 Mayoral candidate for nearly two years.  Kydes formed an exploratory committee in December 2020 and announced his 2023 candidacy the following May; however, his campaign finance filing – legally required on or before Jan. 10 – shows no campaign activity. He had $16,159.37 on had at the beginning of the reporting period and the same amount at the end.

The filing shows 16 donations of $1,000, the maximum amount allowed; more than half the donations were from people associated with development. There are 36 donations of less than $100, all but two Norwalk residents

The documents show these itemizations:

Receipts from other committees

Purchase of advertising in a book

For anyone who doubts Norwalk has been bought and paid for over the past decade. All those development & construction and law firm dollars and still can’t pay for our schools or keep our streets clean.

Even on the local level leverage in politics can be bought. I bet if you really disect the list here you will learn that this is the I owe you a favor Mr Mayor list. Why would a plumbers union give a hoot who the mayor is? Does Harry need that kind of money to run for mayor? Does he even want to be mayor anymore? Harry said his record shows good schools. Mr Mayor, your nose is growing fast. Our schools stink and our superindentent is the highest paid in the state. $322,000 last year for terrible results! Please retire already! Maybe you can turn Taylor Farm into an apartment complex next!

Should Norwalk’s Board of Ethics and Common Council consider campaign reform which would ban real estate developers and their associates (contractors, architects, favored traffic consultants, favored land use attorneys and their colleagues, etc.) from donating to mayoral and other political candidates like L.A.’s officials have done? L.A. also enacted a law which cracks down on pay-to-play and the practice of granting special provision, non-competitively bid contracts to favored developers. Thoughts?