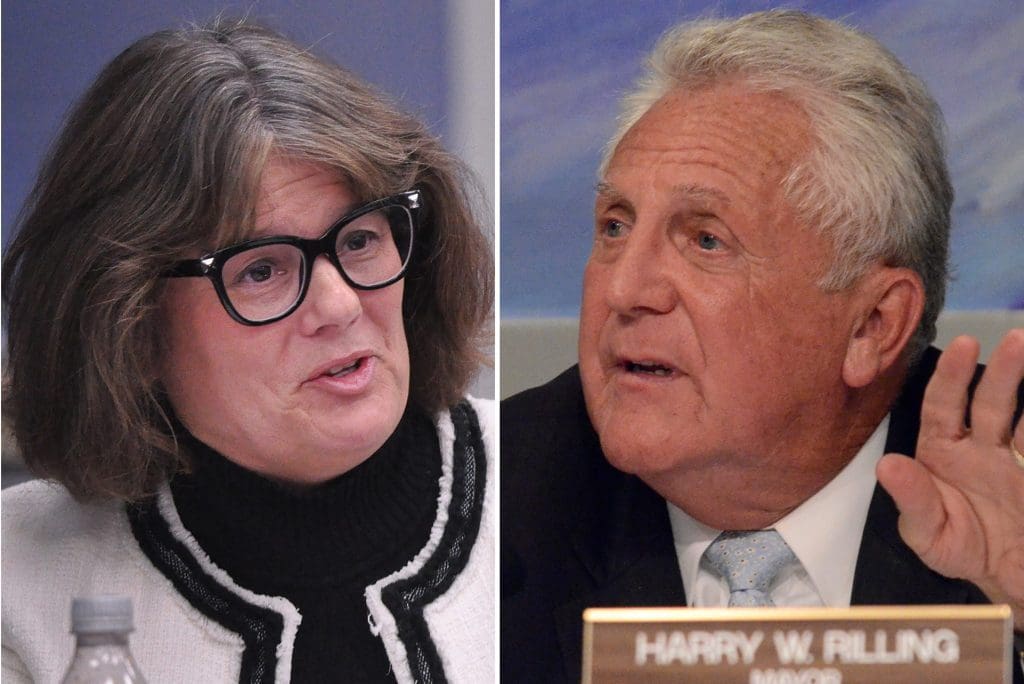 Campaigns are required to file a report seven days ahead of the election.

Brinton did not reply to a request for a response. Her campaign filing did not list any in-kind contributions.

“I continue to be so thankful to the working men and women of Norwalk for supporting my campaign,” Rilling said in a statement. “I believe that Norwalk is on the right track. As our financial ratings, job opportunities, grand list and population show – we are a city on the rise. People want to come here and I want to continue to welcome them here. Economic development is underway across the city, crime is down in every neighborhood and our schools continue to improve – ranking first among our peers on the most recent state report card. I wake up every day believing in this city and its enormous potential. I hope to earn your support, your confidence, trust, and respect once again on November 5th.”

Brinton has characterized her campaign as “David versus Goliath.”

Rilling raised about $12,000 in the same period, but we don’t know from how many donors or where from this report. Curious as to why these details were left out?

So my friends, Lisa is clearly showing the momentum and closing the fundraising gap as the campaigns heat up. Incumbents typically dominate these numbers, so what this shows us is clearly enthusiasm building for Lisa.

THis is my 7th campaign doing the books for a candidate and I’ve NEVER seen this type of enthusiasm this late in the game. Change is in the air.

Maybe someone will report on some more details here for better insight, but I also find the $30,000 expenditure for mailers very curious. Having paid for scores of mailers over the years and knowing a little bit about probabilities and statistics, I can tell you that the odds of a 5 figure mailer costing an exact multiple of $10,000 is 1 out of 1 million. Harry should buy a powerball ticket with that kind of luck.

Bryan, If you look City and State LLC up you will find it has one member. Then google that member’s name you may find a CT Post story on that member from 2011. Interesting.

Brinton has raised more money independently than the last 2 Republican mayoral candidates COMBINED! This has been accomplished without a penny from the State GOP, neighboring towns’ republican town committees, or the Norwalk RTC. Not 1 PAC either.

This lady has done it all on her own. Instead of relying on the establishment, she raised $ from the support of residents who have seen her work on behalf of our city for the last 15 years and watched her run an electrifying campaign.

Kudos! It certainly bodes well for her potential as a leader who will pull all of us together.

Yes, $30k for a key player in the Hartford political machine to send out mail. There are a lot of good local vendors between here and Stamford that provide these services. Meanwhile they are complaining about a few bottles of wine and some cheese and crackers I left off the last report.