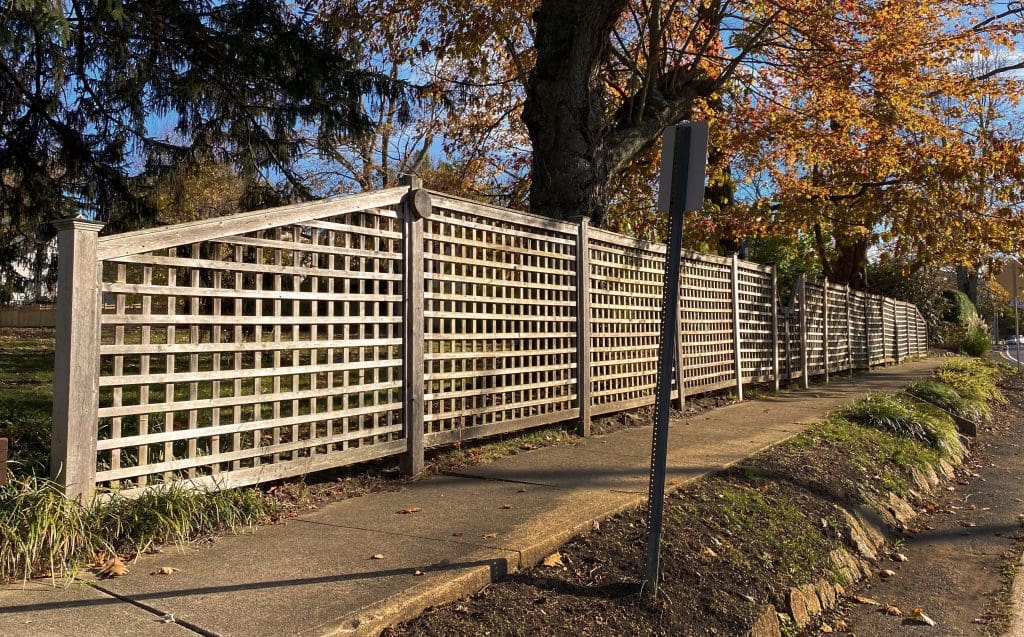 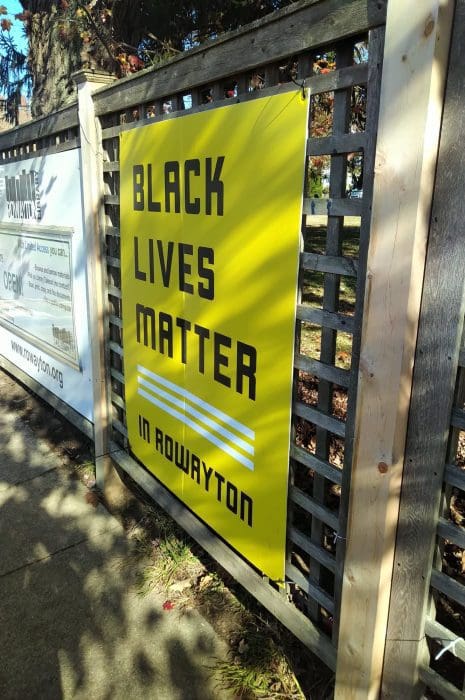 NORWALK, Conn. — The Black Lives Matter sign has been removed from the Old School Fence in Rowayton – and so has every other sign.

Sixth Taxing District Commissioner Mike Barbis said they were taken down due to recent vandalism and the upcoming vote on rules for the fence.

A sign controversy erupted in July:  Black Lives Matter was on the fence for about a month before the Commission had it removed, saying it had exceeded the customary two-week limit for signs. It was also thought to be political and the Rowayton Avenue fence, a venerable roadside community message board, is usually reserved for light-hearted stuff like birthday wishes and event announcements.

Since then, some have accused the Commission of being racist by disallowing what they see as a simple statement, not a sign advocating a political movement. Multiple heated district meetings culminated last month with the Commission voting to allow the sign to return, at least briefly.

Barbis, in that Oct. 21 meeting, said the rules allow the sign to be up for two weeks and “let’s put the sign back up for the time.” This was after he suggested that all the signs be removed.

“I’m willing to put the sign back up for two weeks, and I sincerely hope that it doesn’t get vandalized,” Commissioner Tammy Langalis said.

The decision to remove all the signs came two weeks after that meeting.

While the Sixth Taxing District administers the fence, the property is actually owned by the City.

“We note that the City of Norwalk allows no signs of any kind on their properties.  The Old School Field Fence has always been an exception due to history and the 6TD’s oversight of the fence,” Barbis wrote in his Facebook announcement.

The issue hinges on the rules for the fence. Commissioners invited the community to weigh in but insisted that the vote be done in person. It’s scheduled for Dec. 2, from noon to 8 p.m., Barbis said. Until then, there’s a moratorium on signs.

Barbis, Langalis and Commissioner John Igneri did not reply to an email from NancyOnNorwalk asking for details about the vandalism.

The announcement that all signs had been removed drew a few reactions on Facebook, none from supporters of the Black Lives Matter sign.

“{U}nfortunately, a small group of people tried to force theirs social/political views onto the fence disregarding or forcibly trying to change the rules,” one Rowayton resident said.

“Too bad as the fence until recently has been a joyful platform for all that we celebrate in our community,” another said.

“Very sad,” another said. “After decades, a valued community notice board will be taken away because people feel the need to promote one agenda or another. Maybe a specific list of allowable content is needed.”

While we are on the subject of Rowayton I’d like to congratulate realtor for selling house this month for record $6.6 million…My only question is why the city last valued that home at only $3.1 million. Didnt they realize the stairway led to another floor? I’m sure there’s a reasonable explanation.