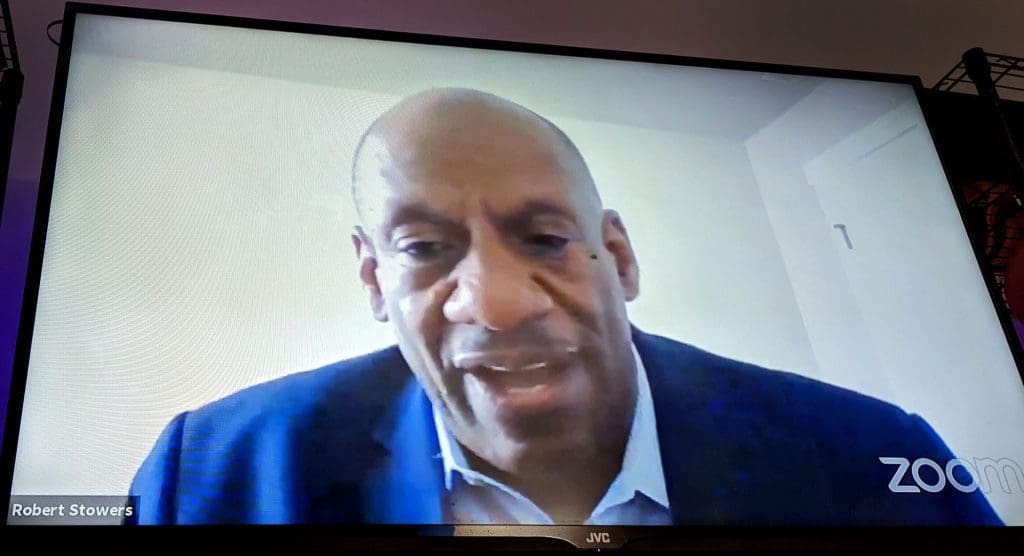 Robert Stowers was approved Tuesday with a unanimous Council vote. He’ll replace Nick Roberts in the position, who only held the post for two years after replacing long-time Recreation and Parks Department Director Mike Mocciae.

Roberts said he was returning to Florida to be with family. Stowers, in his application for the job, said he coming to the east coast to be closer to family.

He’s led “several different Seattle Parks and Recreation Divisions” over the course of a 40-year career there, he said. His latest role is Division Director of Enterprise and Partnerships in Communities (EPIC); the division handles revenue generation and partnerships.

Before that, he oversaw eight managers, nearly 400 full-time employees, a $50 million operating budget and a nearly $4 million capital budget as Division of Parks and Environmental Sustainability Director, he said.

Seattle’s population is just under 756,000, PopulationU.com states. It’s the largest city in the state of Washington, with an area of 142 square miles.

“One of the things that became very apparent as he talked to us about his experience in Seattle is that as big as the city as it is, they were dealing with so many of the same issues we deal with here in Norwalk,” Smyth said. “I just found him to be someone who thinks outside of the box, who knows how to make a lot with a little bit of money, and just have some incredible experience.”

She was just in Seattle and noticed “really creative parks,” “little postage stamps of grass” in improbably places where you wouldn’t think a park could go, she said. That included an art park with “incredible sculptures” in “a creative use of space.”

Recreation and Parks Committee Chairwoman Darlene Young (D-District B) said “everyone is exited” about Stowers coming to Norwalk.

Stowers said, “The one thing I really liked about the city is it’s got a lot of water around it.” Seattle is referred to as the Emerald City and, “It’s good to come to a place that resembles where you’re from, in terms of the way the vegetation and the water, everything looks very healthy, and I like living in a healthy community.”

Rilling said the City began moving the Parks Master Plan forward Monday, and Stowers can pick up the ball and run with it.

“I’m looking forward to that. And as you know, I like to think out the box,” Stowers said. “I’m not a person that says no to things … when the challenges are brought up before me. I’m not one to say ‘I can’t do it.’ I always try and find a way to get things done. And in Seattle, that’s what I’m known for.”

Stowers went on a bit, and Rilling attempted to break in so the meeting could continue, just before Stowers concluded.

He mentioned homeless encampments in Seattle parks and roadways. He was picked to lead the initiative to clean up that situation, and was expected to work with the Seattle Department of Transportation and Seattle utilities, he said.

“When COVID occurred, most cities were closing their parks,” Stowers said. “We teamed up with New York to formulate our park ambassador program, I was called on to set up that by the Mayor… she wanted 75 Park ambassadors out in the parks in two days. So we set that up, installed that, it is a program that continues to go on.”

He’s worked with Native Americans on a Save Our Salmon program, becoming its executive director for three years before returning to Parks and Recreation, he said.

“I’ve been known as a person to get things done,” Stowers said. “I don’t give up on things and always trying to, in fact, you know, you might have to tell me that, you know, at some point, you got to give up on something.”

Who leaves a $28 million budget for a $3 million one? What’s next? A space needle full of apartments?

“I found him to have a vision for our parks department and our parks programs,” Smyth said. “One of the things I asked him to be aware of is the difficulties for our children who live in poverty, and the problems we have in getting swimming lessons for them. It’s a health issue. It’s a concern for their safety. So, he was so responsive to that, that I was really impressed with his answers.”

The above are Barbara Smyth’s comments about the last guy she signed off on. Anyone who has seen the state of ballfields in this town over the past two years realizes how wrong she was on that pick. She’s obviously easily impressed or has a low bar on expectations. I hope Robert Stowers is a success…I put more faith in Keegan’s comments than Smyths based on past history…

Obviously we pay too much for that job. Nick Roberts left quickly after he saw what a fiasco that department is now. This guy wont last long either. All these nation wide searches for people that know nothing about Norwalk. The mayor surrounds himself with high salaried people in the hopes that they make him look good! Mike Moccaie did a stellar job and the mayor pushed him out. A priority should be that they must live in Norwalk to have the job. Then we will see how they really like the position. This guy now has a staff of 10 people to work with. Maybe he can hire an assistant like Harry for $130,000!

Welcome to Norwalk and the east coast Mr. Stowers! Its a great diverse city with a lot of great people and fabulous parks!

Every day our parks are enjoyed by thousands of Norwalkers and visitors, and they are too busy enjoying life to complain about them. And guess what? Crabgrass grows everywhere around here, including in our ballfields!

You’ll just have to get used to the small group of nasty whiners who never have a kind word for anyone or anything, who are amplified on social media. Trust me, it’s a tiny minority, and its always the same small group. They are quite unhappy about something it seems, and smart folks just ignore them. You can scroll through every post on this site over the last few years, and read the same negative comments by the same people who commented before me on this post.

This is not who Norwalk is, just so you know.

Good luck in your new position!

Joe Madafari applied for this job and didn’t even get an interview! Imagine that. A native Norwalk guy and former McMahon A.D. for 25 plus years. Shameful

I’d like to point out to Robert that for some reason many of our ballfields this summer didn’t even have crabgrass growing on them. Any help he can give will certainly be appreciated. And to those of us who are not part of the political apparatus of the city, we’ll keep voicing our opinions. I wish more of us had the time to do that.

Lets give credit to our City Hall for conducting a wide search for a well qualified Park Director. On the whole our parks have been a great resource for our City. Old Timers can easily identify the improvements over the years. Calf Pasture in particular is in far better shape than it was decades ago. The numbers of visitors and City residents that enjoy Calf Pasture is quite impressive.

piberman
Of course, you do realize that the reason Calf Pasture in particular is in far better shape than it was decades ago is because of a local guy as in Mike Moccaie.
It was not because of a wide search.

A lot of the issues you folks speak of were here when the new directors arrived and will continue until address properly it took 30 plus years to destroy and will not be fixed in 2 years or more years. With that said welcome to Norwalk Robert the home of everyone knows more than God