NORWALK, Conn. – Here are some items of interest that were seen or heard recently in Norwalk:

McCarthy once shot a video from his car — while driving — in an effort to catch Barbis doing something illicit. Recently, all McCarthy had to do was walk away from Town Clerk Rick McQuaid to have information fall in his lap.

Unfortunately, it was wrong.

McCarthy was in McQuaid’s office for a while, and, when he came out, he spotted a tall man studying one of the  land record database terminals in the office. McCarthy greeted the man in a friendly manner, and they began to talk about something the man had looked up – Barbis’ land records.

“Gee, it’s too bad a reporter isn’t around,” McCarthy said, amused, loud enough to get the attention of this reporter, who was sitting right there.

He left with the other man, pointing to the computer screen.

The screen showed a certificate of discharge of property from federal tax lien. 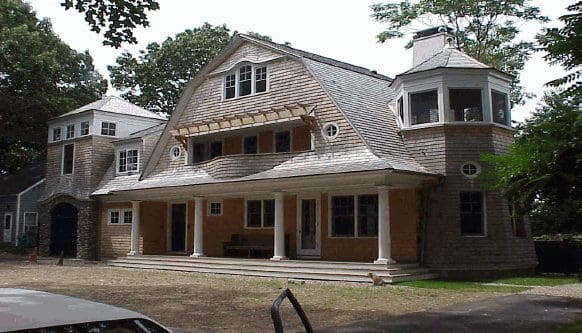 That was the only listing for Barbis for 2013 in the town clerk’s computer system.

In October 2011, a manila envelope with no return address on it was delivered to what was then the office of Main Street Connect, publisher of what was then The Daily Norwalk. It contained documents detailing Barbis’ legal problems and a pending foreclosure of his Pine Point Road property.

Barbis’ legal problems and a pending foreclosure were widely reported upon. The database shows that Barbis, who is the BOE Finance Committee chairman, has been working his way out of financial problems. 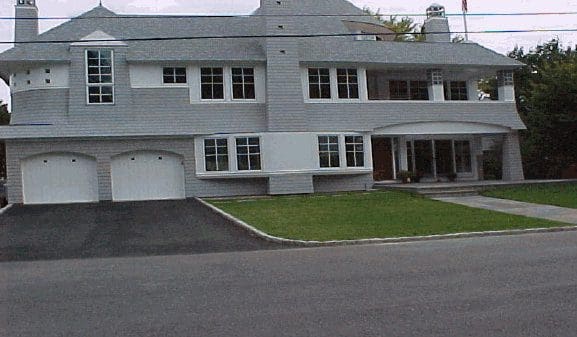 The home David McCarthy shares with his wife, Pamela Block Works, in Rowayton.

Other information available through the city’s website, which we perused after checking out what McCarthy directed us to: McCarthy is co-owner of an outbuilding, which was purchased in 2008 for $175,000. He owns no other real estate in Norwalk. The house he lives in is owned by his wife, Pamela Block Works, and John Works.

Watch the video of the June 25 council meeting and you’ll see Councilman Matt Miklave (D-District A), a candidate for mayor, give McCarthy a chance to bask in the sun for an accomplishment — except it was also a chance to plug performance-based budgeting, which Miklave has made a central theme of his campaign.

At the 44-minute mark, Miklave says McCarthy should take credit for his role in capital budget realignments that moved projects from one department to another.

McCarthy said, “We went through all of the capital budgets with the intent of seeing if there were any items we could move to increase the likelihood of them getting done. There have been some changes in departments as well as some money reallocated, per your direction, to address the planning phase, to get to full detail planning for some of the flooding related projects in the central Norwalk area. So hopefully all of these dollars can be put to good use to accomplish those goals.”

McCarthy thanked the department heads involved, which was seconded by Mayor Richard Moccia.

“Trying to use dollars in a way that we can expedite, and the details are in the packet,” Moccia said.

Warren Peña also said it was nice, then Miklave threw his sucker punch.

Without spending that much time on it, McCarthy and the department heads found money that wasn’t being used efficiently, Miklave said, freeing up $2.2 million.

“Imagine what we could do if we were doing that with a $330 million budget, if every department head were adopting the principles of performance based-budgeting and using that to really squeeze the savings out of the budget,” he said.

Moccia said he wanted to “just point out” that he did have some involvement in finding the savings and moving the projects, drawing a little laughter.

Miklave suggested Moccia should look at his website, where he pitches the need for performance standards.

Moccia, who had earlier talked about civility, said, “That, or sort my socks, I’m not sure, one of the two.”

“I got two identical {water} bills mailed to me,” she said in an email. “If they did that to every rate-payer, they’ve wasted money by doubling their postage and printing costs for this bill run.”

Doubly offensive because of recent history, she said.

“This is the same water company that offended rate payers last year by raising their rates because their users were conserving water and using less,” she said.

Crossing the line in politics

Common Councilman Bruce Kimmel (D-District D) asked Department of Public Works Director Hal Alvord this week the feasibility of putting signs up to delineate Norwalk from surrounding towns, like, for instance, on Apple Tree Lane at the city limits.

Alvord said it would have to be done on a lot of streets, and then Kimmel revealed the real reason he thought it was “weird.”

“It’s in District D,” he said. “I campaigned once for about 40 minutes in New Canaan.”

Thank goodness, a woman finally stopped him, he said.

Alvord said it is a difficult problem.

“There’s an awful lot of streets that go into neighboring towns, and some that line goes right down the middle of the road,” he said. “In most of those cases we have an agreement … how it’s going to get plowed, drainage, pavement.”

There’s a way for a campaigning politician to figure out when he should turn around, Alvord said.

“Generally the way to tell is to look at the pavement,” he said. “There will be a line in the pavement because we pave it at a different time than our neighbors do.”

The story about David McCarthy trying once again to dig up dirt on Mike Barbis is far more illustrative with respect to McCarthy’s character than Barbis’s. The campaign by McCarthy to smear Barbis borders on obsessiveness. It shows that instead of offering the voters a positive role model, he’d rather indulge his childish instincts to lash out and hurt an imaginary opponent. After the recent shameful behavior by Brown and Krummels the other day, it’s becoming clear that it’s time to clean house on both sides of the aisle in the upcoming election.

I’m just curious as to how someone manages to owe the IRS that much and get away with it. I screwed up a few years ago, back when I still paid by check, and transposed a couple of numbers, and owed Uncle Sam $40 – and they were after me before I’d even balanced my checkbook!

It is starting to look more evident that Miklave uses the term “PBB” because “Hope and Change” is already taken. With four months to go, can he outline one specific goal he would achieve with PBB? If not then it is just a platitude to disguise the fact he hasn’t achieved anything in ten years on the council. Can one person in the press ask Matt why he hasn’t proposed any set of performance goals since he announced for Mayor? He actually has the power to do this as a council person, but I guess he expects us to vote for him first and then find out what they are.

On this one, I will actually apologize to Mr. Barbis. I was walking out of the clerk’s office and Nancy was sitting there. That someone (who had no idea who Nancy was) chose that time to look up Mr. Barbis’s records had nothing to do with me, nor did the fact that he started mocking him.

My reaction to what this individual said was an honest one. I have no idea what Mr. Barbis owes or owed anyone. I don’t owe anyone $1.5M, certainly not Uncle Sam.

I made a comment more to poke fun at Nancy than anything else, and that this is the result does reflect poorly on me for having said anything to her. I guess I need to learn that lesson. That Nancy emails asking for help with something one minute and publishes this as news the next, well…

An aside: that my wife was a widow with a small child when I met her is no secret. That my name is therefore not on the title should be no surprise. My banking records paying the mortgage and taxes are all up to date.

How does someone that deep in debt tout fiscal responsibility?

Regarding Hal Alford’s comment — just look at the different paving lines — on how to tell when crossing town borders: It was dark out when I made the mistake of campaigning in New Canaan. And with no street lamps, no way I could tell.

@D(ysfunctional)TC
I have been saying this for a while now. Where is the evidence from Mr. Miklave’s ten years on the Common Council of Mr. Miklave identifying and proposing ways to save money? If Mr. Miklave is sincere in his claim of wanting to save money for the City, then after ten years on Council including time in the majority and the leadership, there should be mountains of evidence in the form of savings achieved or, at the very least, proposed.
.
Instead, all we have from Mr. Miklave are generalities. “Let’s look carefully at the budget and see what savings we can find.” He has had 10 years on Council to do this, what’s stopping him? Are we to believe that in 10 years on Council, Mr. Miklave hasn’t taken the time to look closely at the budget and identify savings? Perhaps he won’t make specific proposals because he doesn’t want to offend whoever benefits from whatever wasteful spending he feels is on the books. Whatever the case, we certainly remember how Mr. Miklave recently fought tooth and nail against outsourcing of garbage collection and the accompanying savings of $1.7 million per year. The reason? He didn’t want eight union guys re-assigned to a different department.
.
In the meantime, we have Miklave cheerleaders posting on these pages that with PBB it will be possible to have well-paid teachers and lower taxes. If you believe that, I’ve got a pier at Calf Pasture I’ll sell you. Whoever is chosen as Mayor Moccia’s opponent, I hope it’s not someone who thinks the voters could fall for such an election year gimmick from “Officer of the Court” Miklave.