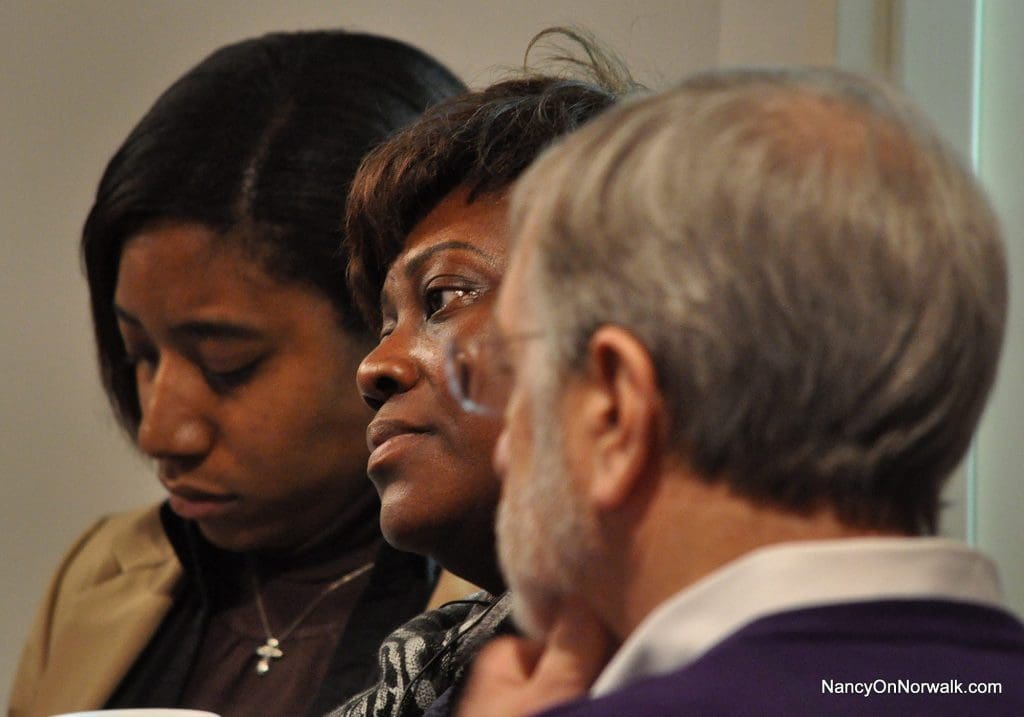 NORWALK, Conn. — Sharon Stewart, known to many for her passionate efforts to help others and for being a good person, died Tuesday at age 64 after a long illness.

Stewart served on the Common Council from 2013 to 2015 and was a Democratic Town Committee member.

“She was a wonderful person; she loved her community. I think the best part of her journey was when she was able to serve the underserved of Norwalk,” said her sister, Sonja Oliver. 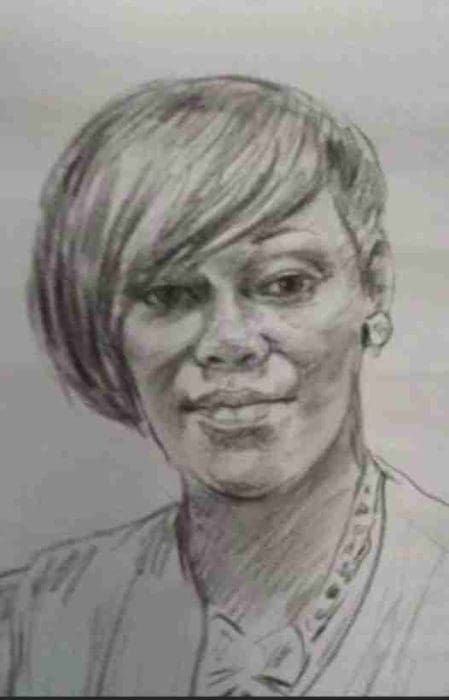 A portrait of Sharon Stewart, posted to Facebook on Wednesday. “This is my favorite picture of my sister-friend,” the poster said. “She was someone I considered a sister who took me under her wings when I was young and foolish. Someone who was there for me when I couldn’t be there for myself. Someone who would tell me I was wrong, I would somehow make it right and let her know I did. Someone I could trust with information that I didn’t feel comfortable with. Someone who would get on my nerves (we argue and fight) but we always told each other we loved each other when we hung up the phone. Someone who encouraged me to see the beauty in things that was not pretty. I missed her way before she earned her wings; I survived a few things without her these last few months by remembering her voice reminding me to ‘listen to God’ then make a decision.”

“Sharon was a well-liked person who was known throughout the Norwalk community,” Mayor Harry Rilling said. “In addition to her service on the Common Council, she dedicated many hours helping others in need. On the Council, she always engaged in discussions on major issues with thoughtfulness and extreme insight.  Her contributions were many.  The City of Norwalk extends our deepest condolences to Sharon’s family.  She will be missed.”

Town Clerk Rick McQuaid, who served many years on the Common Council before being elected to his current paid position called Stewart, “Truly one of the best people I have worked or served with.”

“There was no one she would turn her back on,” Oliver said, recounting Stewart calling her the night before one Thanksgiving, at 10 p.m., to say she knew a family that had no food for a holiday feast and asking for help to fix that situation. “We delivered it to that family, turkey included. That’s the stuff that made her happy, when she could to do that.”

In 2013, at an East Norwalk candidates’ forum, Stewart said, “I get to see first-hand the other side of the people’s plight and what’s going on. I would like to see better job prospects. I would like to see us not have so many box stores because the box stores aren’t really paying any salaries that are making it easier to live in Norwalk.”

Stewart ran at large, although she was an active District B Democrat. 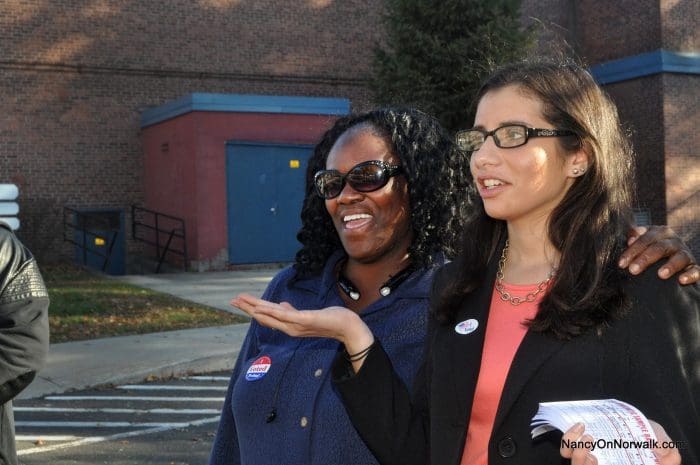 “We are so saddened by the news of Sharon Stewart’s passing,” Norwalk Democratic Town Committee Chairwoman Eloisa Melendez said Thursday in an email sent to the DTC. “…She served as a member of different boards and commissions including the S.N.E.W Ethics Commission and the Planning and Zoning Appeals board.”

First Taxing District Commissioner Jalin Sead, commenting on Facebook, said that when he decided to get involved in politics, he met with several elected officials, including Stewart.

“From that day on Ms. Stewart always offered advice, support, or jokes. Ms. Sharon Stewart was a strong advocate for the community, a humble yet powerful servant of the people,” Sead wrote.

Stewart had no offspring but “all” of her approximately 30 nieces and nephews “were her children,” Oliver said. She loved hanging out with her family, especially her mother.

“She loved to read; she would read anything,” Oliver said. “When we were kids, I used to laugh at her and say, ‘What is your problem?’ Because she was getting a newspaper sent to her from various places.”

“Sharon made it her life’s mission to serve our community and she will forever be remembered for that,” Melendez said. “It was an honor to know Sharon and to work with her on the Council together. We are praying for Sharon’s family and loved ones.”

My condolences to Sonja Oliver and their family. I pray God’s presence of peace during your bereavement process. Sleep well Sharon!

Truly one of the best people I have worked or served with.
Rest In Peace my friend and we Thank you

RIP Sharon. I am sorry to hear of this. Sharon was always a nice person, who did try to do what she thought was best.

I will cherish our last time together, hours together, at the computer in the library, where we met many years ago due to her nephew Latrell.

R.i.p. she was a kind woman. Deepest sympathy to the entire. Stewart family. God bless.

April 7,2022
My heart is so heavy as I read the news about the passing of my dear friend.
Sharon always worked helped me with Heart 2 Heart Foundation. I was always able to help her when she needed to find housing for some of the residents. She will always be remembered. Sharon take your rest we loved you but God loved you the Best. To the family, Sharon was truly a great friend. My prayers are with each of you as you plan for her Home Going Service.
May God be with U today and always.
I can be reached at 336 897 6484

4/9/22
So, so sorry to hear Sharon had passed. Her hard work in human services will always be remembered by the community she served.
May God bless her family and all those lives she touched during her lifetime.
Izora & Mack Ebron Jr. and Family

It is with great sadness to know that Sharon has passed on. Sharon was beyond a blessing to my daughter and I in our times of need. Her love and dedication to everyone in the community is unmatched and there will never be another Sharon Stewart. My deepest and sincerest condolences go out to her family as a whole. Sharon was truly an angel from God to so many and she will forever be missed and loved by the community she served so passionately.