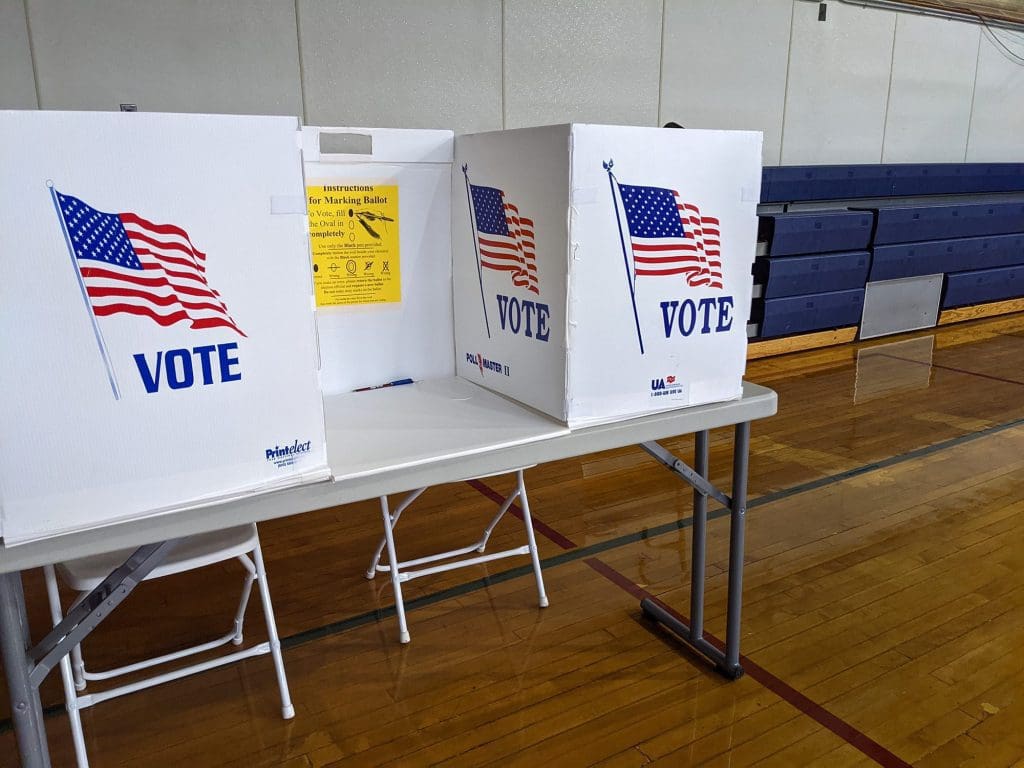 A “triple booth” at a poll last year. It allows three people to vote privately while sitting down, according to Norwalk Democratic Registrar Stuart Wells. The front of the table is for one wheelchair voter’s use, while the far side has chairs for two voters. A wheelchair is wider than a regular chair and therefore gets the greater space.

NORWALK, Conn. — Katherine Price Snedaker is running for Norwalk Registrar of Voters after “collecting the necessary 409 signatures, or 1% of the voter turnout from the 2020 election,” a news release said. “She will appear on the Independent Party line.”

“Snedaker and her team spent the summer collecting signatures from Norwalk voters across all party affiliations. Unaffiliated and independents make up the largest voter group in Norwalk, representing over 40 percent of the city’s registered voters,” the news release said.

Neither Republican Registrar Brian Smith nor Norwalk Democratic Registrar Stuart Wells responded to a Monday afternoon email giving them the chance to respond to the announcement. Smith replied Tuesday to offer information.

Smith explained that Sneedaker would have to come in first or second to become a registrar. Then Norwalk would have three registrars. If she comes in third, she loses.

“If she beats either of us, she becomes a third registrar for Norwalk (and then appoints a deputy). That would make two more people for the office, not that we have the desks or space,” he wrote.

Wells and Smith are unopposed by anyone in their parties in their candidacy this fall. Wells has held the post for years, while Smith first won election in 2021, after being appointed to replace longtime-Republican Registrar Karen Doyle Lyons, who resigned in July 2020. 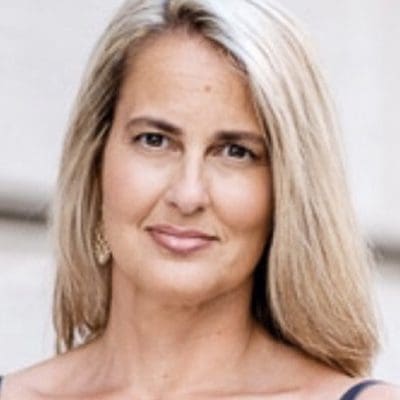 Snedaker ran unsuccessfully for the Norwalk Board of Education last year as an Independents for Norwalk candidate.

Registrars work under the Secretary of State due to the position’s roles and responsibilities, the news release states. “ROV duties include, but are not limited to registering voters, maintaining, and updating the voter registry, organizing, and conducting canvassing of voters to ascertain residency and conducting elections.”

While out collecting signatures this summer, Snedaker was impressed, according to the release.

“I was surprised by the number of residents who were not registered to vote,” she is quoted as saying. “One person I met had lived in Norwalk for several decades and had never registered. I think it is so important for all residents to have a say in the future of their city and direct the change they want to see. I want to reach out to unregistered voters and encourage them to take a role in the future of their city.”

“Snedaker has been a resident of Norwalk since 1993. After completing her Bachelor’s Degree in Journalism from the University of Kansas and then a Masters in Social Work from Fordham University, Snedaker moved to Norwalk in 1993, and began her career at the Family & Children’s Agency. She currently works as a mental health counselor in Fairfield County. Over the past 25 years, Snedaker, a ‘self-taught tech-geek,’ has stayed current on how to create websites and use social media to connect people and share information including projects with the Norwalk Public Schools to connect parents with schools, neighborhood groups to connect them with Walk Bridge and Manresa Park projects; and currently, with dog enthusiasts to advocate for improved spaces for dogs in Norwalk.

“‘Communication and community service runs in my blood,’ Snedaker said, further explaining that her father, Ralph Sloan, was one of the longest serving school superintendents in Norwalk’s history, who always stressed open communication with ones’ constituents was essential to improving the status quo.

“The Independent Party is a statewide proponent of mainstream election reform. Connecticut lags most states regarding open primaries, early voting and other reforms. ‘Both major parties claim and counter-claim a desire for fairer and freer elections – yet both ignore reforms that would increase voter turn-out, improve proportional representation, reduce fraud and tamp down party extremism. Price will be a welcome breath of fresh air at City Hall,’ Independent Party State Central Committee Member, Lisa Brinton said.

“The Registrar of Voters position is responsible for taking care of all voter records, regardless of party affiliation. ‘The position allows me to combine my passion for people and technology and help engage a new generation of voters and those left behind.’ Snedaker continued, ‘One of the most powerful ways one can expresses one’s voice is to vote. Having citizens who vote is essential for the future of our city, state and nation, regardless of party affiliation.’