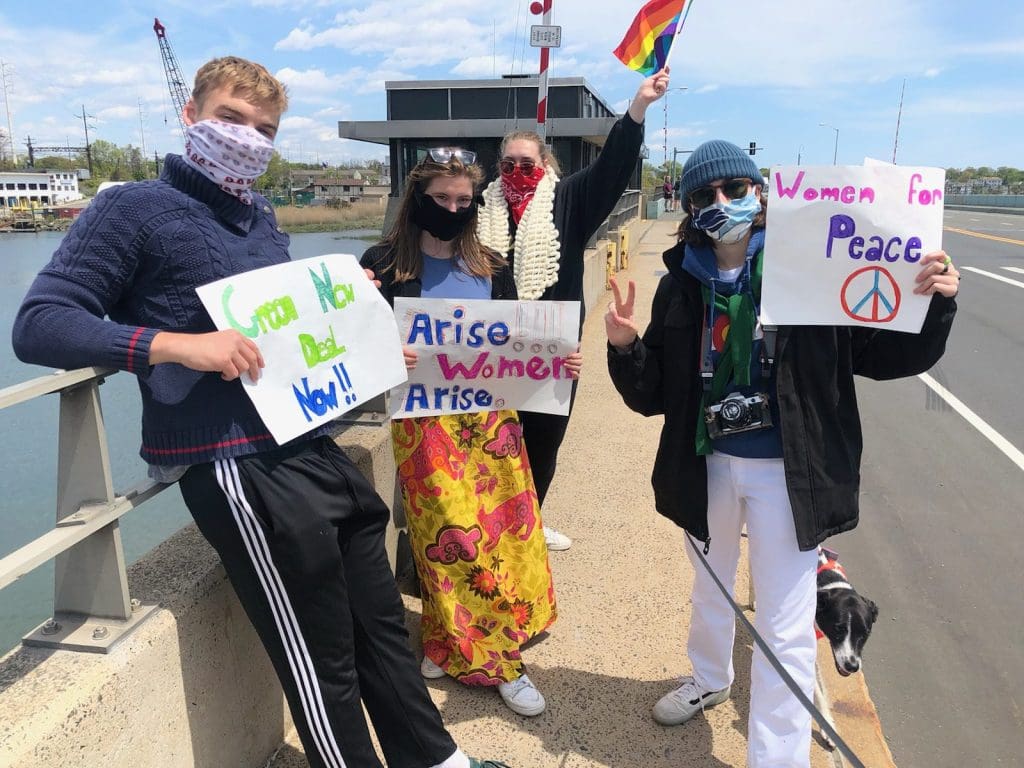 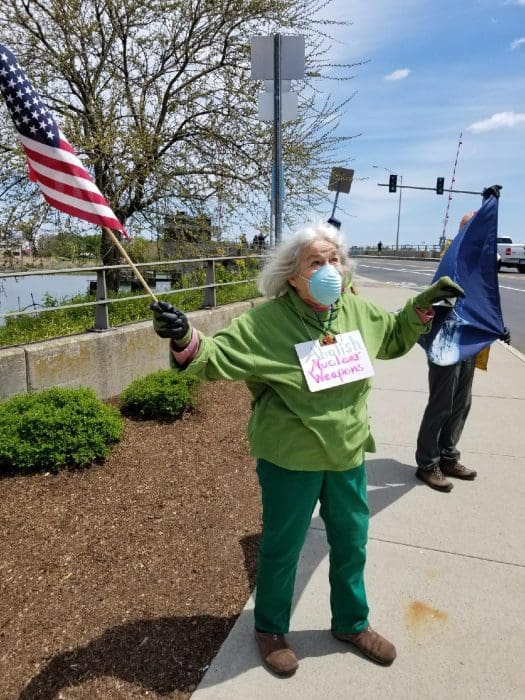 NORWALK, Conn. — Area activists from the Wilton Quaker Meeting (including the Keefe-Levin family of Norwalk, Missy Conrad of Norwalk and others from surrounding towns) gathered Sunday on the Stroffolino Bridge in South Norwalk to honor the original meaning of Mother’s Day as a day to call the world away from war and toward peace, they said.

Mother’s Day was inspired by the Civil War, according to information provided by Diane Keefe, including this:

Arise then … women of this day!
Arise, all women who have hearts!
Whether your baptism be of water or of tears!
Say firmly:
“We will not have questions answered by irrelevant agencies,
Our husbands will not come to us, reeking with carnage,
For caresses and applause.
Our sons shall not be taken from us to unlearn
All that we have been able to teach them of charity, mercy and patience.
We, the women of one country,

Will be too tender of those of another country
To allow our sons to be trained to injure theirs.”

From the voice of a devastated Earth a voice goes up with
Our own. It says: “Disarm! Disarm!
The sword of murder is not the balance of justice.”
Blood does not wipe our dishonor,
Nor violence indicate possession.
As men have often forsaken the plough and the anvil
At the summons of war,
Let women now leave all that may be left of home
For a great and earnest day of counsel.
Let them meet first, as women, to bewail and commemorate the dead.
Let them solemnly take counsel with each other as to the means
Whereby the great human family can live in peace …
Each bearing after his own time the sacred impress, not of Caesar,
But of God —
In the name of womanhood and humanity, I earnestly ask
That a general congress of women without limit of nationality,
May be appointed and held at someplace deemed most convenient
And the earliest period consistent with its objects,
To promote the alliance of the different nationalities,
The amicable settlement of international questions,
The great and general interests of peace.

Decades passed before Mother’s Day came into being, according to Keefe’s information, and much of the original spirit was lost. 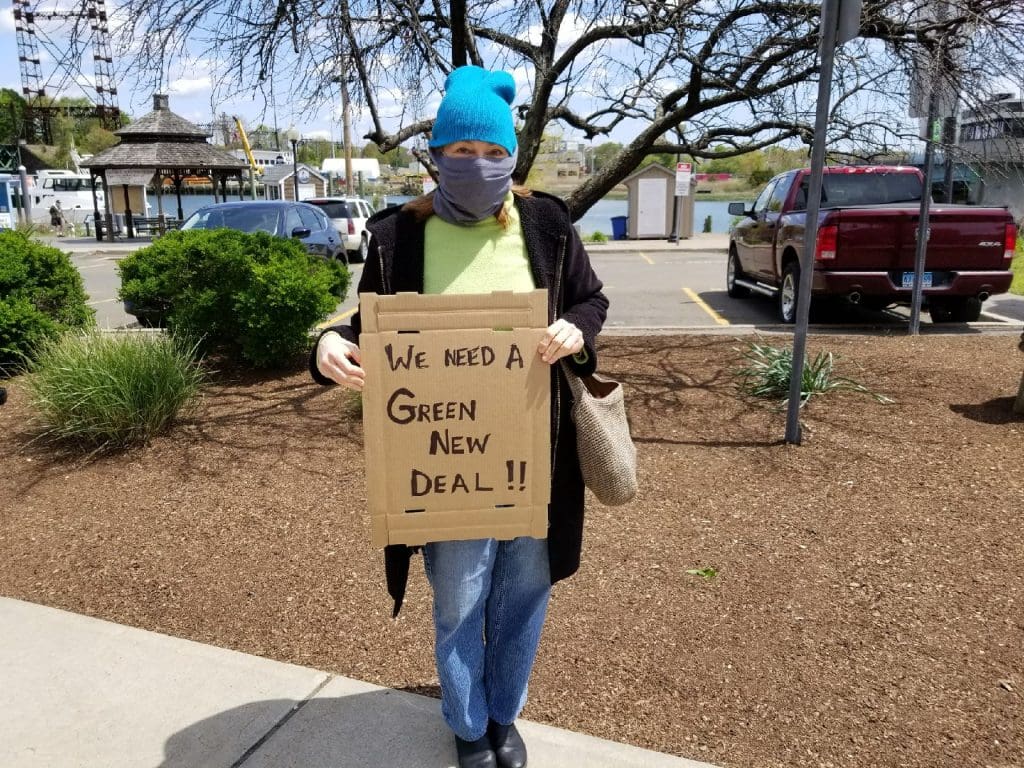 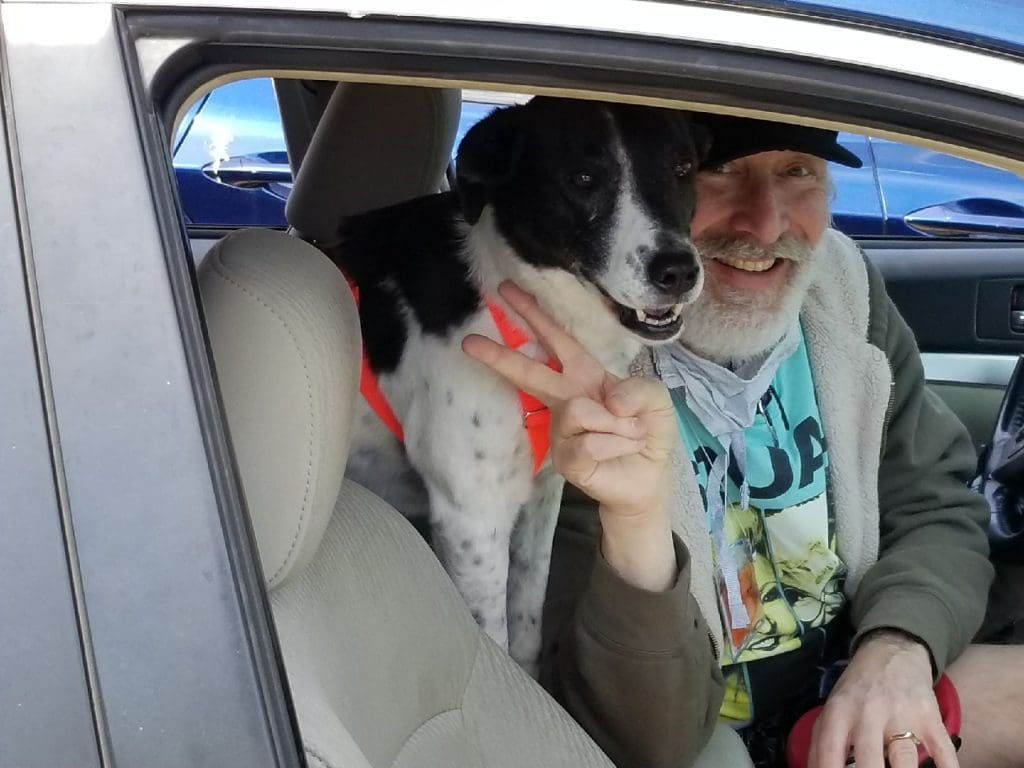 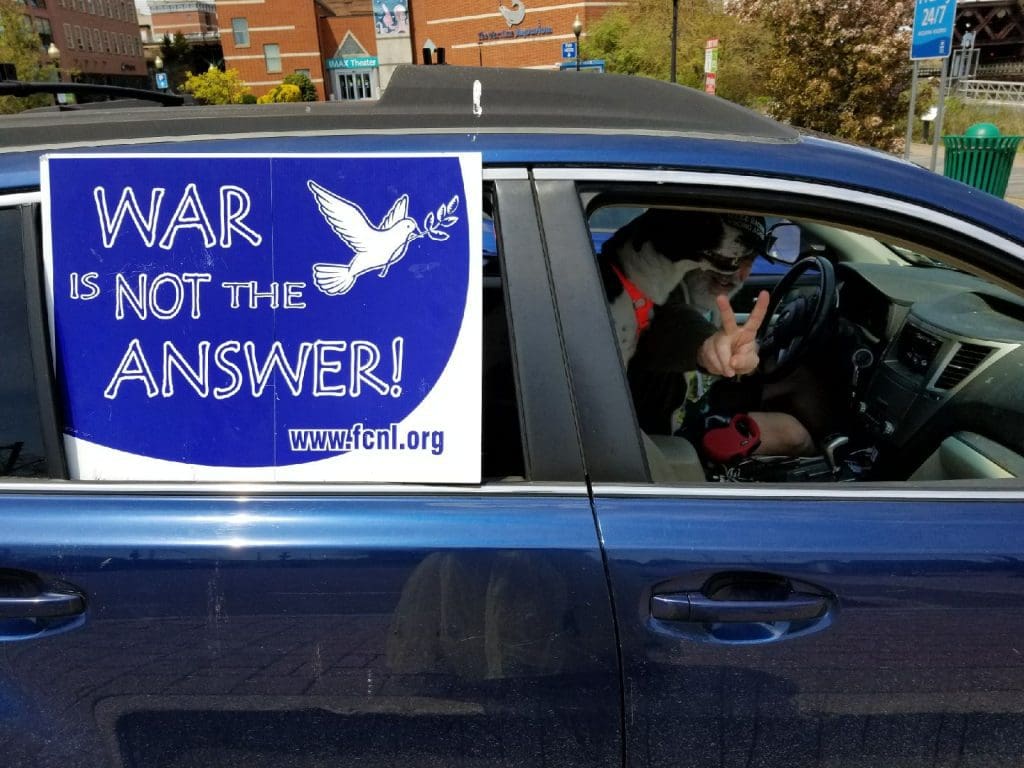 A message for Mother’s Day. (Contributed)

Looks like a well-spent Mother’s Day – thank you for sharing, Diane Keefe! The Biograpy website has a nice page on the nuanced underpinnings of Mother’s Day: https://www.history.com/.amp/topics/holidays/mothers-day
This and Mr. Milligan’s ArtPark on Isaacs are a welcome respite from so much news that has me very worried about our city (and state).

Thank you Diane, the Keefe-Levin family and others for celebrating Mother’s Day in such creative way! Cheers to the Mothers and the people who love them!

Blessings on the Quakers and all other peace lovers for reminding us of (1) this beautiful history and (2) the importance of dismantling militarism today.
Thanks for the inspiration!