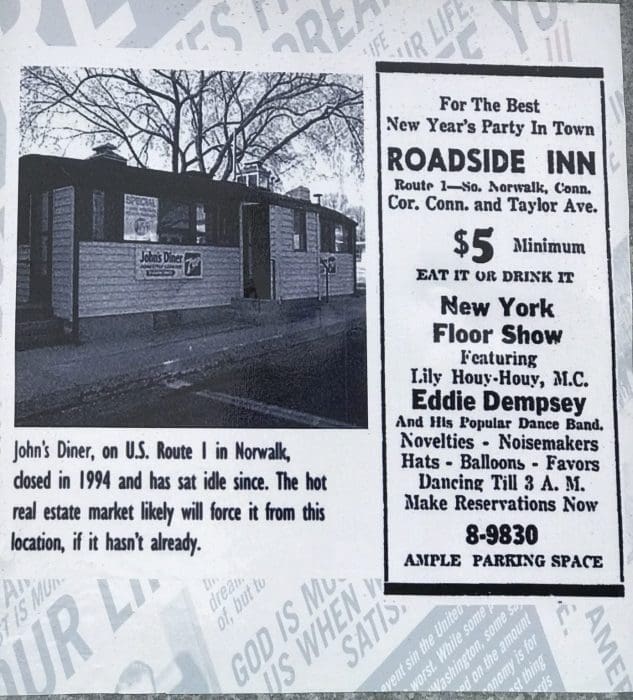 NORWALK, Conn. – Behold the long-defunct diner at 137 Connecticut Avenue. Recently there’s been some activity in the old building, next to Zack’s Barbershop and Baci Deli, so we decided to take a look.

Signs in the window, showing what appear to be articles from The Hour, indicate that Joseph Flynn brought the diner to Norwalk from Port Chester, N.Y. in 1927. John Ferandino operated it as John’s Diner from 1939 until he turned 90 years old, turning it over to his son.

Another article shows that Michael Ferandino ran it until he was 65. Still another sign in the window proclaims that it’s been closed since 1994.

In late 2018, a prospective tenant obtained a building permit to construct a 600 square foot addition in the rear of the 800 square foot building, with the intention of opening a Mexican restaurant. Unfortunately, he used the wrong plywood, according to Building Department staff members. The work is stalled. 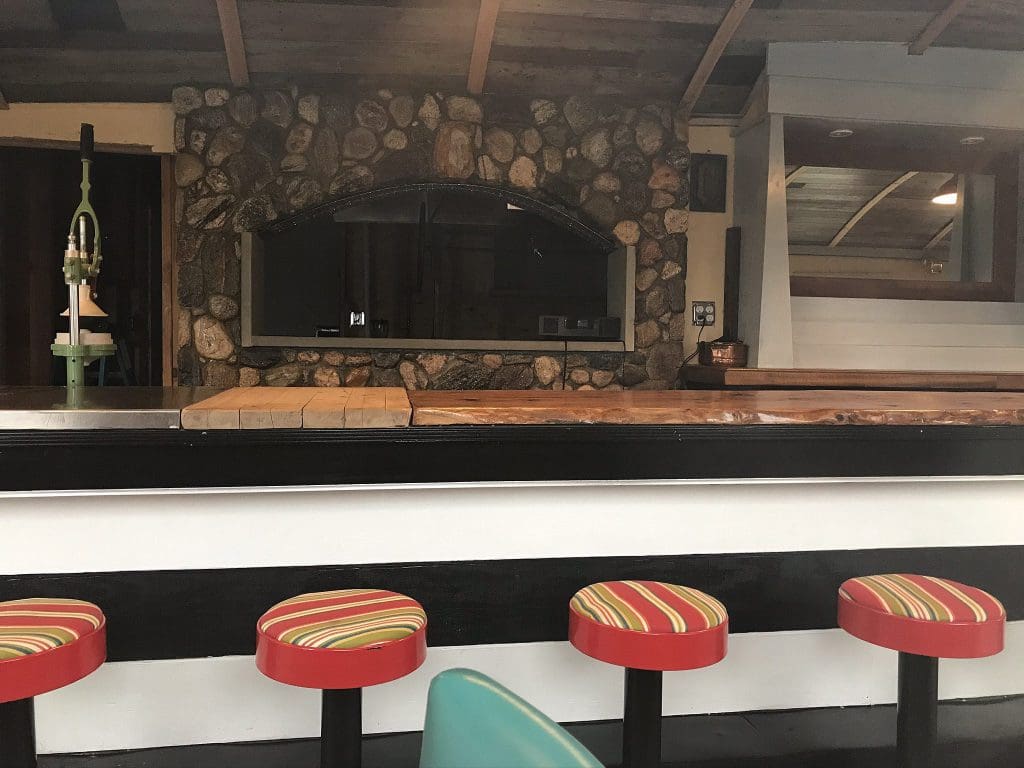 A peek inside the window at 137 Connecticut Ave. 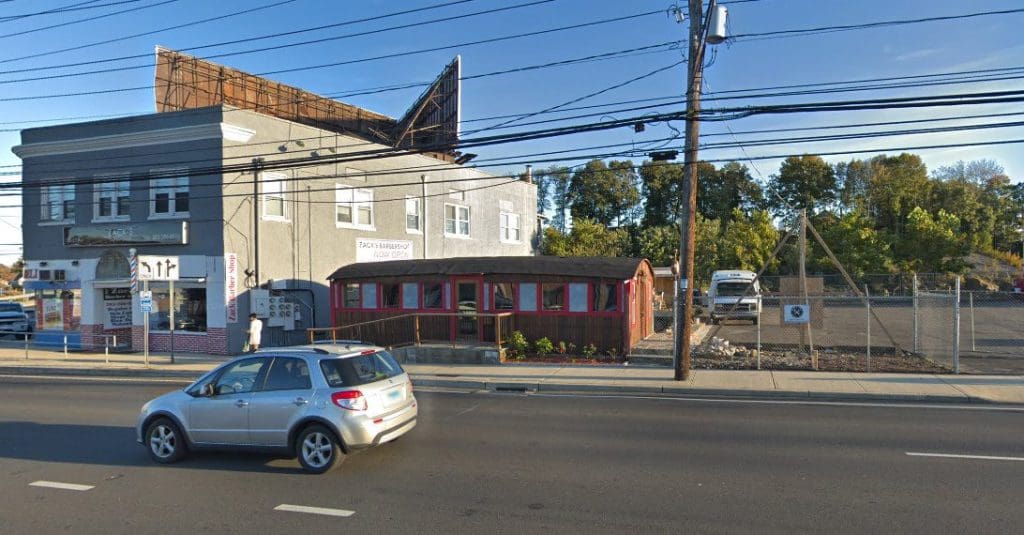 Thank you for the diner article. This diner was a wedding present from my grandmother to my grandfather. I grew up loving to hear stories about the dinner.

How have I never noticed this place? Thanks for always educating us about Norwalk!

Great article! I enjoyed talking to John when ever I came by. Funny thing though- I remember bringing my son there when he was an infant; he was born in 1995.

Drove by there just today. My wife and I discussed it. It says it’s going to be a barbecue place? That would be great

So, where is the rest of the story? Is he going to replace the plywood? Did he run out of money? Any date on opening?