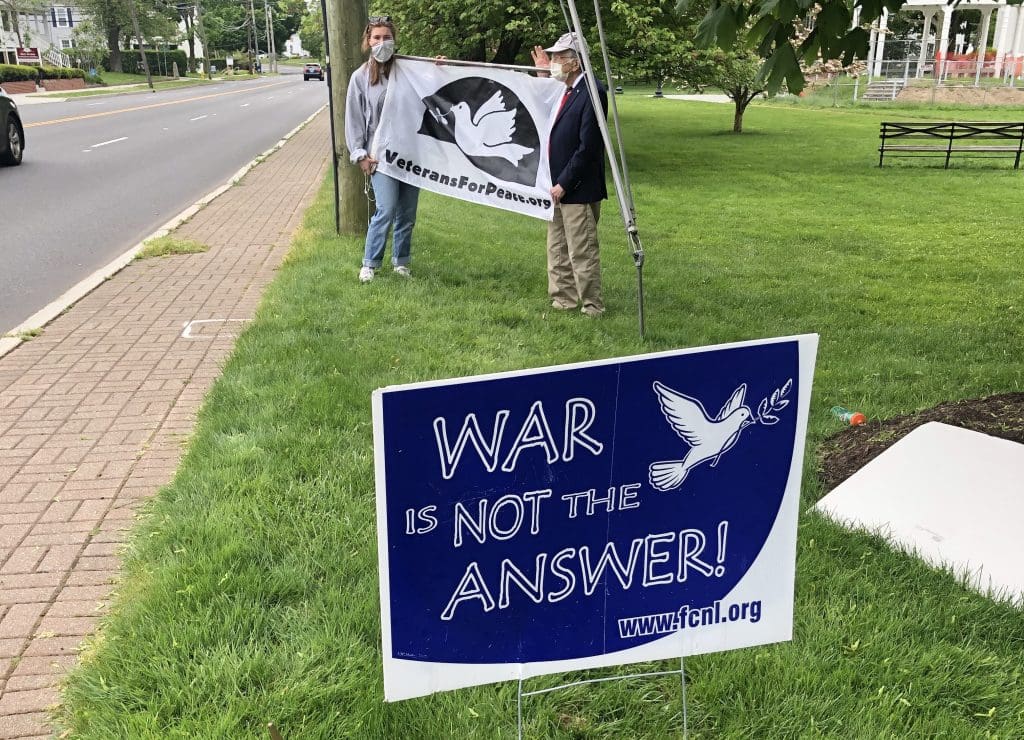 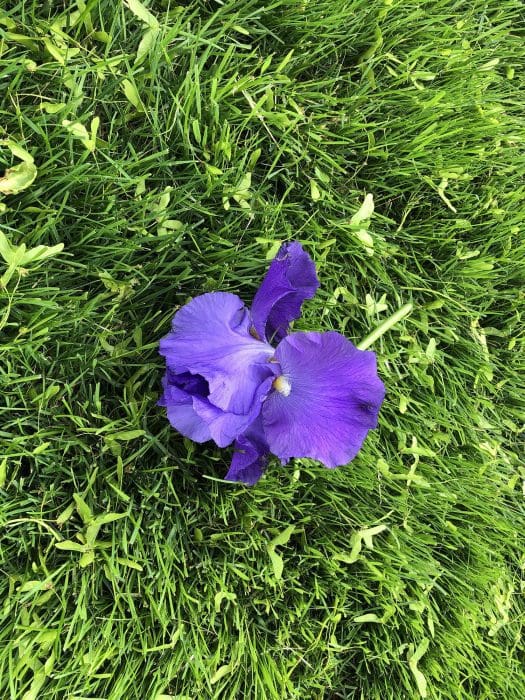 NORWALK, Conn. — Wilton Quaker Meeting held a one-hour silent worship Monday to memorialize the war dead and rededicate themselves to promote the peaceful resolution of conflict, according to Diane Keefe, who submitted these photographs.

“The iris (at right) was in the center of one of the two meditation circles,” Keefe wrote. “When the church bells range at noon. One of the Quakers in each circle picked up the flower and shared it with another person to break the silence.” 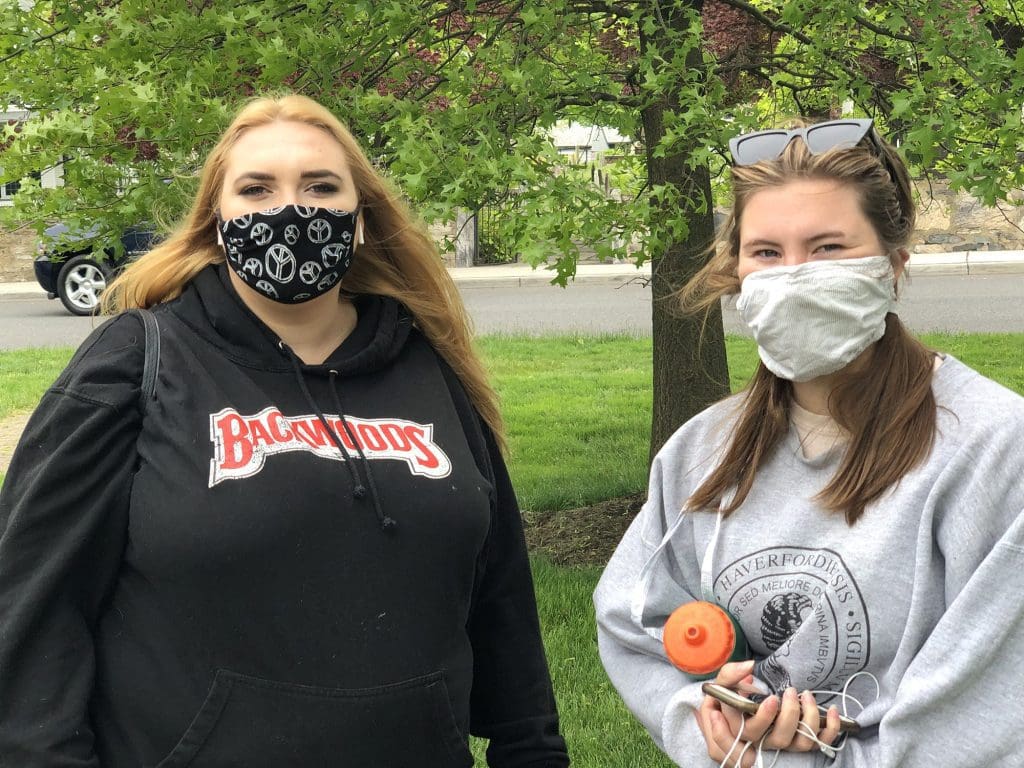 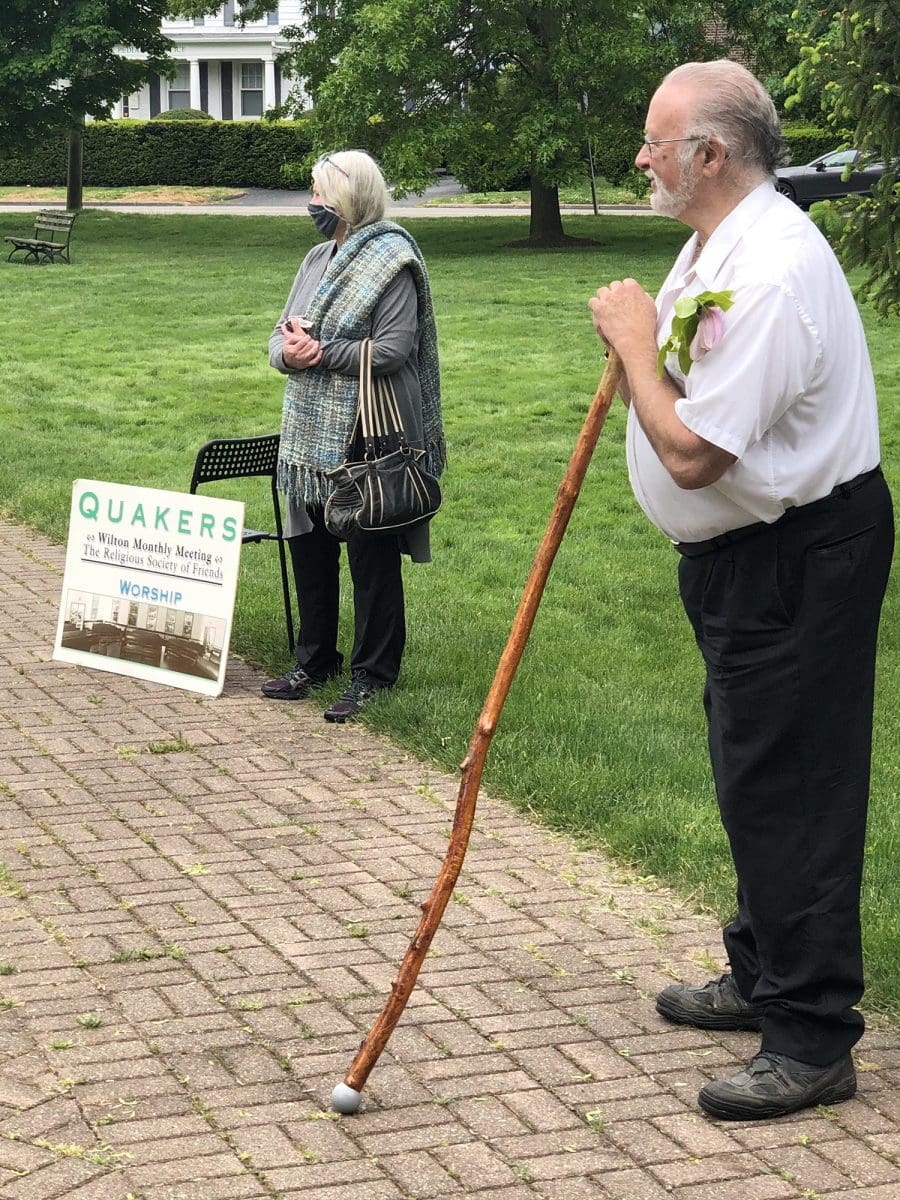 Story updated at 2:31 p.m. to include more photographs and a correction: material submitted by Diane Keefe.