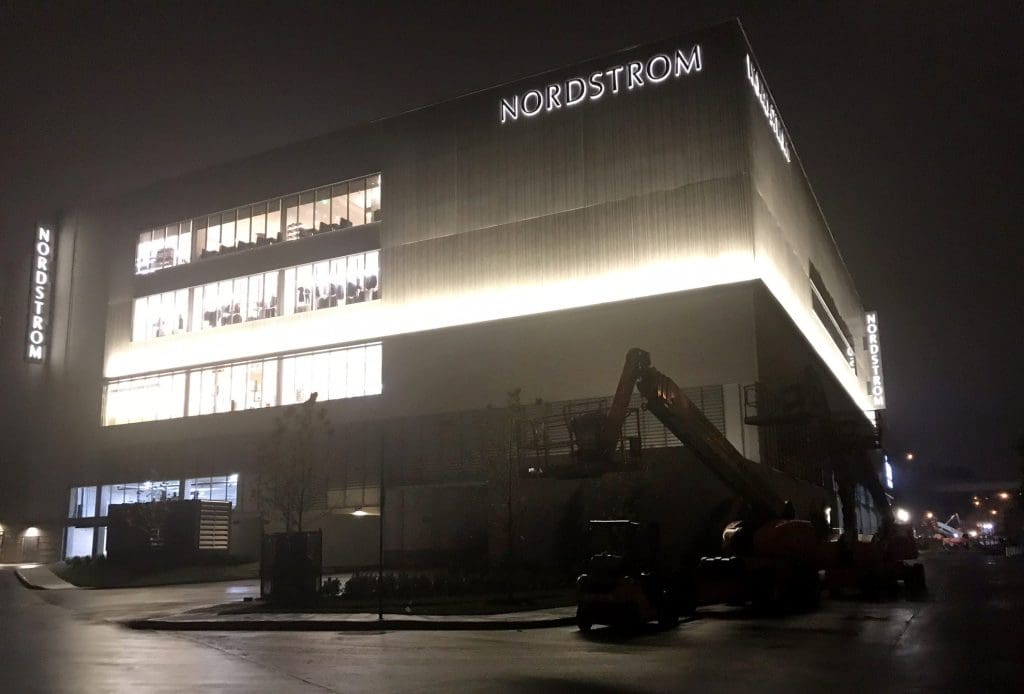 Construction equipment outside The SoNo Collection, on Oct. 22.

NORWALK, Conn. – A man who was doing construction work at The SoNo Collection died Tuesday after falling from an elevated height, Norwalk Police say.

Police were called to The SoNo Collection at 2:39 a.m. and rendered aid to the man, Lt. Terry Blake said in a press release. He was transported to Norwalk Hospital by ambulance and later succumbed to his injuries.

The victim’s name was being withheld pending notification of next of kin, Blake said. On Wednesday, Blake identified the victim as Lorgio Jimenez-Suarez, a 52 year-old resident of Astoria, N.Y. He was working on the exterior of the building when he fell.

OSHA (Occupational Safety and Health Administration) is investigating the incident, according to Blake.

Fire and police broadcasts during the incident indicated two Norwalk firefighters rode in the ambulance transporting the worker to Norwalk Hospital. Typically this occurs during serious medical calls where both paramedics need to attend to the patient and a firefighter is assigned to drive the ambulance while another firefighter assists in providing treatment.

Also, a police officer was dispatched to the call to serve as a translator.

Why was ANYONE working outside at 2:30 in the morning on the coldest night of the year?

TRS, Norwalk Police haven’t yet disclosed what the worker was doing or where he was.

Very sad – thoughts and prayers are with the workers family.

TRS – They are apparently working around the clock to get more stores open in time for the holiday season. According to the Norwalk Hour, “The mall boasted an occupancy of about 90 percent of its space at its debut, but only 16 stores actually opened at its outset.”

We’ll see what the OSHA investigation comes up with.

Not much coverage on Brookfields apparent sale of its majority stake in the mall.

This is so sad. My thoughts and prayers go out to the family 🙁

My thoughts and prayers are with the family of the deceased man.