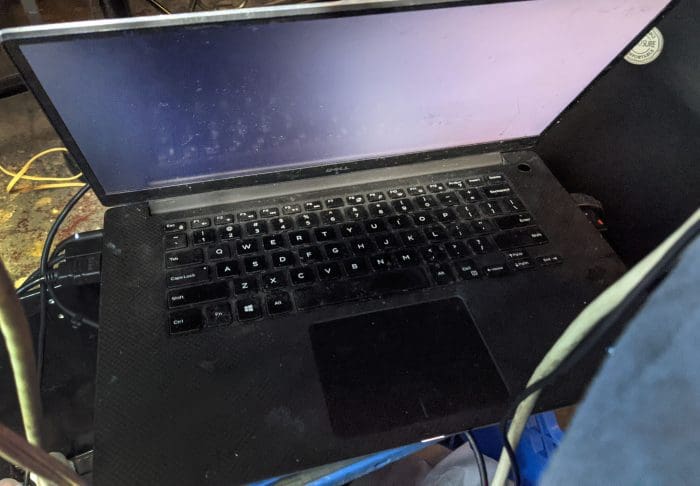 You know how I learn about computers? I contact Dell and watch while some technician fixes mine, sometimes correcting something stupid I’ve done.

So when my mother couldn’t get her new mouse to work recently, I installed Logitech Options because I am so smart, and I tried to connect her mouse. When that didn’t work, I tried connecting her mouse to my computer, thinking I’d get her unifying receiver to recognize the mouse and then plug the receiver back into her machine. Maybe the newly established connection would function, like a muscle memory.

But no, my computer didn’t see her mouse either. Were the batteries good? I figured they had to be, but I silently cursed because although I have a battery tester, I have no idea where I’ve left it.

I told Mom I couldn’t help. Then I decided to open the back of her new mouse. Oh. She hadn’t pulled out the little piece of paper that blocks the battery contacts from giving the mouse power. No wonder it didn’t work.

She says there were no instructions with her new mouse. How would she know she had to open the mouse? And how do you do that anyway?

At least I’ve learned about Logitech Options. I’m so smart!

So anyway, I’ve just learned more from Dell. My “something stupid” today was installing Windows 11. I took the bait Sunday and on Monday, my computer got balky. I tried to open Photoshop; nothing happened. I tried control-alt-delete and nothing happened.

Tuesday morning, I went to Dell Support Assist and checked for updates. It said I critically needed a graphics driver; I thought that would probably solve the problem so I pushed the right buttons.

But I was working away Tuesday evening, happily watching a YouTube video of an obscure City meeting and thinking maybe I’d tell you about it, when said computer just stopped working. I could see everything on the remote monitor I’m using but the computer itself was grey. I figured I’d wait – it needs some time.

No, that wasn’t it. Two force quits later and it was still grey.

Which is all to tell you the reason why there’s nothing from me on the website this morning! I’ve had another lesson from Dell.

I knew there was some trick. I thought maybe the tech would tell me to force quit the computer and then frantically push F12 repeatedly while it was rebooting. No… what I needed to do was unplug the computer and then push the power button for at least 20 seconds, so all the electricity runs out of it.

Why does that work? I don’t know. But after the computer came alive, I let Ashish take over; he fiddled with it for a little while (the graphics driver had not installed) and now we’re all hoping it’s fine.

Maybe next time I will remember that trick. I told Ashish I would! But I doubt it.

Computers were supposed to save us time. So much for that idea.

I shuddered at the point you said, “today was installing Windows 11.” When Microsoft decided to stop supporting Windows 9 forcing users to “upgrade” to 10, I ended up spending, and I’m not exaggerating, over six hours on the phone with some poor shlub from The Geek Squad who I allowed to remote onto my computer trying to figure out why my printer that was fairly new and working fine before I upgraded, wouldn’t work after I loaded 10. My screen saver with revolving pictures of the Cliffs of Moher I bought on my last trip to Ireland, also wouldn’t disappeared and would not reload or work once it was reloaded, I can’t remember which. It turned out after hours of frustration for me and the Geek, it turned out the “upgraded” Windows system rendered both my printer and screensaver obsolete. It’s incredible how whenever Windows forces the masses to “upgrade” there is frustration and the disappointment of forced obsolescence added as well.

I identify with and feel your pain, Nancy Guenther Chapman. I’m
here to tell you your experience could have been worse.

Thank you, Nancy. I was wondering whether I should install Windows 11. Now I know.

Nancy – what an excellent reminder: we can’t always be “ON”, and, whether we wish to or not, everyone needs to slow down and do some simple already overdue maintenance. You are loved.

The testing site in Vets Park has had huge lines all week, during all hours. But the testing is only going on during normal hours (3pm-7pm today), and the lines is only for VACCINATIONS. How in the WORLD are people supposed to know when they see cars lined up as usual, whether it’s for testing or vaccinations? How are they supposed to know that the posted hours on the website might not have been changed to accommodate excess demand – if they even have web access in the first place?

This is a problem that can be solved with literal cardboard and markers. It’s unacceptable that it’s been allowed to persist, and it’s only going to get worse with the Omicron wave and holiday travel.

Microsoft, in their infinite wisdom, launches new versions of Windows without adequate debugging.
Then, the early adopters who install them become the giant pool of testers.
Come on Bill, you can do better!

Nancy! You made me laugh – we are so much more human than Microsoft ever acknowledges. How you maintain your patience ~ and sense of humor ~ is a mystery and a gift you share with us all.

Onward to a wonderful if challenging New Year.

Greetings Nancy! Totally understand yours and other’s frustrations. I always wait until the last minute to ever upgrade, and with Solid State Drives now ‘affordable’ I tend to keep my old one as a spare in case, as it will usually even work in another computer. The MAIN reason I am not liking Windows 11 is that there seems to be a requirement to have a Microsoft Account, which I hate….

In response to Vets Park comment earlier, I just heard on scanner they are shutting down “West Gate” with barrels right now due to massive overflow of cars. Scanner is public for everyone at norwalk.com.

Good going Nancy. Now that you’ve dealt with that problem would you mind visiting me to teach me how to use my T.V. remote?

This reminds me of when our then-teenage son would go on a rant about Bill Gates. Those were the days…

Hi Nancy
Glad to see that you are serving so much of the community beyond Norwalk where I met you when you covered our Human Chess Game in what was then Ryan Park. I recently discovered that area is now the new Norwalk Rental Park Land on maybe two acres?
I moved from Norwalk shortly after the Human Chess Game and now I know why the Friends of Ryan Park, did not stand a “chance”.