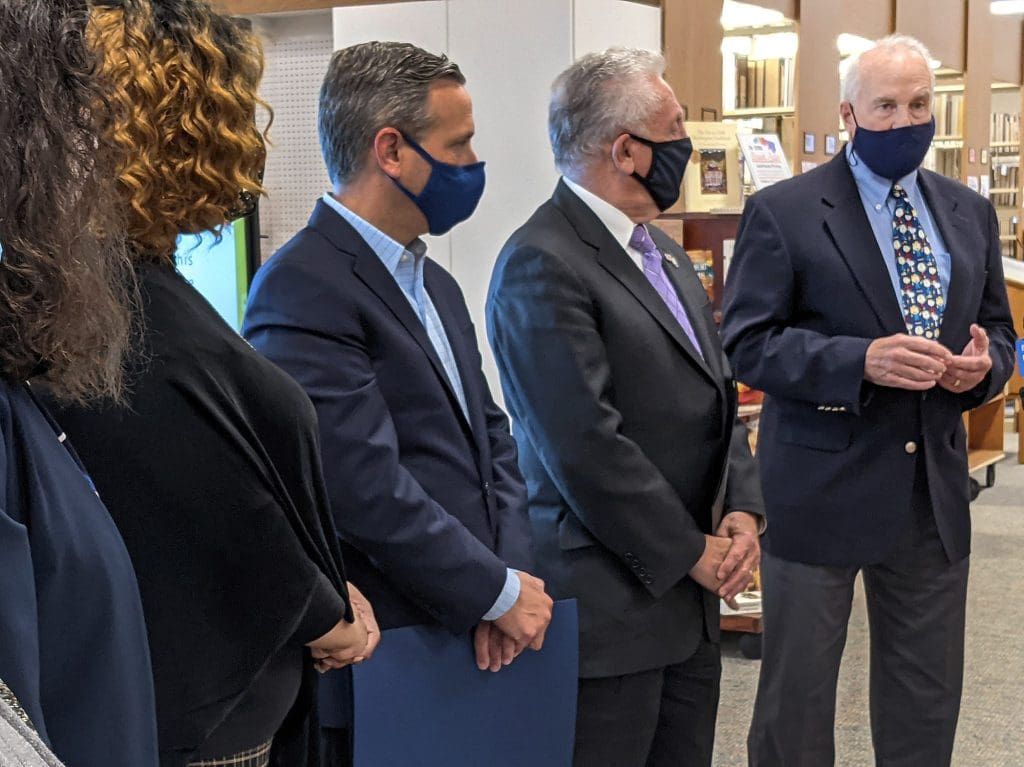 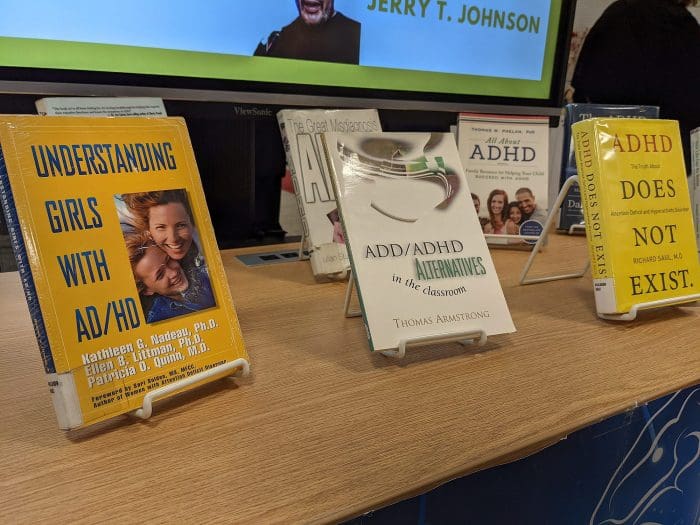 “About 8.4% of the students, or the children, in the United States are diagnosed as having ADHD,” Spahr said at a press event held in the Norwalk Public Library. “It’s a neurodevelopmental disorder. It’s not just something that’s like a ‘little fidgety syndrome.’ It goes into it goes into adulthood.”

“It’s really critical that you recognize any signs or symptoms early on in the child’s life, because that treatment that a child can have will go a long way to make sure that they can grow and develop to their fullest potential,” Rilling said.

Spahr outlined his thoughts on ADHD last week in an opinion piece you can find here.

Duff said that when he was growing up, some peers were thought of as “throwaway kids” because they were always getting in trouble, couldn’t concentrate or were disruptive.

“I think hopefully, events like this, and others that raise awareness for ADHD or other types of syndromes that are out there that we now know more about, helps to understand that, you know, we need to be inclusive,” Duff said. “We need to make sure that we are caring, and we need to help the kids direct themselves with proper support, so that they can be successful, they can be productive members of society, they’re not sort of pushed to the side that where they can’t get jobs, or they can’t be productive members of society.”

Every time I see Duff I can’t help but think about how he threw the NPD under the bus for political points. I still can’t figure out what was worse: His lies or his acolytes blindly supporting him.
That said, ADHD is a serious illness that’s to be treated early. Good for Spahr to bring this to the table..

To view the CHADD study in the negative consequences of ADHD, go here;

I’m glad to see this being discussed. There is a long way to go in dealing with adults with ADHD. It is very hard for people to get treatment and there is tremendous misunderstanding of what ADHD and ADD are. People are labeled and judged very harshly. Symptoms manifest in different ways. Some individuals are more prone to substance abuse and depression, which exacerbate the symptoms of ADHD. It’s very hard for some individuals to maintain steady employment and steady income, and relationships often suffer as a result. I wish there were more resources available to help adults with this. Many remain undiagnosed, and have no idea where to turn. Many have been told all their lives that there’s “something wrong” with them, and blame themselves. And, due to the nature of ADHD, many are not able to sustain the persistence required to find the help they need. They truly suffer. And we as a society miss out on the creativity, energy and passion these individuals can contribute, if their conditions were better understood and managed.