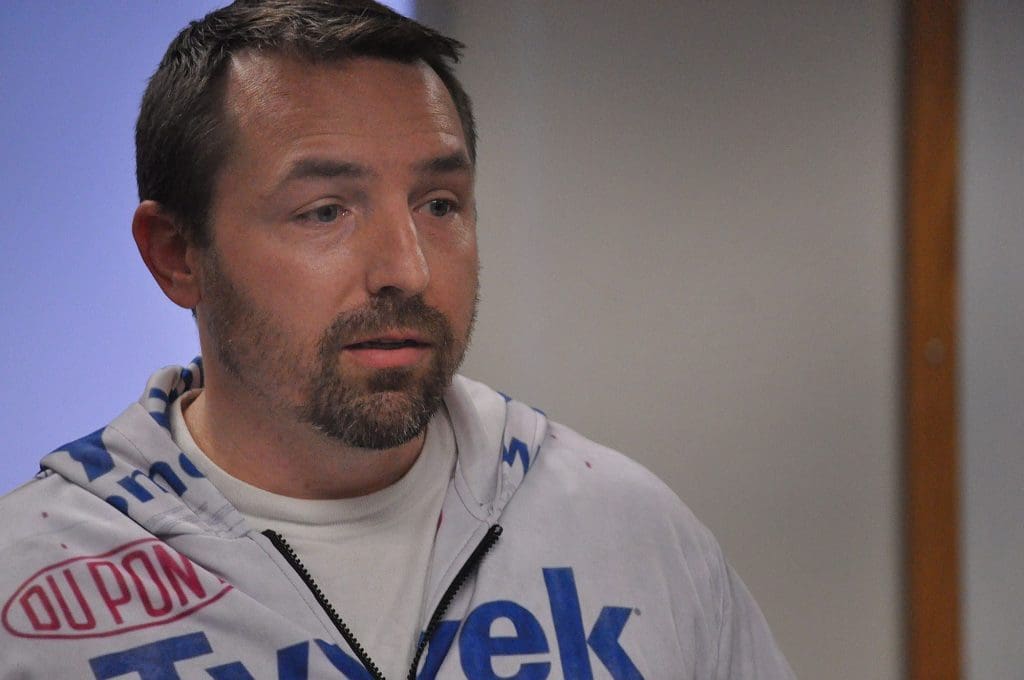 “Well not surprisingly our motion was denied,” Milligan said in a text message.

On Thursday, Milligan asked a Stamford Superior Court judge to issue an emergency injunction to prevent the Council to vote tonight on the revised plan, developed in closed meetings over the past year, after the original plan received pushback from the public. Judge Charles Lee denied the motion this afternoon, in a hearing that Milligan said lasted 45 minutes.

“Vote will happen tonight and as predicted the RDA has moved their meeting to tomorrow and the agenda has them voting to approve the new POKO plan,” Milligan wrote. “I guess they assume the Council will approve it tonight.”

“This proposal has been pending before the Common Council for more than one year.  During that time, the Common Council has reviewed countless documents and conducted numerous public meetings to discuss the proposal at length,” Corporation Counsel Mario Coppola said last week.

The Council tabled the previous plan due to complaints about the proposed look of the project and the loss of the Garden Cinemas, which will be demolished to provide room for parking. Sources said, over the course of the year since then, that discussions were being held. In January they were characterized as frustrating or not fruitful, but historic preservationist Tod Bryant said recently that he and architect Bruce Beinfield had successfully fought to improve the building’s look.

Other revisions include two stories of apartments over the proposed parking garage where the closed cinemas are now, and 900 square feet of space for the Norwalk Arts Commission rent free. The Arts Commission would have to fund improvements to that space. Developer Tod McClutchy said there’s ample basement space adjacent to that back-corner Arts Commission space, so activities could expand if needed.

Coppola explained that Milligan was seeking “an order that would have prevented the Council at tonight’s meeting from considering the proposed amendments to the Land Disposition Agreement  (‘LDA’) and Loan Recognition Agreement (‘LRA’) concerning the Wall Street Place Project.”

“One of the reasons that Judge Lee provided for his decision was that the balance of equities does not favor the Milligan defendants, but favors the City when considering the significance of the Wall Street Place Project.  Judge Lee concluded that the requested injunction was being denied because that Court did not have jurisdiction and the Milligan defendants did not have a valid claim,” Coppola said.

On Saturday, Coppola said Milligan was trying to force the City to include him in the deal, so he can make a profit.

“Judge Lee’s decision to deny Milligan’s application for injunction follows numerous other decisions in which Judge Lee denied previous motions filed by the Milligan defendants, which motions each time delayed the underlying lawsuit for months from progressing any further,” Coppola said Tuesday. “All of these dilatory filings by the Milligan defendants, which Judge Lee denied, wasted everyone’s time and money.  Fortunately, Judge Lee’s decision today prevents the Milligan Defendants from further delaying the Council and Redevelopment Agency from having the opportunity to approve the proposed amendments to the LDA and LRA, which is a critical step towards getting Phase I of the Wall Street Place Project closer to completion.”

“Stopping a vote would be a major move by a judge which we knew going in.

“My goal was to elevate a few key issues.

“Namely we want the judge to rule on the validity of the plan and therefore the LDA.

“Also we want the judge to rule that our title to the properties in question are valid.

“Judge Lee asked the public parties to separate and accelerate their argument about my title. He wants to settle that issue soon.

“When the title is determined valid then the bulk of the lawsuit brought against me falls away.

“The city would be left with a damages case. They could claim and try to prove that they were damaged by me improving properties that were dilapidated and part of a defunct project.

“I am paying much higher taxes then when I bought the properties and overall the area is much better off.

“Hard to claim the city was damaged by all of my investment to the area.”

Why did Milligan waste money and time on a motion he expected to lose?

I have my reasons.

There is much now on the record that was previous not.

In court I get a fair hearing. In city meetings I get cut off or muted after a few minutes.

The SAD part about POkO is the only people with skin in the game are the taxpayers.

Others get all of the financial upside and taxpayers take all the risk and bailout the downside.