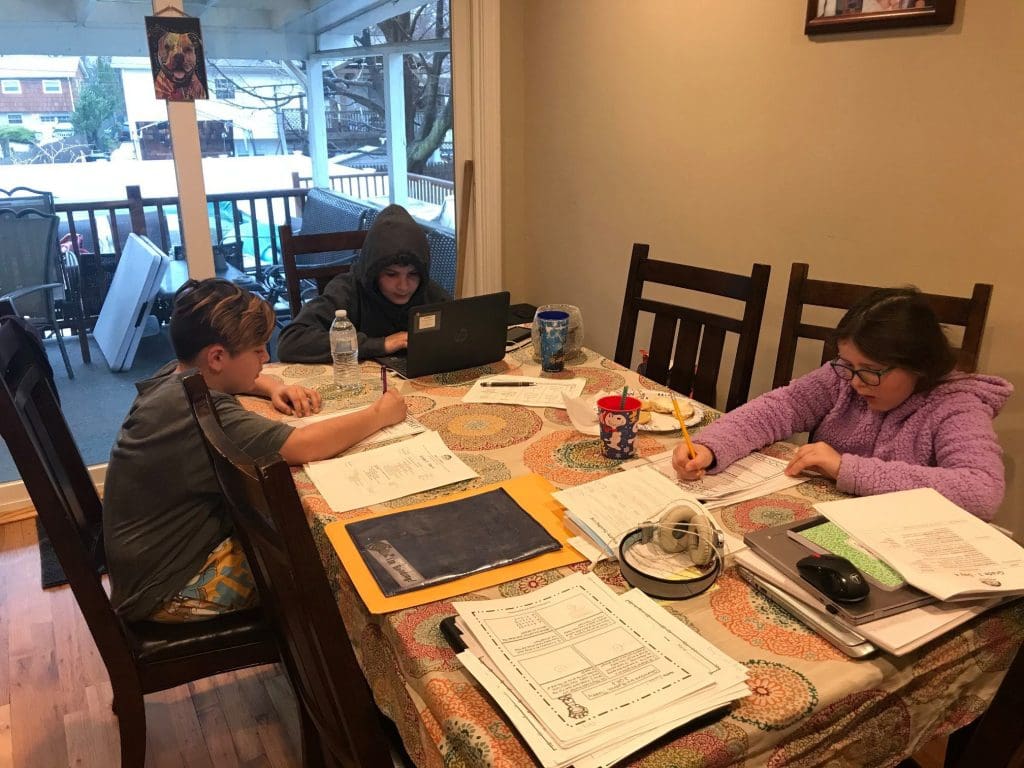 Connecticut’s COVID–19 “Learn from Home Task Force” announced on Wednesday that plans to distribute 60,000 laptops to high school students and 185,000 take–home learning packets to students in preschool to grade 8 across the state’s 33 Alliance Districts are moving forward.

The laptops won’t arrive all at once, but instead task force members said they believe they’ll come “in waves,” while the packets could be available within the next three weeks.

“To be clear, our earliest shipment date we’re talking about right now is the last week of April, beginning of May, that’s the earliest possible,” Nate Quesnel, task force co–chair and superintendent of East Hartford, said. “We expect that this will continue easily into June, so no, we do not expect within a month to get 60,000 laptops. We see these coming in waves as they become available.”

Nick Freeman, the manager of strategic initiatives in the Governor’s Office, said they hope these materials can help address some of the achievement gaps that are being exasperated by this crisis.

“It’s no secret that we have a very wide achievement gap in our state and with the prospect of potentially some students not having school for the rest of the school year, potentially facing six months away, we know so many inequities that are inside the achievement gap are driven often by the disparities that children face at home,” he said.

School officials from the Alliance Districts, which include Norwalk, are in the middle of filling out an application that is due on Friday, detailing how many one-to-one devices – one device per student – their high schoolers currently have and how they plan to distribute the laptops. The Alliance Districts serve more than 42 percent of students across the state, including 63 percent of the state’s students of color, 65 percent of its low–income students and more than 76 percent of Connecticut’s English Language Learners (ELL).

The Partnership for Connecticut, the newly created Board organized by State leaders and billionaire philanthropist Barbara Dalio, is purchasing up to 60,000 laptops for high school students. The Nooyi family donated more than 185,000 high–quality, take–home sets of learning materials from Scholastic for pre–K to grade 8 students for students from the Alliance Districts.

The information from the applications will then be used by the task force, to determine who needs the devices the most with students participating in remote learning due to the COVID–19 outbreak.

“I’m the superintendent of East Hartford Public Schools— I have four high schools. I have one school that is a one-to-one school. I have 182 students there—I’ve issued 182 devices,” Quesnel said. “I have a comprehensive high school on the same campus that has 1,800 that has had 200 devices issued one-to-one. We’re taking all that information and obviously creating a ratio out of that, and that’s how we’re identifying what are the school districts that don’t have devices currently deployed.”

He emphasized that all districts would, eventually, get the laptops for their students. The laptops will also include information for families on how to get connected to local hotspots or other providers when they are distributed.

“All Alliance Districts will be getting the laptops – that’s a really important point – but we’re tiering through from greatest need to least need,” Quesnel said. “There is no way to snap your fingers and have 60,000 laptops show up, they aren’t there.”

The Partnership is utilizing HP and Dell to purchase the products, and Quesnel estimated each will cost about $350, which he said is lower than a ticket price of $600–$650, due to the large quantity the group is purchasing.

The prepackaged learning materials could arrive much sooner, possibly within the next two to three weeks, Guilford Superintendent and task force co–chair Paul Freeman said.

“Those materials are already beginning to be packaged and prepared for shipment,” he said. “Those will be ready sooner than the laptops, and likely in one bulk distribution, rather than being tiered in the way the laptop arrivals are going to be arriving. We expect that we’ll have those in districts, to individual school sites, as early as the next two, three weeks.”

The application also requires districts to explain how they will safely be distributing the products to their students.

“We want to make sure that we understand how the districts will be distributing these laptops because while we want to address one concern, we don’t want to create another concern,” Freeman said. “We want to make sure that we think of health and safety first, and then we focus on getting these devices into the hands of kids who need them, and then down the road we will continue to work and support the districts so that they’re rolling out quality educational opportunities to the students who have access to those devices.”

While the priority is getting the laptops into the hands of students as soon as possible due to the needs for remote learning, the end product is that all of the high schools will then be one-to-one schools, Quensel said.

“The one really positive piece here is when the work of this task force is finished across Connecticut, in the Alliance Districts, our high schools will have one-to-one devices,” he said.