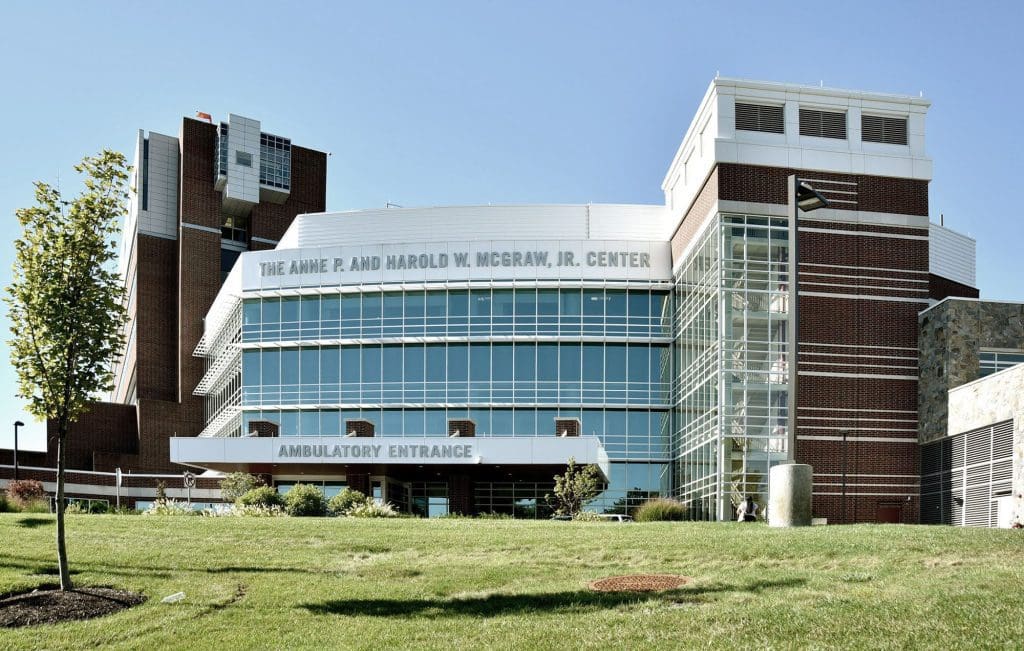 NORWALK, Conn. – “Knowing what is valuable and what is not valuable. That is, not to test just to test,” said Dr. Jason R. Orlinick, commenting on the results of an assessment by a medical think tank that ranked Norwalk Hospital highest in Connecticut for avoiding overuse of tests and procedures.

“You’ve got to have a philosophy of putting the patient first,” said Orlinick, an internist and the hospital’s vice president of medical affairs. “What is necessary and what is not necessary.”

The Lown Institute’s study of more than 3,100 U.S. hospitals, called the Lown Institute Hospital Index, also ranked Norwalk Hospital 43rd in the nation for refraining from using what it identifies as low value services “that offer little to no clinical benefit to patients.”

In a news release Tuesday describing its study, the Needham, Mass.-based institute said, “Every 80 seconds, a hospital in the U.S. delivers a low-value test or procedure to an older adult, putting hundreds of thousands at risk of harm.”

Data for the assessment came from the 100% claims Medicare database, covering the period Jan. 1, 2016 to Dec. 31, 2018. Although Norwalk’s ranking was based on its treatment of Medicare patients, Orlinick said the hospital’s objective to avoid unnecessary tests and procedures is applied in all cases.

Twelve low-value services were measured – four tests and eight procedures – said the institute, with the hospitals’ overuse scores based on the rate as well as volume of overuse.

Information about the study can be found here.

Asked during an interview Wednesday whether he concurred with the medical services the institute selected to assess hospitals, Orlinick called it a good list, adding, low-value services “don’t help patients, there’s no data to support them, they’re expensive and they just don’t make any sense.”

Orlinick said Norwalk Hospital’s conservative use of tests and procedures grew out of an initiative of the American Board of Internal Medicine Foundation called Choosing Wisely.

The foundation’s website says the Choosing Wisely campaign “calls upon leading medical specialty societies and other organizations to identify tests or procedures commonly used in their field whose necessity should be questioned and discussed with patients.”

Orlinick said the hospital’s teaching faculty looked at high-value care – what makes sense to do and what makes sense not to do – and began lecturing its internal medicine residents on the topic. “We try to educate our trainees and attending physicians that ordering tests is important, but over-ordering is not appropriate unless you’re looking for a specific issue,” he said.

Orlinick said doctors also have two other incentives for performing tests and procedures that they need to resist: patient expectations and reimbursements.

“I think the general public rates their physicians on what they do to them,” Orlinick said. “It’s a patient satisfier, but it’s not always the right thing to do. And you find things that don’t mean very much, but that lead to more tests.”

It takes time to explain to a patient why something need not been done, Orlinick said, but when you do, people are generally pretty good and pretty understanding. It’s easier, he said, to take the phone call or see the patient and give them what they want. But it’s not always the right things to do, so we’ve really pushed up against that.

“The way the reimbursement system is set up, we get paid more when we do tests, as a generalization. If we see somebody in the emergency department, the more we do the more money we get paid.”

Norwalk Hospital is a not-for-profit, acute care teaching hospital belonging to the Nuvance Health network of hospitals in western Connecticut and New York’s Hudson Valley. Some of its medical education programs are affiliated with the Yale School of Medicine.