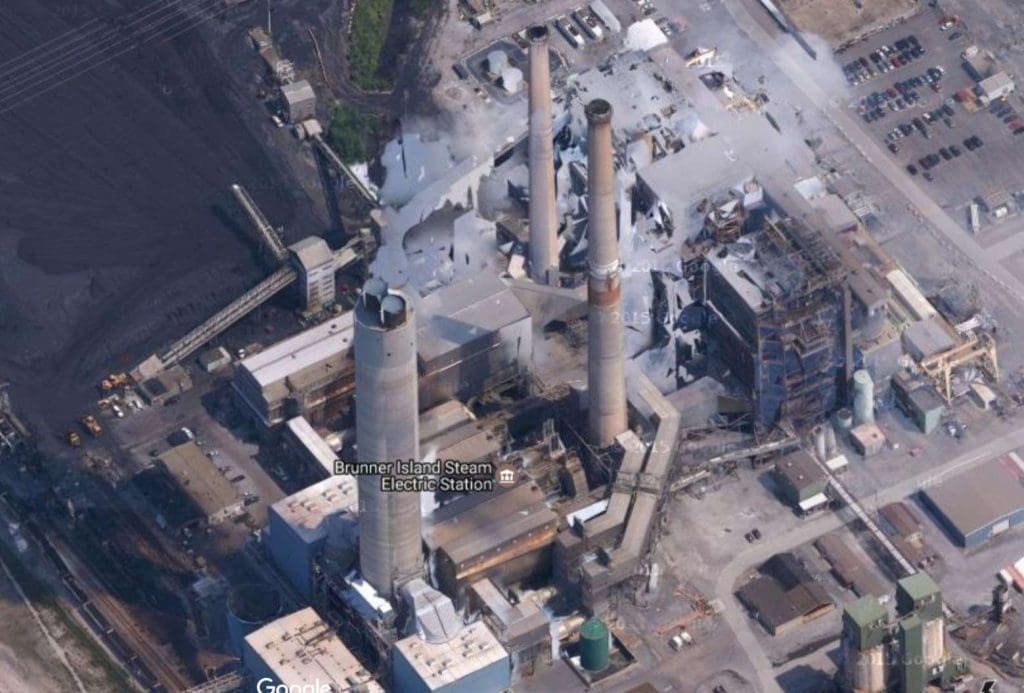 But the 6-3 decision, authored by Chief Justice John Roberts and issued on the last day of the session, is also likely to have far broader impacts, not only on environmental regulation but also on actions by other federal agencies.

“I read it as having significant effects on statutory interpretation and administrative law going forward,” said Katrina Kuh, Haub Distinguished Professor of Environmental Law at Pace University School of Law.

But she said it will likely have particular impacts on environmental law.

“It is a significant blow to efforts to use the Clean Air Act to control greenhouse gas emissions,” she said.

While New England is down to a few highly polluting coal power plants, Connecticut still faces the effects of pollution from such plants to our west and the effects from climate change more broadly.

Connecticut Attorney General William Tong, who has joined dozens of lawsuits and other actions aimed at fighting climate change, called the court action a major blow to federal efforts to fight it.

“This is a serious setback, but we cannot lose sight of what is at stake and what is urgently needed to fight the climate crisis,” he said in a statement. “Outdated and expensive coal plants are causing enormous damage to our environment and economy, and we cannot let this decision stall our transition to clean, renewable, and truly affordable power. This is a radical opinion that signals a dramatic shift in the Court’s approach to long-settled precedent. I expect today’s decision is just the beginning of this Court’s efforts to undermine agency authority, not just within the EPA but across the executive branch.”

While the decision only ruled on the issue of regulating greenhouse gas emissions in existing fossil fuel power plants, its reasoning drew on something known as the “major questions doctrine,” which essentially says if an agency wants to regulate something that is not already in statute and that has a major economic or political impact, it needs to get specific authority from Congress.

“Its judgment, I think, is guided by what it thinks is a major political or economic controversy,” Kuh said. “I think the vast majority of Americans maybe aren’t too concerned about loss of profits by coal companies and are really concerned about climate change.”

U.S. Sen. Richard Blumenthal (D-Conn.), calling the decision a “senseless misstep” that “strait jackets our fight against the climate crisis,” was equally critical of the the Court’s reasoning.

“Its supposed ‘major questions’ doctrine is concocted from legal thin air — an outcome-driven bogus jurisprudential tenet. Once again, the Court’s misguided majority have shown that they are politicians with robes, pushing a far-right fringe agenda that they disclaimed as nominees before the American people,” he said.

“The Supreme Court is not Congress, and their unceasing attempt to impose a right-wing political agenda on the country is a threat to democracy,” U.S. Sen. Chris Murphy (D-Conn.) said in a statement. “But Congress cannot let this politically supercharged court stop us from taking action to combat climate change. No less than the fate of the planet is at stake.”

The Clean Air Act does not cite climate change or greenhouse gas emissions. The EPA and other agencies have long relied on what’s called the Chevron deference — a ruling from the court in 1984, considered a bedrock of administrative law, that gives agencies, not courts, the leeway to address certain issues that are not specifically cited in law as long as the agency’s interpretation is reasonable.

It has been especially useful for the EPA, using the rationale that its matters are so complex, detailed, technical, time-consuming and changeable due to the evolution of scientific knowledge that they should be left to the experts within the agency.

But the court’s ruling would essentially put the responsibility on Congress, which, among its many gridlocked areas, has been particularly gridlocked on matters relating to climate change.

“So we are really stuck in a terrible, terrible place in terms of federal environmental law.”

“By arbitrarily limiting EPA’s explicit and broad authority under the Clean Air Act to require the use of less-polluting systems, the Court has consigned millions of Americans to more illness, shorter lives, and greater poverty in an overheated climate, while giving itself nearly unlimited authority to invalidate protections and safeguards intended by Congress.”

The case, known as West Virginia v. EPA, stems from two carbon-reducing power plans that were never implemented. The first was the Clean Power Plan, devised in the Obama administration, which targeted emissions from coal plants. Courts had prevented that from going into effect.

The second was the Affordable Clean Energy Rule the Trump administration devised after repealing the Obama plan, though its greenhouse gas emission reductions were far less. That rule also was stopped by the courts, and it was surprising the court took up the West Virginia case at all, since effectively there was no plan and the Biden administration had indicated it was going to come up with its own plan, not go back to Obama’s.

But the coal industry and more than a dozen states, including West Virginia, were already in court in support of the Trump plan at the time it was thrown out.

“Capping carbon dioxide emissions at a level that will force a nationwide transition away from the use of coal to generate electricity may be a sensible ‘solution to the crisis of the day,’” Roberts wrote. “But it is not plausible that Congress gave EPA the authority to adopt on its own such a regulatory scheme.”

In her dissent, Justice Elena Kagan wrote: “Today, the Court strips the Environmental Protection Agency of the power Congress gave it to respond to ‘the most pressing environmental challenge of our time.’” She cited the 2007 decision that established greenhouse gas emissions as pollutants that can endanger public health and therefore had to be regulated by EPA.

Lamont, who reiterated his commitment to reducing carbon pollution, called on federal lawmakers to act.

“The climate crisis requires a national strategy and federal inaction is unacceptable,” Lamont said. “I urge Congress to enact meaningful legislation to avert this crisis.”

In a lengthy statement, President Joe Biden called the court ruling “another devastating decision that aims to take our country backwards.” He said he had already instructed his legal team to find ways to continue dealing with the climate crisis. “We cannot and will not ignore the danger to public health and existential threat the climate crisis poses.”

I’ve said it before. The EPA is a joke!

Burning more diesel fuel and running motors hotter just so you do not see a little soot does absolutely NOTHING to help the environment.

Read my past posts about this and how ethanol in gas hurts more than anything.

This horror was brought to us by three Republican Presidents whose appointments to the Supreme Court made choking on more polluted air possible: George H.W. Bush, George W. Bush and Donald Trump.

to the WEST is China building 129 more coal fired plants as of now. For those not old enough to remember we are far cleaner now since the 1960s when it comes to cleaner air and water.
You could not see Manhattan when crossing the GWB back then.

I don’t hear too many “green warriors” calling radio Beijing when it comes to cleaner energy. Just a clue. The earth is oval and the upper air streams basically go from east to west.

The EPA is part of the Executive Branch and does not have the authority to write laws. Laws are supposed to be written by the Legislative Branch (e.g. CONGRESS!!!). What the Court really did is to tell Congress to get off their asses and do their job!!!

“The Supreme Court is not Congress, and their unceasing attempt to impose a right-wing political agenda on the country is a threat to democracy,” U.S. Sen. Chris Murphy (D-Conn.)

Sen. Murphy, does the term ‘taxation [or policies/rules] without representation’ ring a bell?

The supreme court ruling just ‘saved our democracy’ by removing unconstitutional and arbitrary powers given to unelected bureaucrats (on the left and right). I would call that saving our democracy, no?

To Tong, Lamonte, Blumenthal, et. al. you might have a bit more credibility if gas were at say $2.50/gal. But at near $5.00/gal on top of trillions of unfunded spending (plunging us into recession), well you just lost me on that one. You never asked, you never laid out a reasonable plan of action, you never allowed for decent or discussion, you just imposed it on all of us. Then blamed it on others.

Maybe, just maybe these types of SC ruling may lead to meaningful, bi-partisan discussions about climate change, and many other questionable actions taken by our government.

I believe this is an essential step in stopping this incessant lurching from Right to Left and back, which does none of us, or at least 95% of us, any good.