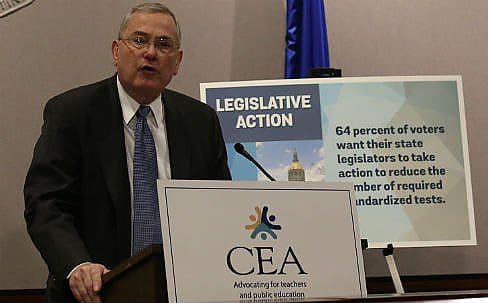 HARTFORD, Conn. – The state’s largest teachers union is lobbying legislators to override Gov. Dannel P. Malloy’s controversial veto of legislation that would require education commissioners to have experience in both teaching and school administration.

The Connecticut Education Association reached out to leading lawmakers earlier this week to make its case, according to Executive Director Mark Waxenberg. The union said time is running out to convince the General Assembly to reverse Malloy’s decision.

Any veto override would have to occur during the constitutionally-required veto session that will be held July 20, according to Av Harris, spokesman for the Secretary of the State’s office. In years when legislative leaders do not choose to veto any bills, a small number of lawmakers meet anyway to “gavel in and out” as a formality.

A test as to just how much the legislature is in the pocket of the teachers’ unions.