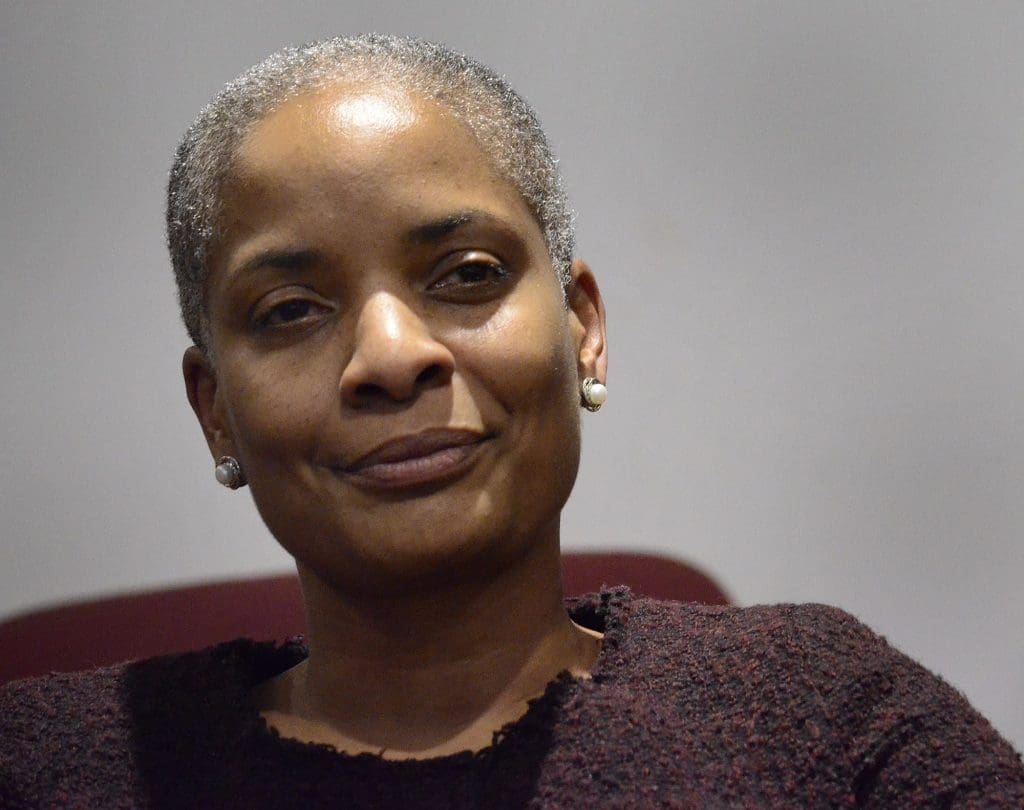 Thomas, a Norwalk Democrat, is set to replace State Rep. Gail Lavielle, a Wilton Republican who held the District 143 seat for a decade, after receiving 55.4 percent of the district’s votes, according to the Secretary of State.

“She will be the first person of color and first Norwalk resident to hold this position since redistricting in 1973. In the three towns that comprise the 143rd district, Stephanie won approximately 57% of the vote in Norwalk, 53% in Wilton, and 61% in Westport,” a press release said Monday.

The election saw record turnout – more than 1.5 million Connecticut residents went to the polls, a 77.5 percent turnout. Among District 143 towns, that was:

“I want to extend my deepest thanks to the voters,” Thomas is quoted as saying. “Thank you for exercising your right to vote, especially during these trying and unprecedented times. Thank you for participating in the process, caring about our community, and showing up to make sure your voice is heard. Thank you for choosing a focus on policy over partisan politics that threaten to tear us apart.  Know that I will carry all of your energy, and every concern and hope you’ve shared with me to Hartford. Because of you, I know that the future of Connecticut is bright.”

Thomas, a consultant who provides fundraising expertise to nonprofits, attempted to unseat Lavielle two years ago. The incumbent got 51.5 percent of the vote.

“Having narrowly missed the opportunity to represent this district in 2018, it was apparent to me that we were ready for change and we’ve proved that in 2020,” Thomas is quoted as saying in Monday’s press release. “Even though the campaign is over, our work is just beginning. Connecticut is still in the midst of a global pandemic, an economic crisis, a struggle for justice and equality, and our newly elected state government needs to hit the ground running. I am ready to tackle the challenges facing our state today, and I will not stop when new challenges arise.”

She continued, “During this campaign and my previous one in 2018, I met and talked with many of you, people of all stripes and all ideological bents. I knocked on all sorts of doors and you graciously opened them to me; in Hartford, my door will always be open to all of my constituents. Thank you for electing me. With the energy and commitment I see in our neighbors, I have hope for the future and for a better Connecticut for generations to come.”

What does “…more than 1.5 Connecticut residents went to the polls…” mean?

This is an important win for us in Norwalk and our neighboring towns. We need change and this candidate is the woman to effectuate the change, the people have risen up and VOTED, let’s keep on rising neighbors!
Jen

It just goes to show that talent, brains, and hard work do pay off. Congratulations Stephanie.

@ Jen – When you talk about change what exactly do you mean? My confusion begins with the fact that Democrats have controlled CT for 40 years…I will wager every dime I have that Thomas will vote with Democrat caucus 97% of the time. So although your slogan is exciting, I don’t necessarily understand your point. If I’m wrong please let me know.

@John. Change means silencing the minority party and they aren’t finished yet. The goal is 100% single party rule even though every historic occurrence of that always leads to disaster.

Congratulations Stephanie Thomas on this win. It’s great to have a Norwalker in this office.

Bryan Meek, I agree, 100% party control isn’t in our interest. But that doesn’t mean the other side has to give up a few seats, it means the losing party needs to gain votes. You had some strong candidates like Elie Kousidis in the last election who might’ve been more successful if the Republican party had any credibility here, but you have people claiming the ex-Mayor of Stamford was together with the Police Chief conspiring to kill him and a prior candidate against Duff who was caught driving drunk at noon time with a group of day laborers in the back seat claiming he was just trying to teach economics to his 9 yr old daughter- when it came out- instead of taking on the issue the Party went after NancyonNorwalk. PLEASE come back to the party of Lowell Weicker or Prescott Bush…you’ll get 1/3rd of what you want instead of carping how unfair the system is because you lose every election..even with a good candidate.