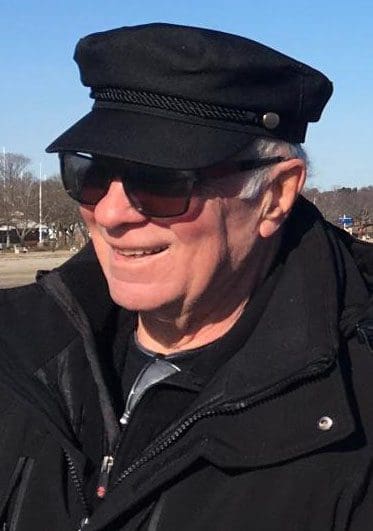 “I have the sad duty to report the loss of one of our fine upstanding citizens in the city of Norwalk,” Mayor Harry Rilling said at Tuesday’s Common Council meeting. “…He was a Norwalk man of true service. He served his country in the Army during Vietnam. He served as city in many capacities over the 50 years that he and his family lived here.”

Mobilia died of heart failure, his obituary states. He is survived by his wife of 55 years, Dorothy, and two sons, Anthony III of San Jose, Calif., and Philip of Miramar, Fla.

Mobilia was former Harbor Management Commission Chairman and was serving as its treasurer as well as chairman of the Walk Bridge Committee.

“He was a great man who put our community first in his work on the Harbor Commission. His dedication is unmatched and Norwalk will miss his guidance and leadership for years to come,” Dori Wilson wrote on his tribute wall.

“One of the finest human beings I have ever met.  Truly a gift to be his friend,” Tony D’Andrea wrote.

“Tony was a dear man, curious and observant, artistic, fun-loving, quietly committed to his family, church, and community. He left this world softly on his last sail of the season. ‘Home is the hunter, home from the hill, And the sailor, home from the sea,’”  Eileen and John Harrington wrote.

Mobilia had been an art director at several New York City advertising firms and retired from Grey Advertising in 2001 as Vice President, Creative Supervisor, the obituary states. It continues:

“Born in Brooklyn, son of the late Anthony and Amelia (Pazzani) Mobilia, Tony served in the Army during the Viet Nam War and moved to Norwalk with his family in 1971.  He quickly became involved in Norwalk on the waterfront and art scene.  He bought a sailboat, Mobility, and loved to sail on Long Island Sound.  He joined the Norwalk Power Squadron, later called the Norwalk Sail and Power Squadron, and rose to commander.  He was appointed by the Mayor and City Council to the Harbor Commission, serving a term as it’s chair before taking on his other leadership duties.  Tony also served as advisor and Committee chair for Sea Explorer Ship Six.

“As an artist, Tony was a member of the St. Philip Artists Guild (SPAG).  He and fellow artists took part in a range of artistic activities, including painting canvasses in oils, watercolors and acrylics.  His most recent favorite projects were the Traffic Graphic public arts projects on utility boxes around the city with fellow SPAGers.  Their latest effort, this summer, was the utility box featuring colorful musical instruments on the traffic island opposite the Norwalk Public Library.

“Another favorite project over the past decade or so was St. Philip’s Midnight Run, in which parishioners collect food, clothing and other supplies for distribution to homeless men and women in New York City.

“His passion for the water and boating were only matched by his love of art,” Rilling said Tuesday. “He was a kind and gentle man, and he will be missed.”

Seating for the Funeral Mass will be limited, reservations can be made by visiting the church’s website. It will also be livestreamed.

Very sad to hear about Tony’s passing. He was a keen observer of all things Norwalk Harbor and beyond. My condolences to Dorothy and the family and great thanks for sharing Tony’s time with Norwalk all these years. His time with us has made Norwalk a better place to live!

So sad to hear of his loss. There are so many things in Norwalk that are better because of his energy and leadership. Sending hugs and condolences to Dorothy and their family and friends.

Sunset and evening star,
And one clear call for me!
And may there be no moaning of the bar,
When I put out to sea,

But such a tide as moving seems asleep,
Too full for sound and foam,
When that which drew from out the boundless deep
Turns again home.

Twilight and evening bell,
And after that the dark!
And may there be no sadness of farewell,
When I embark;

For tho’ from out our bourne of Time and Place
The flood may bear me far,
I hope to see my Pilot face to face
When I have crost the bar.

May your sails always be filled and your seas smooth, my friend.

Those we love do not go away. They walk beside us everyday! Thanks Mr Mobilia for your contributions to Norwalk and its well being. Condolences to your family. I will miss seeing you in your yard as I turn the corner on Allen Road. RIP