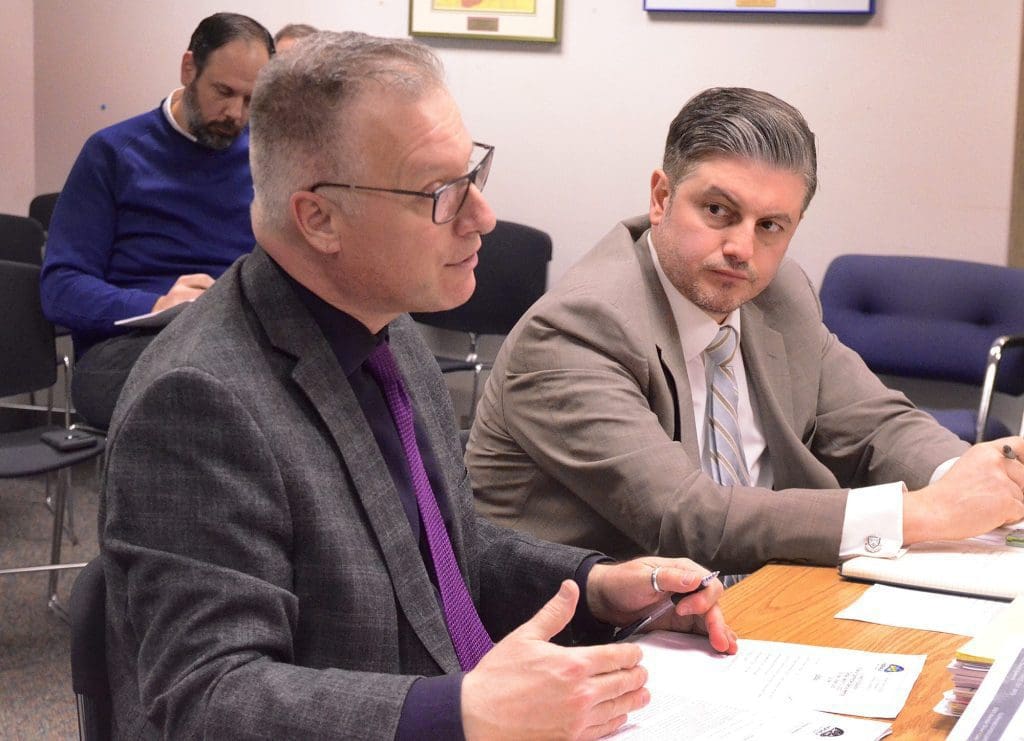 NORWALK, Conn. – The Board of Education is poised to allow one Norwalk elementary school to take money that was designated to educate students and use it to repair its building.

This comes as the Norwalk Public Schools’ finances are scrutinized by City funders, as Chief Financial Officer Henry Dachowitz has announced “grave concerns” about where NPS spends its money.

The budget battle is set to resume at Wednesday’s Board of Estimate and Taxation meeting – NPS is planning to press Norwalk’s tax Board to seek to raise the Common Council’s budget cap and make room for another $2.3 million in funding to NPS for 2020-21.

Tracey seeks to use $148K overage

This would “cover the approved plan by the SGC to upgrade lighting in the hallways, new built-in bookcases, new water fountains, painting classrooms, new sound system in the cafeteria as well as shelving with cozy nooks,” Hamilton’s document proclaims.

The Committee unanimously approved the request, after significant pushback. BoE members who said they agreed with the need to do the work but said it came from out of the blue and questioned the process.

“When did we start using student-based budget for capital repairs in our buildings? Have we always done that?” Finance Committee Chairwoman Barbara Meyer-Mitchell asked.

Rowayton Elementary and West Rocks Middle School have done it within the last four or five years, and there may be others, Hamilton replied.

She also asked why it hadn’t gone to the Facilities Committee.

“We see it in the context of the budget request,” Hamilton replied. “… I don’t know that it’s something that would typically go before the Facilities Committee anyway, if it’s, you know, internal work in an individual school… it’s on your agenda because it’s a budget transfer.”

“I think we need to have a more intentional repair and painting schedule so that we don’t get a school like this that hasn’t been touched in quite some time,” Meyer-Mitchell said. “And I think that that process should happen through the Facilities Committee, as it has been discussed over the last six months that we should do that. I don’t want to hold up this project that their SGC has put love and attention into, but I do feel that we as a Board need to have a conversation about how we proceed with assessing the status of a building.”

Tracey has extra money because NPS requires each school to set aside 1 percent of its budget to allow for enrollment growth, Hamilton said.

“Now, the 1 percent does not make them 100 percent whole. Typically, it’s provided about 50 percent of what would have been provided if we had exactly hit their enrollment, you know, on target in the budget. But it does provide us a mechanism to provide some additional resources to those schools, where the enrollment has grown more than we had expected and more than our demographer had expected,” Hamilton explained.

Meyer-Mitchell said she’s “frustrated from a budgeting standpoint, because it’s going to be a tight budget year and … if our SBB (Student-Based Budget) is so generous that they’re able to do repairs, that then is our SBB too high? But we’re hearing that it’s not high enough. So it makes it difficult for us to know.”

BoE member Colin Hosten said he agreed with her. “It raises these questions.”

“I don’t only want to be repairing schools where they’ve managed to boost their enrollment,” Meyer-Mitchell said. “Because I think we have to repair them all. And enrollment will follow…I’ve heard from some buildings that some of their classrooms haven’t been painted in 30 years. The equity and the parity between buildings needs to be addressed.”

The ”simple reality” is that at this point in the school year, when “you’re trying to figure out” what to do with “some additional money” due to enrollment increases and the SGC has chosen an option, “I think it’s a good use of the funds at this point in the year,” Hamilton said.

“You’re absolutely correct,” Hamilton said. “There’s lots of school buildings that need lots of attention, but I don’t look at this as a sign of a failure or a sign that we need to change it because I know, there’s only a limited amount of money that’s only going to go so far.”

Roton Middle School is looking to do some capital work, he said.

“Roton definitely needs to be painted too,” Meyer-Mitchell said. “I mean, I walk those halls. It is a desperate situation.”

But, “that money could also be field trips and ‘manipulatives’ and books,” she said. “And so if I wish that we had a plan on the capital side that was more representative of what the buildings needed so that the operating funds didn’t need to be used this way.”

Does anyone else get the impression that our school management just might be out of control?

The private sector ended up with Sarbanes-Oxley following the Enron, Worldcom accounting/governance scandals. When is the BOE going to be held accountable for their accounting shenanigans?

I think I left some of my money at Tracey School when only 25% of the kids were ELL. That’s probably the found money – I believe it fell out of my pocket during the Halloween parade

I am not part of the Tracey School community, but I have been in that school several times. It is very old and the district hasn’t done nearly enough to maintain it. What that principal is doing isn’t misappropriation of funds; she is doing something that is important for her students. How many adults work in dimly lit and poorly maintained offices or other workplaces? Businesses know that appearances matter. I give the principal credit for advocating for her school.
Rather than express indignation, the board of ed members might instead ask why they have agreed to proceed with an excessive high school project before meeting the essential needs of all of the other schools that are far older than that high school. The $50 million that is supposed to be Norwalk’s share of the cost of a new high school could do much to upgrade several old and depressing school buildings. Given the perilous economy, Norwalk may be stuck with an enormous debt that the taxpayers can’t afford for a project that is pie-in-the-sky, and it won’t have the funds to fix Tracey School and others that have also been neglected.

I’m glad the council, mayor and new school board members are finally holding these guys accountable.