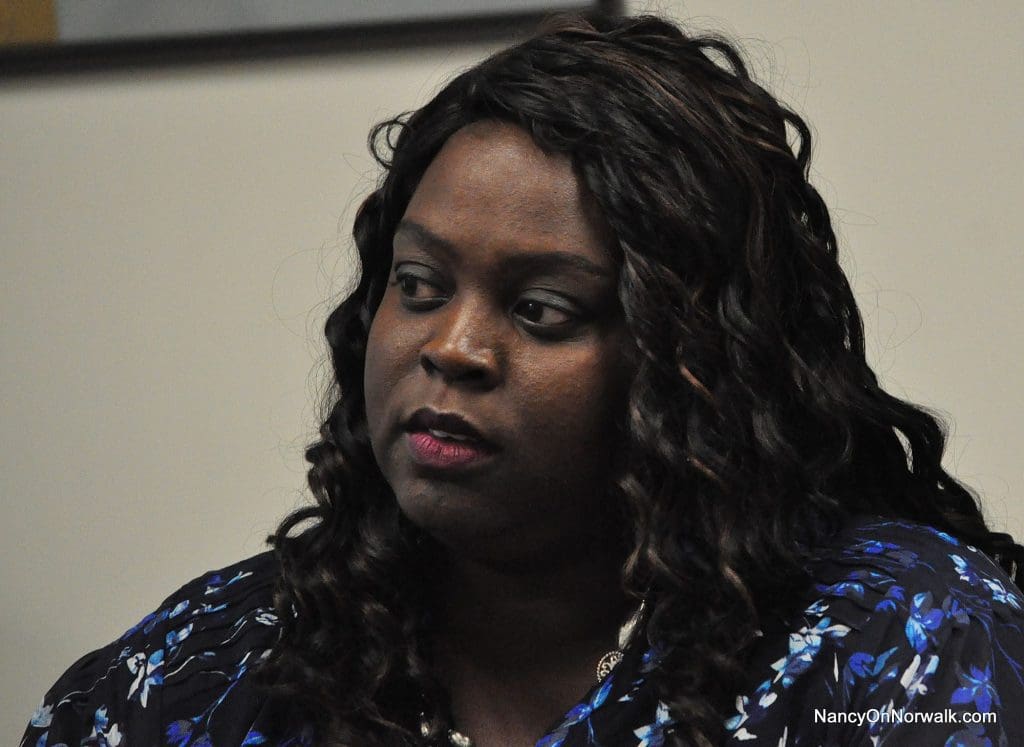 NORWALK, Conn. — Anxiety has gripped some Tracey Elementary School parents as opening day approaches without a principal to lead the school. It’s even worse because they loved former Principal Theresa Rangel and were shocked that she left the district altogether, Michelle Tiani said, directing some of the blame toward Norwalk Superintendent of Schools Alexandra Estrella.

“I look forward to working with the new administration and hope they will be ready for the first day of school. I’m glad the hiring process is over as it needs some serious reevaluation,” Tiani, Co-Vice President of the Tracey PTA and a School Governance Council member, responded.

“The process is progressing as fast as it can,” Begos wrote Wednesday. “Remember, Scott Hurwitz only announced his move to Central Office a month ago. They would not have been able to start the search until his official announcement. The School Governance council held their interviews and presented their recommended candidate(s) to Dr. Estrella about 10 days ago, so it’s in the superintendent’s hands now.”

She said, “Is it bad that there’s not a principal in place this close to the start of the school year- of course, but nothing can be done except wait at this point.”

Rangel, Tracey’s principal for six years, announced in early July that she was leaving to become director of diversity, equity and inclusion for Naugatuck Public Schools. Tiani said Tracey’s CISD (Curriculum and Instruction Site Director) was part of the principal succession plan but “was appointed as an interim principal at another school in the last few months of the school year and ultimately became permanent in that role.”

Both the principal and CISD positions were advertised July 1, Tiani said. The SGC conducted interviews with potential principals on July 30 and for CISD on Aug. 9.

“When we asked how quickly they’d be able to move (knowing timing was tight), they told us, ‘we’ll move as fast as you can,”” Tiani wrote. “We pulled together the interview committee, interview questions, and availability in less than a week to get the process started.”

She said, “We’ve also been consistently frustrated by the lack of consistency and transparency in the hiring process.  This sentiment is shared among many of the other SGCs we’ve spoken to.  The process seems to vary from school to school and there is a feeling that SGC input is more of a ‘check the box’ item than something that is truly valued and encouraged.”

In May, the Board of Education discussed the powers given to School Governance Councils under former Norwalk Superintendent of Schools Steven Adamowski and the possibility of scaling them back.

“On the whole, our recommendation is that School Governance Councils be given recommendation (power) and authority to advise and consult instead of to become the decision makers,” Attorney Dori Page Antonetti of Shipman & Goodwin said.

Rangel’s leadership of Tracey has been highly lauded as the school attained National Blue Ribbon School status. In 2019, Tracey was named a 2019 Connecticut School of Character.

Alison Sullivan, another Tracey parent, said that as a former student herself, she toured the school in 2019 and couldn’t believe was Rangel had “done with the school and how she transformed the whole ethos.”

Parents were “devastated” when Rangel departed, Tiani said. Sullivan reports that she cried and “had to explain to my son why I was crying when he saw me, and that I was sad because he would no longer have such a special and amazing principal.”

Sullivan wrote, “As a member of the PTA I had gotten to know her a little better and always looked forward to hearing what new and exciting ideas she had planned for the school and how hard she was working on taking care of her Cubs. I have never in my life seen an educator so truly passionate, selfless, caring, and hardworking as Theresa Rangel was as principal of Tracey Magnet School.”

“The community could not understand why the district could not hold on to someone of her talent in a way that would have benefited our community and possibly the whole district,” Tiani said. “…Many at Tracey expected Mrs. Rangel to move on from the school given the plan for her to move to central office, but no one expected her to leave Norwalk.”

When community members voiced their concerns to Estrella, they were seen as troublemakers, Tiani said, concluding. “The community believes a hostile work environment was created that played in the decision for {Rangel} to leave us.”

Sullivan on Tuesday called it “disrespectful” to Tracey’s community that a new leader had not been appointed “well in advance of the start of school, particularly in such an uncertain time with the Delta variant raging and concerns about keeping their unvaccinated elementary school children safe.”

Told on Thursday that NPS plans to announce a new principal, Sullivan said, “That would be a relief if that’s the case to have leaders in place before the start of school. I only hope they are ready to hit the ground running to provide direction in advance of school starting and reassurance to the Tracey community that it will be as smooth of a transition as possible.”

Anyone who knows anything about education in Norwalk knows how incredibly important a principal is. A Great Principal is worth their weight in Gold. I feel bad for every student at Tracey School. Maybe they’ll get lucky. Maybe Not. It’s going to be a very difficult year and this search process will make it more difficult for everyone involved. If Estrella wants to shake things up that’s her prerogative. If she fails I would ask every member of our Board of Education to resign and apologize to the community. For the kids sake I hope she succeeds. Reading between the lines Tracey’s loss was huge. I hope that’s not the “canary in the coal mine”.

talk about gaslighting, O’Neil’s Inferring that the ex-Principal was pushed out because one person came to that conclusion is premature and his prescription inane. I’ve worked in schools for 20+ years and interim administrators are common though it sounds like Theresa Rangel was a fabulous principal, she’ll be missed. She also might be exhausted given the demands on teachers and administrators today

@Steve – Those that have been reading my comments over the past couple of years know I can back them up with more than one source within the Board of Ed…I stand by my comment..I don’t know what gaslighting is but then again my wife has told me over and over again that I’m not as smart as I think I am.

@Steve Interesting thoughts but I have to go with O’Neil. Your comment sparked my curiosity so I looked Rangel up and found some ingesting things out. First if the article linked is correct and I have no reason to think it is not, Rangel took a pay cut of more than 40k for this new gig. https://www.mycitizensnews.com/news/new-director-to-focus-on-diversity-equity-in-borough/

Not sure about you but that is a lot of money to lose for exhaustion. I asked around to some of the members of the school community and according to one parent Rangel “ bounced out “ with the same energy she bounced in to Tracey with. So that’s a red herring.

There is a theme forming about the superintendent and the “crew” she brought in from NY. Harassment seems to be the name of the game. Don’t believe me? Nancy, I dare you to contact any current or recently departed Norwalk administrator and ask them off the record what is going on. All of the state is talking about how Norwalk is on fire.

Tracey community stay vigilant. History has a way of repeating itself!

I won’t speak for Theresa Rangel, except to say that I think she could have had a bright future in Norwalk under a different superintendent. I was unaware of her salary in her new position, and I agree that it is significantly lower, but sometimes money isn’t enough to keep someone who is in a bad situation that isn’t likely to improve anytime soon.

Perhaps Nancy will be able to contact current and/or departed administrators, although contacting anyone hired during Dr. Estrella’s tenure with NPS wouldn’t make much sense. I know administrators who are very upset, and I mean administrators who have been effective, intelligent, hard working and committed to the district. However, I suspect that there may be quite a bit of hesitation for individual administrators to speak out.

In my opinion, NPS is in a very bad situation and I don’t see it improving under this superintendent. I think her continued service will be a disservice to Norwalk.

Maybe she just got tired of seeing the city ignore Tracey, unless it made for a nice photo op for the politicos to take credit for her hard work. Whatever the case, we’ll miss her, but if you want to cool off, don’t go to Tracey, go to the museum.