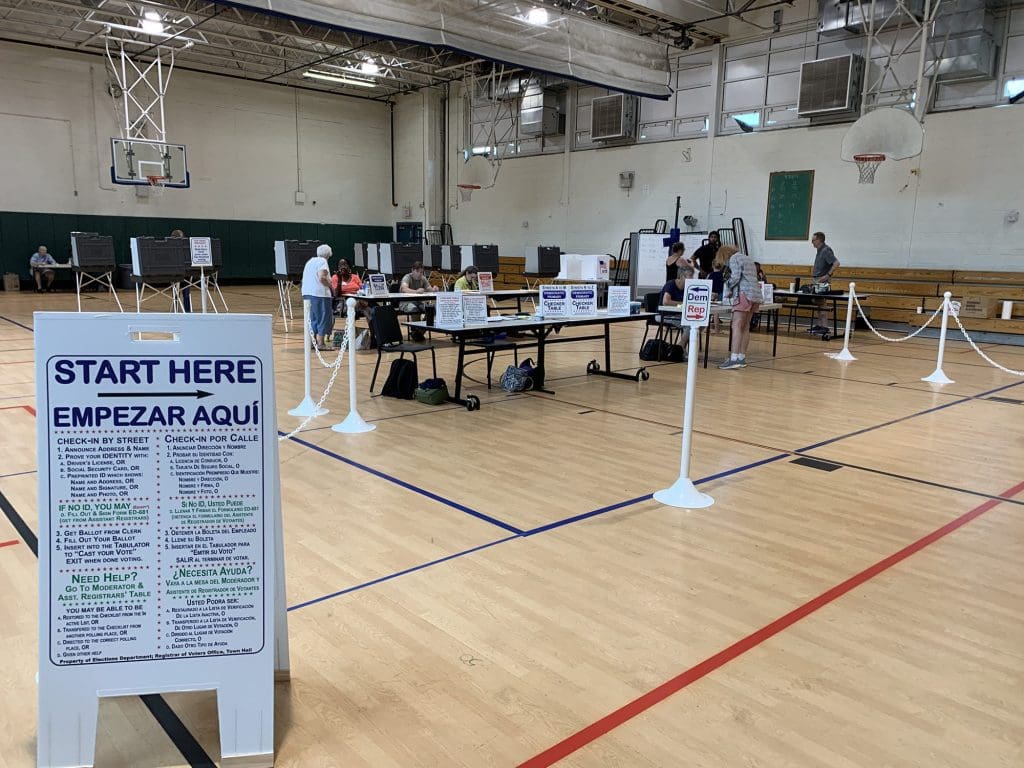 NORWALK, Conn. — Turnout at the polls in Norwalk is significantly lower than the last non-Presidential primary, held four years ago.

Four years ago, a gubernatorial race brought people out to vote. This year, the ballot is slim.

It’s a quiet year for intra-party fights for nominations to the General Assembly, with only five Democratic and two Republican contests for state House nominations and one Democratic primary in the state Senate. There also are primaries for probate judge and registrars of voters.

None of those are local.

Norwalk has local candidates on the ballot.

West Haven Dems have reason to go vote as Democratic Rep. Treneé McGee is being challenged in the 116th District by Joseph Miller.

The Thomas campaign sent out an email just before 4 p.m., urging supporters to make phone calls to get out the vote.