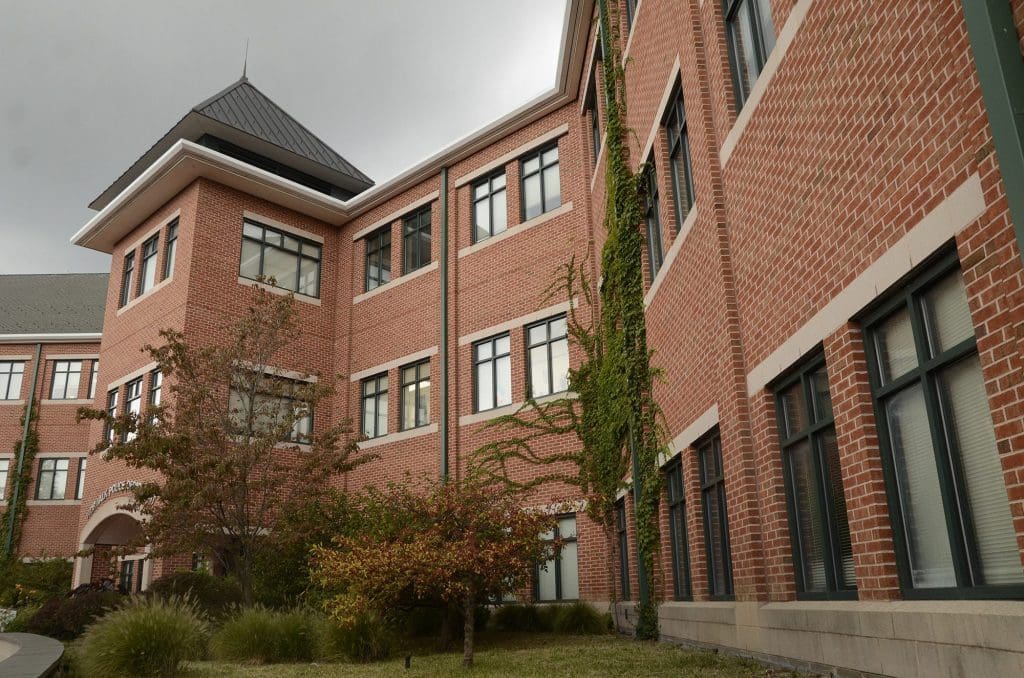 “I hope there are not others in the near future but I am told of rumors that one or more that are eligible to retire may do so earlier than they had planned,” Kulhawik said Nov. 11 in an email to NancyOnNorwalk.

Officer Timothy Blasko, as shown on his LinkedIn page. (Contributed)

“I spoke to him and he said that based on the current climate and the state legislature’s actions, etc., he felt it was time for him to go, and he’s decided to leave,” Kulhawik told the Police Commission. “…He’s just leaving police work.”

The legislature, during last summer’s special session, passed a police accountability bill. Norwalk Police union members say that in addition to the “qualified immunity” clause, they object to restrictions on the use of force, social worker involvement in crime scenes, and mandatory psychiatric exams.

Officer Brent Crawford, who came to the department almost two years ago, left for the same reasons, Kulhawik said. Crawford came here from the Orange Police Department and has taken a position with the Port St. Lucie department in Florida, where he “has some family.”

“He was an excellent officer,” Kulhawik said. “I am sorry to see him go. I had a long talk with him and he, again, cited the same reasons as also Blasko for leaving Connecticut.”

Blasko’s LinkedIn page shows that he was on the New York City Police Department for 21 years before coming to Norwalk. 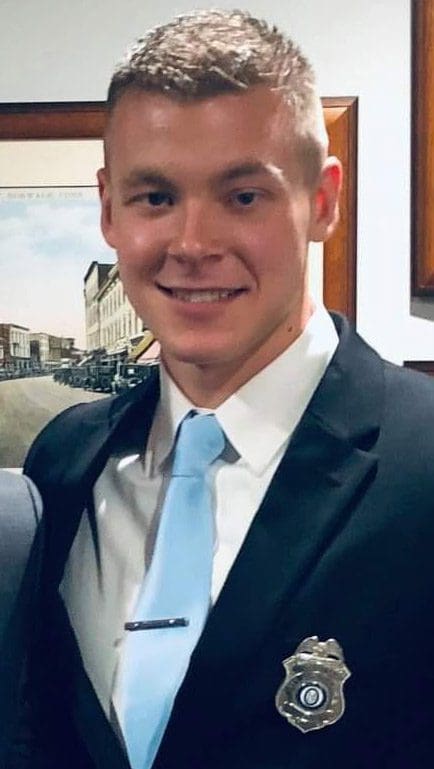 Officer Brent Crawford in December 2019, shortly after he was sworn in. (Norwalk Police)

Lt. David O’Connor, police union President, declined to comment specifically on the officers’ resignations, but said, “I certainly hope when the legislature reconvenes, they will pick up on what they’ve created and recognize after speaking with some of the people involved, recognize some of the shortcomings in their legislation, and make some moves to correct it. Not everything there is bad, but there are some things that are very bad.  Those need to be adjusted, so we can do our job,” he said.

At Wednesday’s Police Commission meeting, it was announced the department currently has 176 sworn personnel with five vacancies.

“I have not spoken to the officers so I can’t comment on their reason or reasons for leaving. I have an open door policy for any officer that feels a need to speak with me,” Rilling said Saturday.

He continued, “I also have periodic conversations with the police union president as well as the other unions representing our city labor force. I have not been made aware of any widespread morale problems. Our police officers are professional men and women who do a very difficult job and I truly respect them and I am very proud of them. I will always provide for them the training and resources they need to do their job safely.”

“There are a lot of concerns about the police accountability bill that the state passed. And it is definitely a major loss for our community to lose any of our outstanding officers because of it,” Police Commissioner Kelly Straniti said Wednesday. “We will stand ready to adapt as need be, and provide the additional resources and support that will surely be required as a result of the legislation.”

She said she didn’t otherwise see any concerns about morale in the department, including with Kulhawik, whose contract expires on Dec. 31, 2023.

“In Norwalk we’re very fortunate to have one of the best departments in the nation, with highly dedicated and skilled officers who undergo continuous training,” she wrote. “Every month we review many emails and letters that come in from people in our community thanking our officers for various jobs well done. In turn, I believe our department feels supported by the chiefs, the police commission, the mayor and the majority of our community. It shows in the passion and excellence they bring to the job every day.”

Legislators are you listening? Norwalk Police are dedicated and professional. The Bill passed earlier needs to be revisited for changes.

I congratulate Chief K. for trying to be positive about current situation. It doesn’t shock me that Duff and his supporters did not respond. Their votes and their blind support during Duff affair spoke volumes about their misguided positions. Quite honestly, it makes me sick.

All one has to do is look at the number of applicants taking police exams now compared to 5 years ago to see that no one feels that it is worth it anymore. There was a time where hundreds would apply for a few openings and many qualified applicants would die on the list when it expired. Now there aren’t enough qualified applicants to fill the positions and departments have to reissue tests when the applicant pool dries up. Those that can retire leave much earlier than they have in the past rather than risk being second guessed by those with no knowledge of split second life and death decisions. Even when they are exonerated by juries after professionals explain the law and demonstrate proper self defense strategies and tactics, and flaws with the “shoot the knife out of their hand” or “a person with a knife can’t hurt you from 10 feet away” theories, the general, uninformed public refuses to accept these decisions. Simply not worth it anymore.

And so it begins!! And isn’t funny that Bob or any of his puppets didn’t make a comment. Really?! They have nothing to say about this bill that all it’s going to do is allow crime to sky rocket and force police officers to resign. Well, Norwalk congratulations the chances this bill gets fixed are slim to none. Bob and Co already have ordered the destruction of our police and safety. Once again the people never learn when voting . Now you really get what you voted for. SAHMEFUL!

I don’t blame them. I’m sure you will see a lot more officers leaving and not many new ones coming in. Thank you Bob Duff! But you people keep voting him in. You get what you deserve!

Norwalk police union president Lt. David O’Connor, referring to the police accountability legislation:
“Not everything there is bad, but there are some things that are very bad. Those need to be adjusted, so we can do our job,” he said.

Lt. O’Connor – I would really appreciate knowing what the “very bad things” are in the legislation. Can you describe exactly what those are so readers and voters might have a sense of what you are referring to?

I have added a link to this story, to the previous story outlining NPD objections to the police accountability bill.

Maybe if police unions ever held officers responsible for bad behavior these bills would not be needed. I also would like someone to explain how some of these officers are able to do their jobs effectively when they are working such high number of overtime hours every week, all year, for years on end. When do they sleep?

Did Democrats learn the “Defund the Police” movement was not popular among most people? Do Democrats understand they are losing their base (Hispanics and African Americans) to Republicans?

Wake up before it’s too late!

Defund the police was just a slogan. We dont want nor need a police state. Much of police funding needs to be re-analyzed and probably shifted to where it is most needed [beneficial to taxpayers].

What specifically are the issues with the bill?
Unfortunately, we still can’t talk about the issues, only polarizing headlines…

I have lived in Norwalk for almost 20 years and have only had the best experiences with our police force. I also find Bob Duff to be an incredible advocate for Norwalkers. I was particularly impressed with how he supported our community through the early onset of COVID-19 this spring.

Reading about how contentious and divisive this has been in the community has been disheartening.

What struck me the most about the objections people had to this legislation is that there are many, many professions that have legislated oversight, mine included. I’m in a profession in the private sector where I can be held both criminally and civilly liable for making a mistake. Even an innocent one, because the legislation holds that ignorance of the law is not a defense for breaking it. Let me explain that further: I could make an innocent mistake in my line of work, be sued personally for hundreds of thousands of dollars and arrested, convicted and sentenced to a prison term.

Come on folks. No one wants to defund police, that’s a stupid stretch of reality. Accountability is the goal, simple. I would hope that everyone agrees with that, including our great police department members.

“they object to restrictions on the use of force, social worker involvement in crime scenes, and mandatory psychiatric exams”

What are the objections to these things? “We want to use force, we don’t want social workers involved and we don’t want psychiatric exams?”