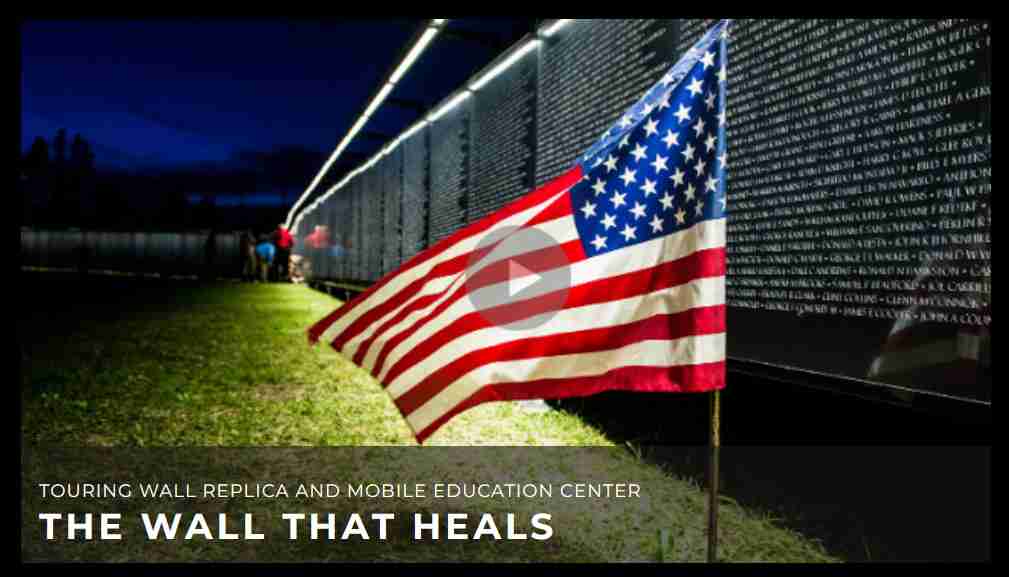 Screengrab from “The Wall That Heals.”

‘The Wall that Heals’

“The Wall that Heals,” a traveling exhibit that combines a three-quarters scale replica of Washington D.C.’s Vietnam Veterans Memorial with a mobile education center will be set up at Veteran’s Park on Seaview Avenue in Norwalk from Friday June 2 until Monday June 5, according to a news release.

The exhibit has been to more than 700 U.S. locations since its 1996 Veterans Day unveiling.  Measuring over seven feet high and 375 feet long, the wall’s 140 numbered panels containing engravings of more than 58,000 servicemen’s names listed by day of casualty.  Those killed include 18 Norwalkers.  The exhibit “allows the souls enshrined on the Memorial to exist once more among family and friends in the peace and comfort of familiar surroundings,” and “provides thousands of veterans who have been unable to cope with the prospect of facing the Wall to find the strength and courage to do so within their own communities, thus allowing the healing process to begin.”

“We are honored to be recognized by Senator Murphy,” BioWave Founder/President Bradford Siff said.  “One of the keys to innovation is having access to capital as well as to high level resources that can facilitate the ideation, design and development process. Being located in Connecticut helps provide easier access to capital and to these key individuals and core outside services. So for example, we were delighted to have the State of Connecticut’s venture capital arm, Connecticut Innovations, participate in our most recent round of preferred equity financing several years ago.”

“The team at BioWave is transforming pain care management for the millions of Americans who suffer from chronic pain that interferes with their daily lives,” Murphy said.  “Their technology provides a safe, effective alternative to opioids that helps ease persistent pain, and I’m proud to recognize their innovative work in Connecticut.”

A Murphy-generated news release said that “startup companies create an average of 2 million jobs each year.”  The Senator aimed to fuel the trend by introducing the Angel Tax Credit Act and the Helping Angels Lead Our Startups (HALOS) Act which incentivize greater “angel” investment. 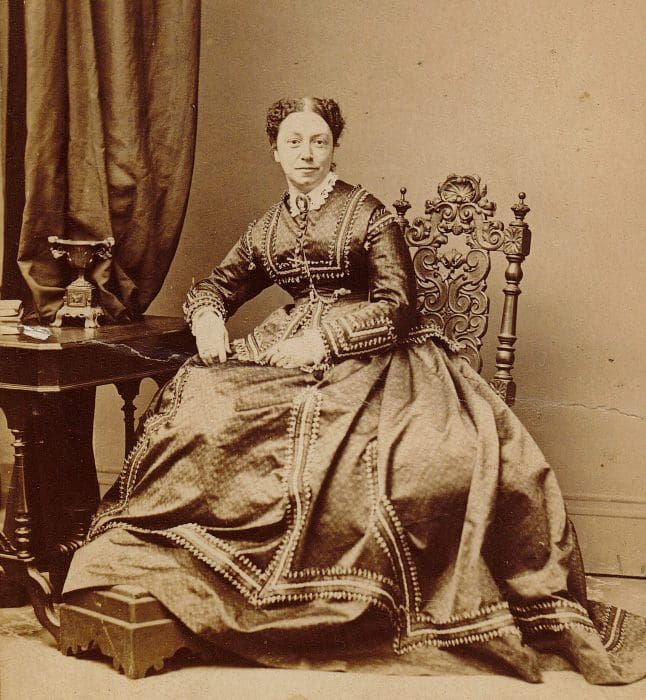 A new exhibit opening Thursday May 19 at the Lockwood-Mathews Mansion Museum (LMMM) probes hazardous 19th century apparel manufacturing practices, according to a news release.  Curator Lynne Zacek Bassett’s presentation explores the dangers faced by workers in plants where poisonous dyes and chemicals were used.  The exhibit’s relevance to today’s world earned it a $4,999 Quick Grant from Connecticut Humanities, an independent National Endowment for the Humanities affiliate supported by public and private funding.

“Congratulations to the Lockwood-Mathews Mansion on their successful Quick Grant application!” Connecticut Humanities Executive Director Dr. Jason Mancini said.  “We’re excited to support projects that find ways to make history relevant – from fashion, to sustainability, to labor organization, and environmental health. LMMM shows us that history is with us every day as we contextualize trends of the past and help individuals see comparisons and connections to the issues of today.”

LMMM Board of Trustees Chairman Douglas E. Hempstead said, “We are very grateful to Connecticut Humanities for awarding vital funding to this thought-provoking exhibition on 19th century fashion, and to all our state legislators for their continued efforts in supporting CTH and the inspiring programs we offer to our communities. The Board and I are thrilled to have E.D. Susan Gilgore working tirelessly in providing programs that are educational, provocative, and timely to our communities’ concerns on environmental challenges.”