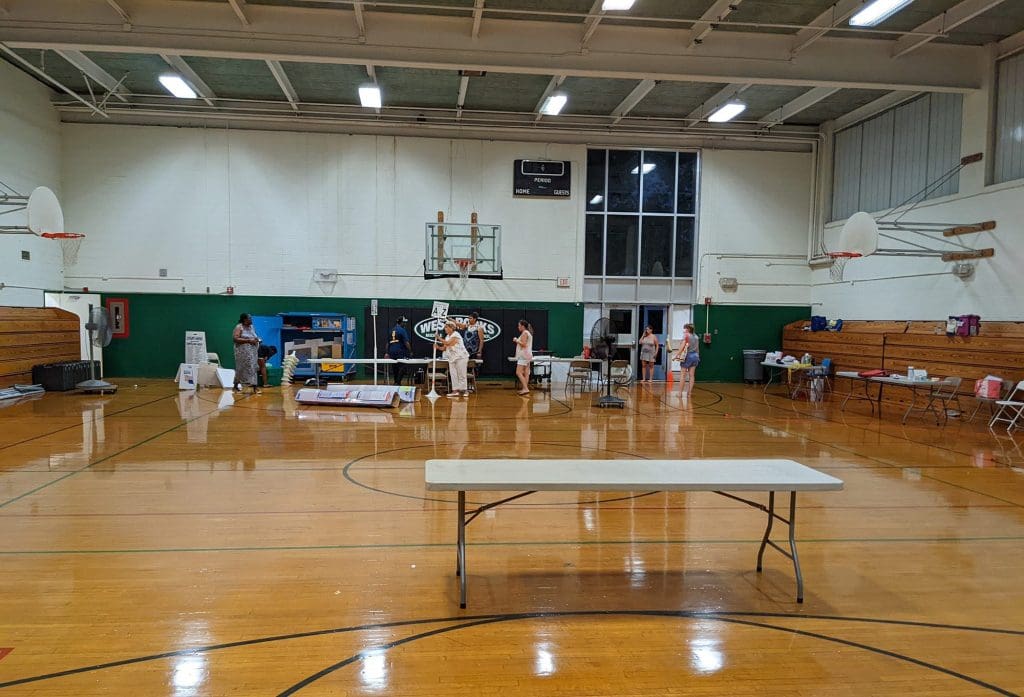 NORWALK, Conn. — Voters trickled into the polls in Norwalk during an exhausting heat wave to vote in today’s off-year primary election.

At West Rocks Middle School, the site covering the largest number of voters in Norwalk, a total of 237 registered Democrats and 172 registered Republicans had cast their ballots by the time the polls closed at 8 p.m.

While most voters were in and out of the polling place in the school’s sweltering gymnasium within 15 minutes, it was the poll workers who had the roughest time coping with the heat.

This reporter spoke with four workers, all of whom asked not to be identified. 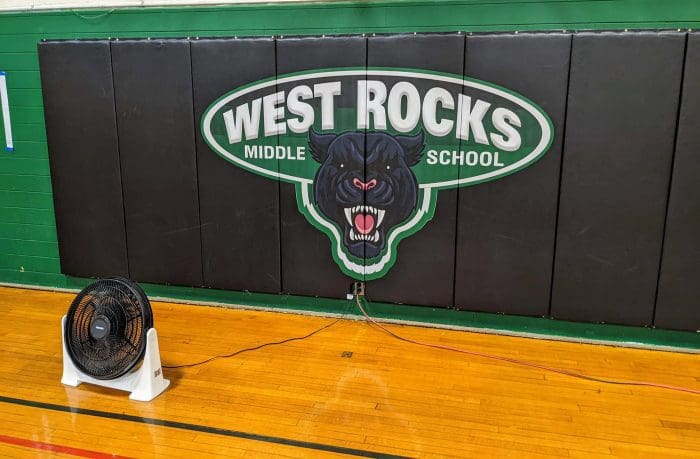 “They gave us just one standing floor fan for the entire gym, that was it.”

“And we were provided with only 24 eight-oz. bottles of water, for more than 10 people, which was supposed to last us for close to 16 hours.”

One worker was surprised there had been no police officer assigned to the site, which she thought was unusual, given today’s polarized political climate.

Another worker said a couple of voters offered to go home at return with their own fans to try to help keep them cool.

At 7:30 p.m. the temperature in the gym was 91 degrees, but the high humidity made it feel worse.

However, in the interior hallway leading to the exit it was seven degrees cooler.

“I don’t understand why they couldn’t have us set things up in a much cooler part of the building, like the cafeteria, library or the auditorium,” said another worker.

Despite the challenging conditions, the workers spoke of their dedication to participating in the sanctity of the election process.

Some were following in the footsteps of a parent who had been a poll worker, and they welcomed the opportunity to continue a longstanding family tradition.