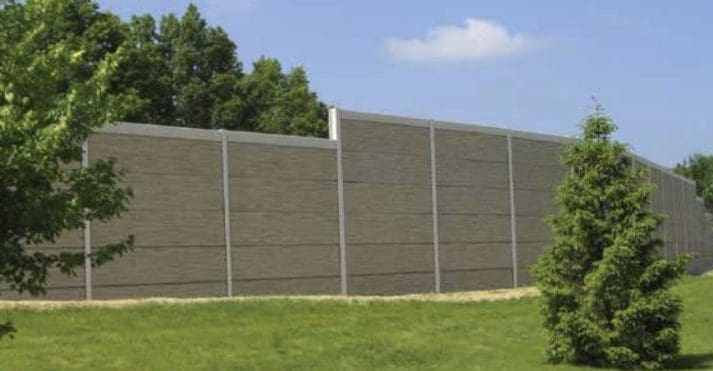 Building and maintaining our highways is expensive.  But here’s a quiz question:  on Interstates 95 and 84, what costs a half-million dollars a mile to construct?  The answer:  sound barriers.

Why are we spending that kind of money to surround our interstate highways simply to protect the peace and quiet of their immediate neighbors?  Living that close to a highway built in the 1950s comes with the twin costs of increased noise and air pollution along with the benefits of proximity to the highways.

Do you have sympathy for people who move near airports and then complain about the jets?  Neither do I.   But the solution to highway noise is not to create a walled canyon paid for by others. 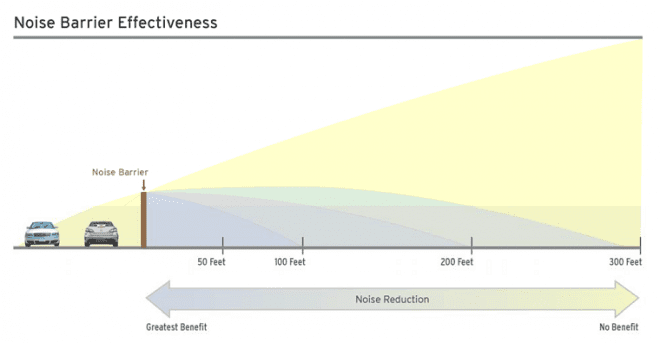 Sound barriers, in my view, are a waste of precious resources.  They don’t reduce accidents, improve safety or do anything about congestion.  And they’re a magnet for graffiti artists.  Three miles of sound barriers on both sides of an interstate would buy another M8 railcar for Metro-North, taking 100 passengers out of their cars on I-95.

Worse yet, Connecticut’s hard, wooden sound barriers (styled after Fort Apache) really just reflect the sound, not absorb it, bouncing the noise further afield.  But there are alternatives:

1) Why not sound-proof the homes?  That has worked well for neighbors of big airports and would be a lot cheaper than miles of sound barriers.  Plus, insulation against sound also insulates against energy loss, saving money.

2) Rubberized asphalt.  Let’s reduce the highway noise at its source, literally where the “rubber meets the road.” Using the latest in rubberized asphalt some highways have seen a 12-decibel reduction in noise.  And rubberized asphalt, as its name implies, is made from old tires… about 12 million a year that would otherwise be junked.

3) Pay for it yourself.  Create special taxing zones in noisy neighborhoods and let those home owners pay for their sound barriers.  They’re the ones who are benefiting, so shouldn’t they be the ones who pay?  And that investment will certainly be recouped in increased property values.

4)  Penalize the noise makers.  Let’s crack down on truckers who “Jake brake,” downshifting noisily to slow their speed instead of using their real brakes.  And motorcyclists or those cars with busted mufflers, they too should be penalized.

5)  Go electric.  Electric cars are virtually silent.  And there are electronic ways of using noise cancellation technology that, on a large scale, can induce quiet at a lower price than building wooden barricades.

6)  Go absorbent.  Where there is room, erect earthen berms alongside the highway which will absorb the sound.  Or if you must construct sound barriers, fill them with sound absorbing material, treating the noise like a sponge, not bouncing it off a hard, flat reflective surface.

Our interstates, especially I-95, are carrying far more traffic than they were ever planned to handle.  And there is no sign of it decreasing.  In Fairfield County the rush hour starts about 6 a.m. and runs continuously until 8 p.m. without a break.

If our state’s economy depends on these highways we will have to live with the karmic cost of a little noise.  But if it’s too much to take, why ask others to pay for its remediation when immediate neighbors are the only ones benefiting from that spending?

Jim Cameron is Founder of the Commuter Action Group, advocates for Connecticut rail riders.  Contact Jim  at [email protected] This opinion comes to you courtesy of the Connecticut Mirror.

If the money for the sound barriers comes from the federal or state gas tax then the creators of the noise are paying for the barriers, which seems fair.

Lots of good alternatives here. I-95 is not in my backyard, but the sound levels around my home increased when they put in the barriers. It seems to echo off the opposite side of the highway from my home. Also, there are issues with enforcement of noisy vehicles. There is one wheicle that passes every night which is so noisy, it seems as if I can hear it pass by from Exit 16 to Exit 18!

I do pity folks near airports. Think New Haven. Think Westchester.Think parts of Queens.
The barriers help the folks who pay property taxes (on land that has diminished value) so that Hartford can fund the Bus-to-Nowhere and the Train-to-Nowhere.
How are those projects working out for the state?

I live in Norwalk. If people would stop needing first responders it would be much quieter. Maybe when an ambulance comes from Westport or New Canaan, we can charge a noise tax. Lol

Seems like the highway has been there before most homeowners. The buyer was aware of the location when they purchased, and likely paid less for their home due to “location, location, location”

Great article and good timing, as ENNA (East Norwalk Neighborhood Association) has been discussing the need for sound barriers along 95. It appears from Google Earth that most of Olmsted Place near Exit 16 is way beyond the 200 feet away from the barrier needed to be effective, in fact only a few houses would actually benefit.

Now let’s say there would also be a barrier added on the north side of the highway, in the Colony/Willow/Beacon/Armstrong neighborhood, where houses are much closer to the highway than the ones on Olmsted. In fact, a sound barrier on the north side would probably be more justified based on the number of properties that would benefit in that 200 foot quieter zone behind the barrier.

However, there would also be a huge negative impact to the rest of East Norwalk as that north barrier would now concentrate and bounce highway noise back across all of East Norwalk for miles, as studies have shown. And a sound barrier along Olmsted on the south side of 95 would correspondingly concentrate and bounce highway noise to neighborhoods north of 95 up towards City Hall and beyond.

In other words, be careful what you wish for. Sound barriers are well-known to make the highway noise worse for everyone beyond the immediate 200 feet of a sound barrier. That’s a huge impact to all of Norwalk.

Better in my mind to plant more trees instead, especially evergreens, which absorb the sound and don’t bounce it back to the larger area on the far side of the highway, which hard-surfaced sound barriers do.

The Author has not taken into consideration that since the 1950’s traffic, commerce and population has increased 100000 fold especially 18 wheelers running through Fairfield county at night. Adding sound barriers is an equitable upgrade to resolve current highway problems. Noise pollution is an environmental threat just like any other form of pollution.