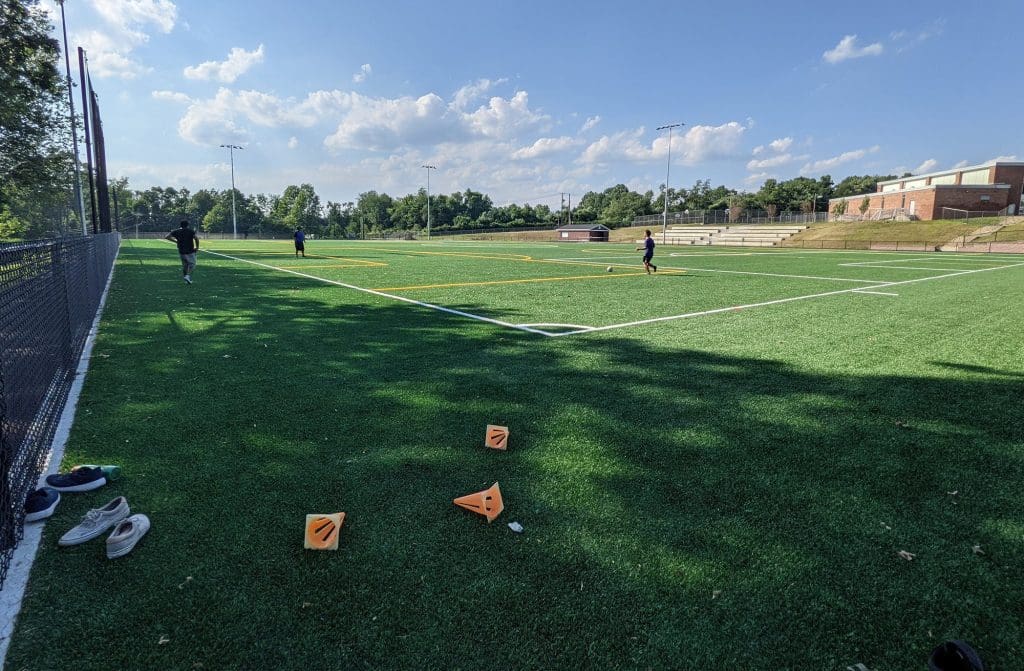 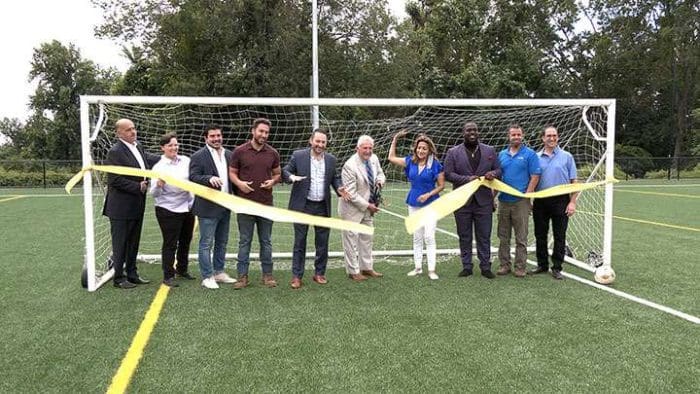 What a difference a few years can make, said Fosina, Norwalk Junior Soccer Association President, at a ribbon cutting for the new facility on Aiken Street, first initiated in the 2018-19 capital budget as a planned $2 million expenditure.

“We’re so proud of what we’ve done… this is a field that our young people are entitled to,” Rilling said.

“Having a field that we can utilize at full capacity for soccer, full lacrosse or any other sports, that is really what this is all about. It’s for the youth of our children, our Norwalk children,” Fosina said. 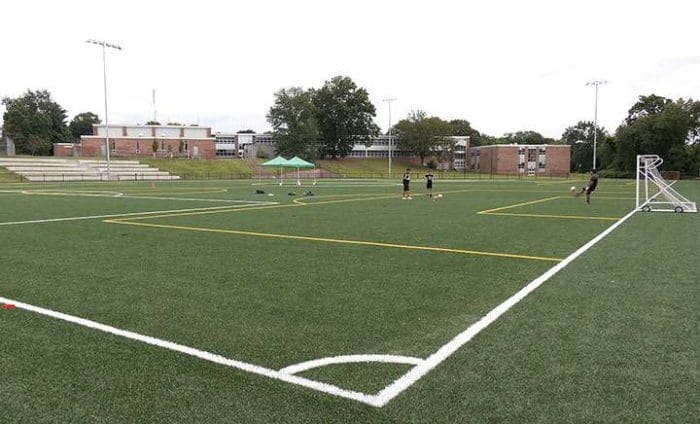 There’s been some pushback. Just over a year ago, Council member Lisa Shanahan (D-District E) voted against the artificial turf contract out of concerns for health risks to children and environmental risks to the community. “I absolutely support athletic fields for children,” she said. But, “I had to vote my conscience.”

Rilling mentioned the turf Thursday, explaining that the CoolPlay will keep the field 25 degrees lower than “normal artificial turf.”

Then- Director of Recreation and Parks Nick Roberts called it “40 degrees lower” a year ago.

While, at the time, all of Norwalk’s turf fields used a sand base with a crown rubber top, Roberts differentiated that from CoolPlay by explaining, “you’re not even going to get the exposure to the crumb rubber anymore.”

All the studies producing concerns about health effects looked at crumb rubber. CoolPlay is new.

CoolPlay sits on a base of sand and rubber with a thermoplastic elastomer (TPE) topping that “meets or exceeds the stringent EN71 requirement to use for validating the safety of children children’s toys and materials” and “requires no additional maintenance,” Roberts said. 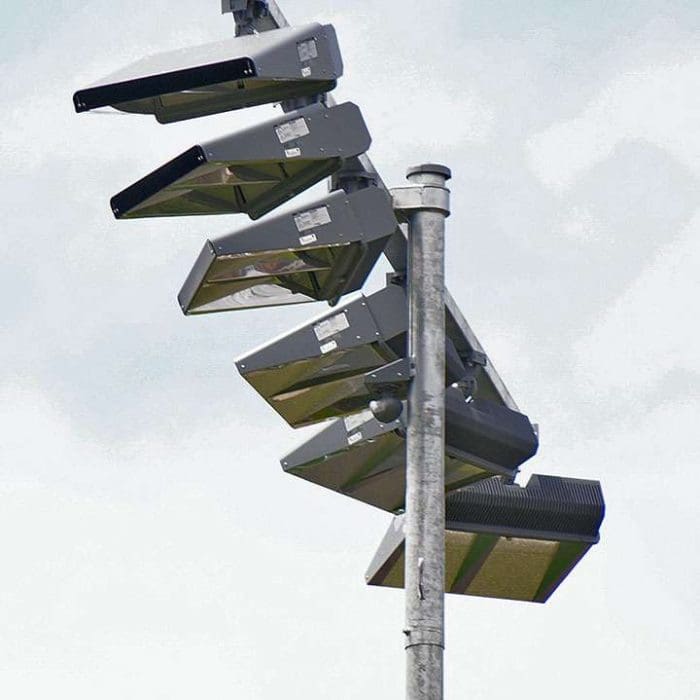 Construction began in November. The school’s upper terraced lot was replaced by the artificial turf field with LED lighting and a concession stand, while the lower field remained as is, according to the account Andy Soumelidis of Land-Tech gave to Zoners in 2020. A new parking lot off Aiken provides 57 spaces in addition to the 150 spaces already onsite, and will include handicapped parking; a staircase will connect the upper and lower fields.

Halfway through the project, a drainage issue was discovered, he said. “Long story short, all the school drainage was tied into the same drainage line we were using for the field. And that was unbeknownst to anybody involved with the project.”

Sunrise Hill Condominiums owners were worried about flooding and stormwater runoff, Norwalk Chief of Operations and Public Works Anthony Robert Carr said in a memo. A storm sewer outlet was moved and the water would go through underground pipes a newly replaced Aiken Street catch basin.

During construction, a school drainage network was found; an analysis showed it sent water toward the condos. The City’s contractor, TD&Sons, modified the original plan in accordance to input from Landtech and the Department of Public Works to accommodate the condo owners, Carr said.

“We didn’t realize how bad the water drainage was there until we started this project,” Public Works Committee Chairman George Tsiranides (D-District D) said June 9. “…We added more trees, we added more drainage, and this is part of the cost associated with it. We were inadvertently adding water issues for the condo association directly adjacent to the school, unbeknownst to the city at the time.”

This field is great for the kids; however, it’s been a nightmare for the Sunrise Hill condos that are adjacent to the field. I live in one of these units and I am so disgusted with Mayor Harry Rilling and the Zoning Commission for not realizing that building this field would cause such water drainage problems for the condos. Many of the condos had 3-4 inches of water in their basements including mine that caused a lot of damage to items in our basements. The water also killed all of my flower plants in my backyard. AND IT STILL CONTINUES EVERYTIME IT RAINS HEAVY!! SO DISGUSTED!!

@Debra, it probably has more to do with the subdivision and 1000 trees that were cut down across the street. The city had a chance to buy that for some open space but blew it. See the related story on tree preservation above this.