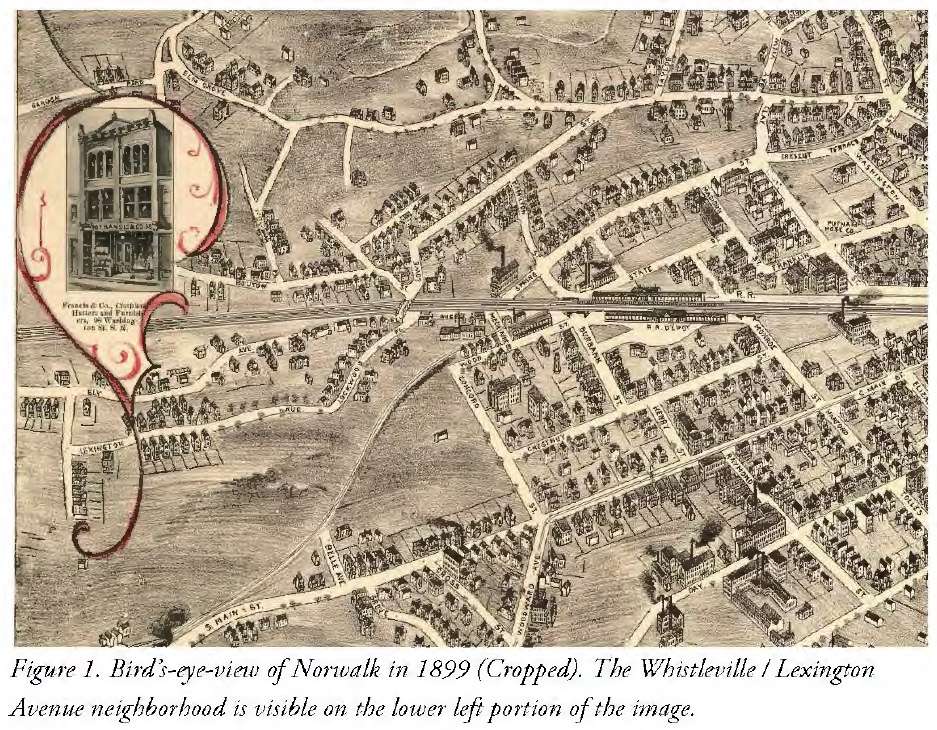 NORWALK, Conn. — Whistleville, a part of South Norwalk nicknamed for its proximity to the train station, has officially been added to the National Register of Historic Places, the City said in a news release.

The area roughly bounded by Ely Avenue on the north, South Main Street to the east, Tito Court on the south, and Martin Luther King Jr., Drive on the west joins several other Norwalk districts given the national distinction, including SoNo, Wall Street, Five Mile River Landing, and the Norwalk Green.

“It’s important that we recognize our past and honor our history. Whistleville has a storied history in Norwalk, and it’s long past due for it to be added to the National Register of Historic Places. Thank you to everyone who made this become a reality,” Mayor Harry Rilling said in the news release.

“Built in response to the rapid industrialization taking place in Norwalk during the late nineteenth and early twentieth century, Whistleville was originally home to various Italian and Hungarian immigrants who moved to Norwalk to work in the nearby factories,” the release said. It’s “generally characterized by narrow lots, in a tight nit {cq}, compact fashion with constructed in the Gable-front Vernacular and Gable-front and Wing Vernacular Style, with some examples of Prairie/American Foursquare Colonial Revival, Queen Ann, and Italianate styles. Along with these homes, there are also a few churches, commercial buildings, and multi-family buildings in the district.”

The Cecil Group, in a 2015 study done for the Norwalk Redevelopment Agency, describes the area as maintaining “its feeling and association as an early twientieth century neighborhood, as expressed through the retention of the original street pattern, landscape features, setbacks, views and historic architectural character. It is easily identifiable as a coherent neighborhood… The buildings retain their historic massing, design features, and the majority of their historic materials.”

While the Historic Register designation “does not place limits on the amount and type of development to take place in the neighborhood (outside of those imposed by current zoning), the designation can make homeowners in the area aware of the significance of their property and encourage them to reach out to the Historical Commission for feedback on any proposed renovations,” the City news release said. “In addition to this awareness, the designation also allows homeowners to apply for a tax credit program available through the State, as well as a façade program available through the Norwalk Redevelopment Agency.”

The Historical Commission and Norwalk Preservation Trust intend to “host a series of outreach events to make residents aware of their new historical status and the opportunities that this designation brings,” the City said. “Any Spanish speaking non-profits in the area are encouraged to reach out to the Historical Commission to assist with translation.”

I think it is a wonderful honor.
My ancestors had a part of building of the area. Mentioned should have been the Lexington Avenue Hungarian Reformed Church. ForH ungarians and Italians in the
area this was very important part of their lives !