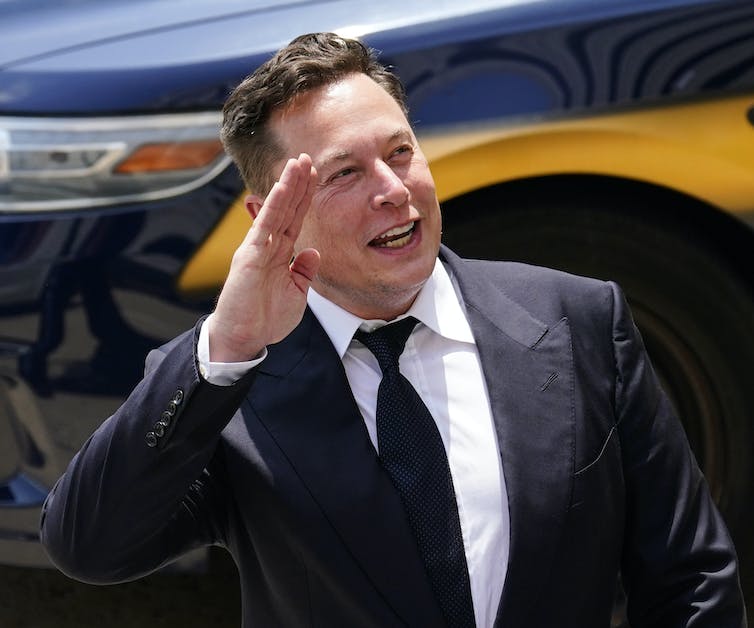 The speed with which a tax on billionaires came and went as a means to pay for President Joe Biden’s economic agenda shows why it’s so hard to tax wealth in the U.S.

Democrats unveiled their proposal on Oct. 27, 2021, and it was nixed that same day, replaced with a surcharge on millionaire incomes.

The idea of taxing the richest Americans’ fortunes has been batted around for some time, and perhaps with good reason from a tax perspective. The total wealth of U.S. billionaires soared by US$1.8 trillion during the COVID-19 pandemic as of mid-August. And recent reporting has found that despite their massive riches, billionaires tend to pay very little in taxes.

As an expert on tax policy, I have observed that there’s a big obstacle standing in the way of a wealth tax: the Constitution.

Concerns about inequality have increased in recent decades.

Americans enjoyed substantial economic growth and broadly shared prosperity from the end of World War II into the 1970s.

But in the 1980s, President Ronald Reagan dramatically slashed taxes on the wealthy – twice – cutting the top rate on wages from 70% to 28%.

Studies have shown lower income and corporate tax rates, combined with other “trickle-down” policies such as deregulation, have led to steadily rising income for the richest Americans and wealth inequality.

Currently, the federal government taxes all income above $518,400 at 37% for single filers, with an additional 3.8% investment tax on incomes over $200,000. Of course, as a ProPublica cache of tax documents shows, loopholes and tax dodges result in actual income tax rates being significantly lower.

The problem with taxing wealth

Unlike an income tax, a wealth tax reaches the root of both wealth and income inequality.

But there are strong arguments that a federal wealth tax is unconstitutional. Wealth taxes violate Article I, Section 2, Clause 3 of the U.S. Constitution, which forbids the federal government from assessing “direct taxes” that aren’t apportioned equally among the states.

The income tax is a direct tax and constitutional because of the 16th Amendment, which specifically allows income taxes without apportionment. As for property, you may notice that only states and cities levy real estate taxes. In almost every case, the federal government cannot tax real estate or any other form of wealth absent a transaction.

Proponents of a wealth tax, such as U.S. Sen. Elizabeth Warren of Massachusetts, cite a small group of law professors who back her claim that a wealth tax passes constitutional muster. But the argument against constitutionality is strong enough that a Supreme Court challenge is sure to follow any attempt to enact a wealth tax.

Barring a victory before the conservative-leaning Supreme Court or an arduous amendment to the Constitution, the federal government is shut out of taxing wealth.

I agree with progressive lawmakers that the United States should return to economic policies that seek to lift all boats.

Although American wealth and productivity have surged in the past 40 years, most Americans have not seen their lot improve nearly as much as the richest have – and are paying higher tax rates. In 2020 alone, America’s billionaires saw their wealth increase $560 billion, even as tens of millions were unemployed or depended on food donations to get enough to eat.

The U.S. tax system is at least partly responsible for these gaps. While a wealth tax may not be a workable solution, there are other means, such as higher income tax rates for the well-to-do or a wealth transfer tax that focuses on the transfer of wealth to a billionaire’s heirs. These approaches could not only help solve the problem of inequality but would pass legal muster too.

This is an updated version of an article published on June 9, 2021.