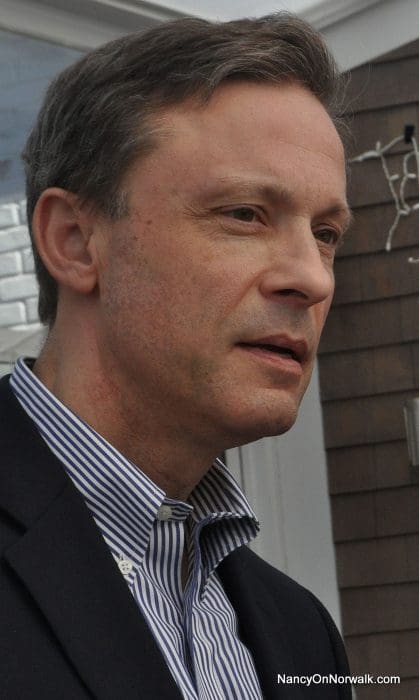 NORWALK, Conn. – There may be no bill number, but there was indeed a request that the state Education Committee examine a key component of the formula Connecticut uses to fund Norwalk Public Schools, State Rep. Fred Wilms (R-142) said Thursday.

On Wednesday, State Sen. Bob Duff (D-25) contacted news outlets to say that there is no House Bill 5670 sponsored by Wilms, although the public had the impression that there was. The legislature’s joint rules showed that the deadline to submit a bill had passed, but Wilms said Thursday that he had requested the Education Committee to consider raising a bill well ahead of the deadline.

“At this juncture it appears unlikely the Education Committee will raise my ECS (Educational Cost Sharing) proposed bill,” Wilms wrote in an email. “However, we do retain the option to propose an amendment on the House Floor for ECS reform. Should this fail, I will move forward again next year.”

When Wilms ran two years ago to take the seat held by retiring State Rep. Larry Cafero, he made reforming ECS a key point of his campaign. The formula is regarded here as being unfair because it is heavily weighted on the grand list and not so much on median income or indicators of poverty.

In 2015 Wilms submitted HB 1097 and HR 5670, an ECS concept bill. In February, the Board of Education was set to vote on a resolution urging support for HR 5670, although the bill had expired at the end of the 2015 legislative session, but its meeting was cancelled. The resolution was changed to remove the reference to HR 5670 and instead urge support to “bring forward a relevant Raised Committee Bill for consideration in the current session of the legislature.”

However, news reports continued to say that the BoE was looking for support for HB 5670, news reports which went uncorrected. Facebook posts referred to HB 5670, without correction from politicians with access to the threads, and Duff got emails asking why he wasn’t supporting it.

“I’m being asked to support a bill that doesn’t exist,” Duff said.

“Most of this kerfuffle could have been avoided if Bob had (1) actually read the Resolution the Board adopted and sent to him, instead of just reading news accounts and Facebook posts, and (2) responded to my email on behalf of the Board instead of ignoring it,” BoE Chairman Mike Lyons said in a comment on this site. “No one had any idea what Bob was doing because Bob didn’t TELL anyone what he was doing.”

On Jan. 12, Wilms sent a letter to Education Committee leaders to ask that the “committee consider raising a bill to amend the definition of ‘equalized net grand list’ for purposes of calculating the education cost-sharing grant.”

“This year being a short session, all legislator submissions were in the attached letter format,” Wilms said in an email to NancyOnNorwalk. “My proposal requests the Education Committee to raise a Committee bill along the lines of my proposal. As such there was no assigned bill number. A bill number would only be assigned to the raised Committee bill.”

On Feb. 3, Wilms reached out to entire Norwalk delegation asking for support, which he got only from State Rep. Terri Wood (R-141) and State Rep. Gail Lavielle (R-143), he said.

“My goal is to move ECS reform forward for Norwalk,” Wilms wrote to NoN. “To that end I am extremely grateful to the Norwalk Board of Education and to the concerned Norwalk parents for their support.

“Finally I look forward to working with Senator Bob Duff and all my Norwalk colleagues. We have worked well together on many issues. We all care deeply about Norwalk and I sincerely believe that open minds can find new pathways.”

Duff reached out to the Education Committee on March 11 to express support for reforming ECS, as reported here Thursday.

“There have been ongoing efforts in this area, from our mayor, from several of our legislators and so on,” Adamowski said to the Board of Estimate and Taxation (BET). “The problem with this is there are only two cities in the state that are impacted, to this degree by the current formula, and that’s Norwalk and Stamford. You know, the rest of the state, if you are a city you are very happy because your income level is much lower, your grand list is lower, you are winning on both counts. So the political numbers on this, in terms of who is representing who in the legislature, are really all stacked toward the status quo.”

So now what? Is there a plan for action? If so, please share with the rest of the class.

If either of these two clowns did this in the private sector, they would be looking for new jobs… Amazingly unacceptable.

Bob Duff, a man who stands for nothing but says a lot

Thanks for all you do for Norwalk Bob Duff. Whatever would we do without you.