NORWALK, Conn. – District 137 State Representative candidate Ellen Wink, a Republican, “has been recognized by the Connecticut Business and Industry Association thanks to her endorsement of the ‘Rebuilding Connecticut 2020’ pledge,” a press release said.

She has also been endorsed by the Connecticut State Fraternal Order of Police. 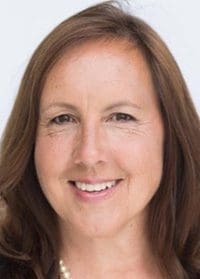 By signing the Rebuilding Connecticut pledge, Wink agreed to “series of common-sense ideas that, if implemented, would create a positive environment for employment growth, support infrastructure investments and improve Connecticut cities,” the press release said.

It’s “really a commonsense document that includes real-life means to support job growth and appropriate government investments designed to create a better economy for all citizens,” Wink is quoted as saying. “The good ideas contained in the document were developed by Connecticut citizens and employers. The pledge supports a bipartisan approach to utilize Connecticut advantages to move our state back toward economic strength that is so much a part of our heritage.”

Wink therefore supports “the key factors necessary to rebuild Connecticut, including workforce development, facilitation of urban renewal efforts, and support for a bipartisan transportation funding plan,” as well as targeting “a return on taxpayer investment,” the press release said.

“These are good, implementable tools that will move Connecticut economy in a positive direction,” Wink is quoted as saying. “I appreciate the work done by CBIA to develop the Rebuild Connecticut commitment and am thankful to have been recognized for signing onto the Pledge.”

Perone did not take the pledge, according to CBIA’s website. CBIA scores his legislative record as 33 percent.

Sgt. John Krupinsky, Connecticut Fraternal Order of Police President, said he urged all the district’s residents to vote for Wink to “keep your communities safe.”

“There is no question in our mind that you will support law enforcement and keep the people of your district safe at a time when law and order has never been so important,” he wrote.

Wink has also been endorsed by the Norwalk Police union. Perone has not informed NancyOnNorwalk of any endorsements.

Ellen: If you can point to Hartford on a map you have our vote.