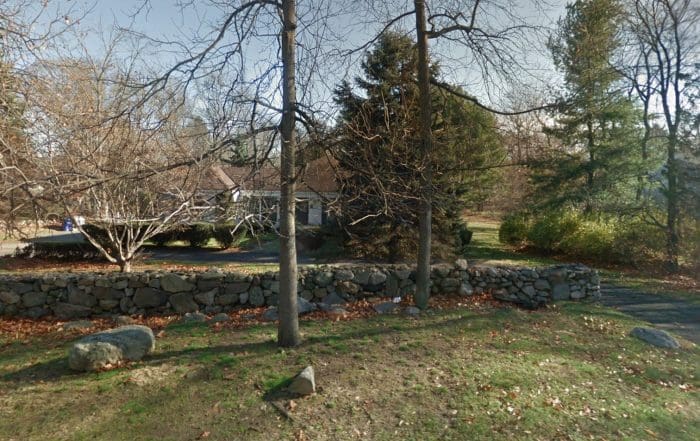 NORWALK, Conn. — According to Planning and Zoning Director Steve Kleppin, tonight’s Zoning Board of Appeals hearing on an application for a senior living facility at 7 Forest Hill Road has been postponed. It was the appellant’s  responsibility to notify the applicant of the appeal, and that did not happen, he said.

The hearing has been postponed to July 12, he said.

I know nothing of city policy and procedure, if that’s correct than do so across the border, consistency please?

The fact that this application was even approved is mind boggling. Despite promises from Mayor Rilling that zoning would be shored up after the mosque fiasco, it appears to be business as usual at P&Z. Encroachment by commercial businesses SHOULD NOT be allowed on residential streets. Why has not the mayor even commented on this? This would be a major defeat to all residential homeowners if allowed.

If Planning and Zoning permits a businessman to establish a senior home in West Norwalk it will undermine both the residential quality of its AAA single family zoned neighborhood and the confidence of home owners, actual and prospective, that the city will uphold its zoning regulation. Hence, it will be harm every Norwalk taxpayer.

Gives the facility more time to pick out colors for the carpet and curtains.The city would put this off until after the election if they thought they could get away with it.

Did they have a reason? If not, perhaps they are giving time for Gary Ferone to get some customers in, at $5000++ per month,per room, so he can mount his defense!

VERY nice reporting by Nancy. Stamford officials just let Gary trample all over residents. A delay might indicate that the powers at City Hall might at least be looking at this nonsense.

Approved? I thought the purpose of the meeting was to give the neighborhood a fighting chance not to allow this permit. It is no wonder the grand list is stagnating. Rather than intercede or get involved in helping the neighborhood out, the mayor is crickets on this and opted to avoid getting involved. Why would prospective homeowners be attracted to establishing roots in the city when nonsense like this is permitted? Emblematic of how the city has devolved under this administration.

NoN – can you confirm – this was Bob Duff as the realtor who sold this property. Yes?

Patrick it was the office he is listed with that had the sign out front , where Bob has found it harder to throw it against the wall and make it stick seems he never gave up his job on the side.

Its hard to believe a office could be so big that it was a secret like this was just that a secret.

Has he come out and denounced this deal where residents have been attacked?

It was suggested Quintard ave keep their mouth shut and allow a facility in the middle of a residential neighborhood . Apparently law biding taxpayers only in Norwalk have no voice.

These homes are being stopped all around the country but Norwalks legal department feels that its not wise to stop these homes from happening.

Now Duff has had years to introduce bills in the statehouse as Murphy actually had something in motion to limit or be subject to a more complicated way of allowing things to happen but our Democrats are running for office so it got pulled from any ones radar.

Im waiting for this to happen in Rowyaton its already happened to Duffs street allow one type of facility it can turn on a dime to halfway house or a sober house you can’t pick or choose.

The city hires a New Cannan expert who while leaving to come to Norwalk these zoning issues were running hot.

Newcannonite.com see what Steve left behind.

This is where our politicians work for us

According to the state Office of Legislative Research, no one with an outstanding criminal warrant is permitted to live in a sober house.Wonder if it applies to living facility.

Norwalk hasn’t been proactive on anything you think once in they will be any more responsive to residents concerns , lets be serious they will have a mall to take care of screw everyone the moat has been filled.

Norwalk did nothing but belly up and sold a lot of people out what makes Forest hill insulated?

Next election will there be memory loss?

As a senior, I have worked all of my life. While I surely appreciate social security, the amount in no way would allow me to pay the atrocious monthly cost of this kind of “facility” and be cramped in with people I don’t know and might not care to become friendly with.

This is a very bad idea and a ripoff for seniors. Stop this man.

So pathetic that the planning & zoning, corporation counsel and mayor’s office are not interceding here and halting this crap. Rather, the neighborhood is left out to dry by fighting this solo with the appeal. City government appears incompetent here by demonstrating the lack of necessary talents/skill sets to shape and protect residential sanctuaries. Any first year law student could easily argue against this and win but the city’s legal counsel appears to have opted to take the “ostrich pose” here by burying their heads in the sand.

Stamford caved quicker than you can say “corruption”.
Ooooooh! “He might sue for discrimination!”
What about the rights of residents?
What about basic enforcement of rules that are on the books?
While Mr. Ferone may well be a front for bigger money his track record speaks for itself and he is an accident waiting to occur. Money will go missing. His “tenants” have ZERO oversight and when (not if) something happens be it embezzlement or far worse, he will claim innocence.
I would not put a dog in one of his homes…

@Nancy on Norwalk. Thank you for reporting on this story. There appears to be a lot of chatter on whether the zoning appeals hearing will be fair and unbiased when hearing the neighborhood’s claims against this application. As such, is there any track record or score card of the percentage of applications that have actually been appealed? I think this story underscores many of the shortfalls of the planning and zoning department. I find it quite curious that the p&z board would grant this application prior to any public input. Something just seams off here.