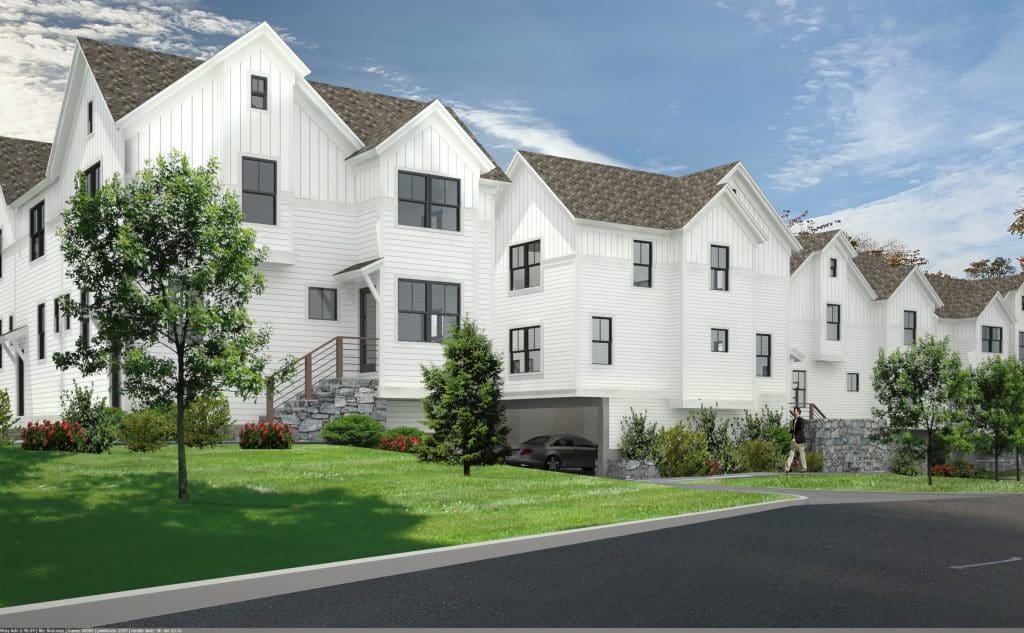 A rendering of the proposal for 93 Winfield St.

NORWALK, Conn. — Norwalk Zoners have turned down the controversial proposal for the former Bank of America site in East Norwalk. While the 2.5 story multifamily development was denied, applicant G&T Norwalk LLC is free to reapply with modifications in response to Zoning feedback as the decision was made “without prejudice.”

Neighbors, in the Tuesday evening part II of the public hearing, spoke against the proposal as being out of character with their neighborhood, too dense and likely to cause parking problems as guests and others used nearby side streets.

“I understand that property owners have a right to do with their property. You know what, what they can and what they want within the bounds of the regulations and the density of the area. I think 14 units there is just too many,” Dave Roger said.

Attorney Adam Blank, representing the applicant, countered that the site had 24 parking spaces planned when only 18 were required. The Commission had requested a recreation area and that could be removed and returned to a parking lot, he said.

The property at 93 Winfield is zoned neighborhood business and 11 housing units are allowed “as of right,” he said. “This is only 14, it’s just a couple of more than what’s allowed as of right. And of course, it’s less than the 17 that we initially proposed.”

Blank and owner Tom Bellete were seeking a special permit, which gives the Zoning Commission discretion; conditions can be applied to an approval or it can be denied.

Zoning Commission Chairman Lou Schulman later replied, “You keep referring to the 11 units that you can build ‘as of right’ as opposed to the 14 units as a ‘small difference.’ But in fact, if you view it differently, that’s about a 27 percent increase in the number of units. And I don’t consider that small. There’s nothing under the special permit that I’m aware of that obligates us to approve that change; we may have little choice regarding 11 units, but we do have the flexibility not to approve 14 units.”

“It’s always interesting to me, how every application for a special permit has the component in it that this is so much better than what could be built as of right,” Commissioner Richard Roina said. “…My feeling is that this project, while it may be able to be built as of right, I don’t know that but I’ll take Attorney Blank’s word for it, and contain 11 units, it doesn’t seem to me that there would be any reason to do that at all. If there was going to be 11 units, the project would be smaller, it’s bigger, because it’s 14 units.”

Commissioner Stephanie Thomas said, “11 sounds better to me than 14,” noting that many Commissioners had just spent “the last year and a half of our life, putting together a very thoughtful development plan for the East Norwalk area.”

The proposal for 93 Winfield St. is not in compliance with the new East Norwalk Transit Oriented Development plan but was submitted before the plan was passed.

“That plan very much has a different goal for that area of East Norwalk, and we’re trying to drive our development elsewhere,” Thomas said. “So, although the timing may be bad, it makes me disinclined to do something that I know is not in keeping with our long-term plans for the area.”

“I think it’s actually good looking,” Wells countered. “I think … having three more units is versus fewer units with more bedrooms with exactly the same footprint. I don’t really see that as a big stretch, I would be inclined to say that I would be happy to grant a special permit for this project.”

Commissioner Joshua Goldstein speculated that “maybe something better” would come out of denying the special permit, “or at least something different.”

Schulman said, “I think it would be unfortunate at this point to approve the project without addressing the some of the issues that have been raised.” 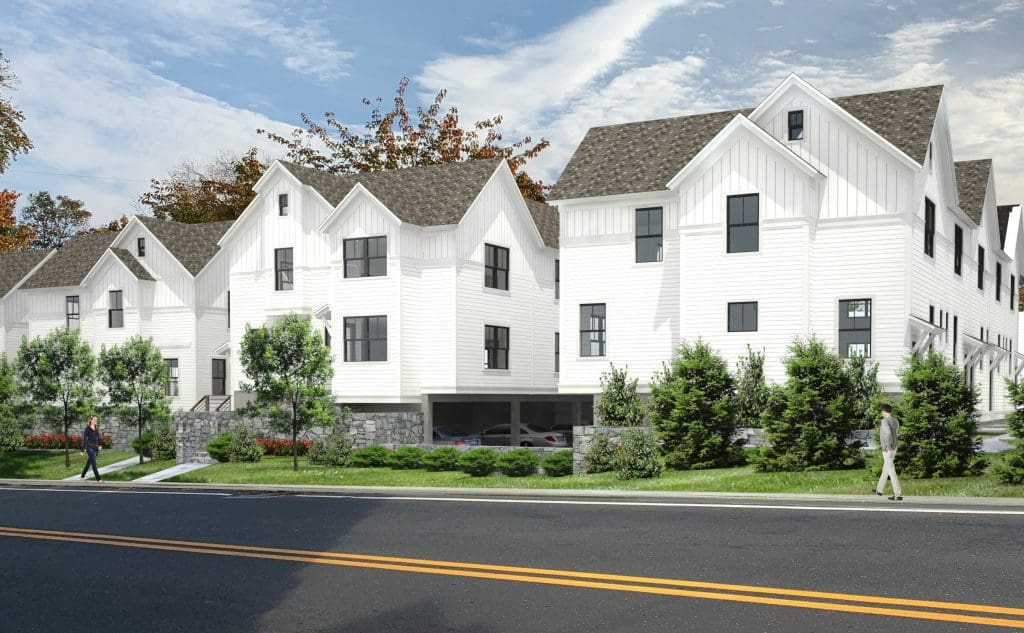 A rendering of the proposal for 93 Winfield St.

That’s a win for East Norwalk….Granted a small battle in a major war, but still a win…

That architecture is so Westport 2020

For years upon years, we’ve been hearing from the advocates for public, and green spaces. Could there be a better plot of land in Norwalk for a small park? Why can’t the city purchase this property for that reason? Why can’t the zoners state the prejudice that this project elicits in the neighborhood that would be directly effected?

With all due respect to the commissioners who have “spent the last year and a half of their lives” honing a development plan for East Norwalk, we residents have spent the last twenty five years of our lives enjoying freedom from the insane (but profitable to some) course of development in surrounding areas.

DON’T let them put those units there! They did that on Garner street and the parking became a NIGHTMARE! Extra cars will be parking on all the side streets. Oh! Just wait until it snows and they can’t plow the streets! It gets better! They might even limited parking. Snow removal will be pushed onto the street from the units too. I know this because I lived on Garner for years. Then they built that Mall! What a Mess!