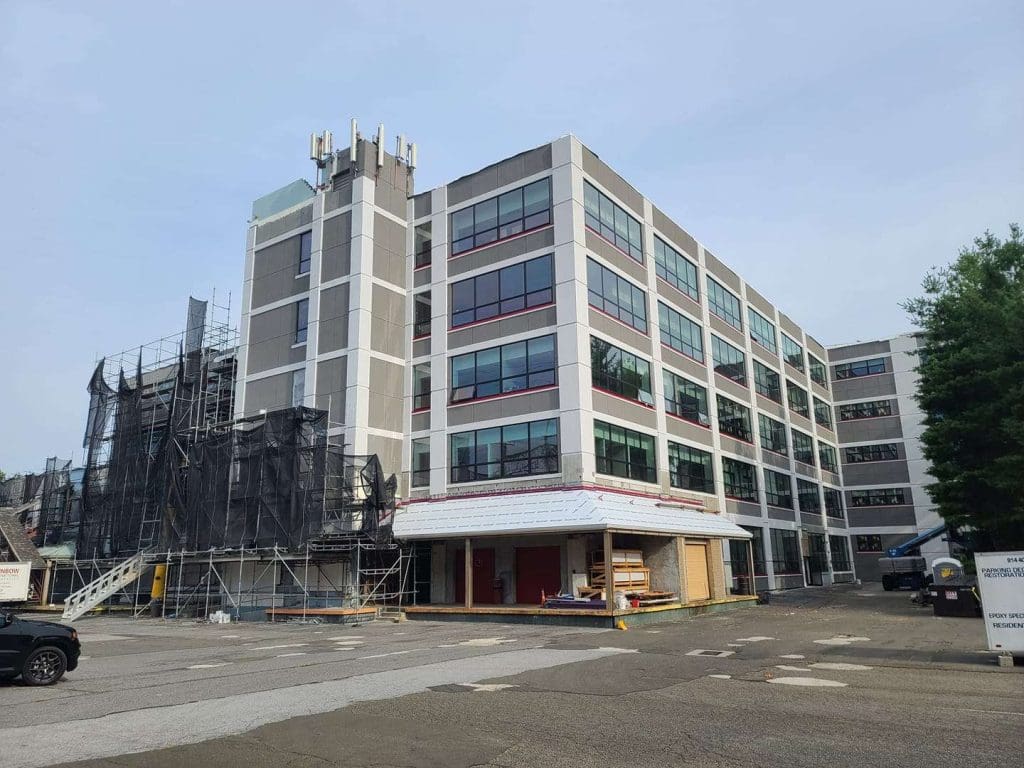 The project, located at 25 Van Zant St., the former site of Crofut & Knapp Company and the Hat Corporation of America, aims to bring a “workforce training center” to the site that would “not only support the City’s master planning objectives, it will also allow the historic use of the building to continue, and will also fit seamlessly with the other present uses in the building,” according to its application.

But Zoning Commissioners and City staff raised questions about the amount of parking the applicant would have on site and where it would be located. The plans call for 300 parking spots, including 56 spots that are located on Department of Transportation property.

“I contacted Metro North and DOT,” said Hiram Peck, on behalf of the applicant. “They’ve indicated to us that the easement for our parking is actually on a small strip of land that MetroNorth property is in place already. I’ve asked for a copy of that easement. And so, I can present it to you or and we obviously would like to get it filed on the land records as well. I think there are about 56 parking spaces affected by that easement. It is in place now—I have confirmation from DOT that is in fact in effect. And I’ve asked them for a copy of and so I could present that to you just to make sure that that’s part of your record, we’re happy to do that.”

Peck did note that because of their proximity to the train station they expected people to take public transportation to get to the site too.

Commissioners said that they would not advance the project until they had that confirmation from DOT.

“Let’s make sure this issue is resolved before we go to a public hearing,” Zoning Commission Chair Louis Schulman said. “I’m going to repeat what I’ve said every single time this project has come up before us, and that is I believe, that we as a Commission have expressed the fact that we like this project. And I can’t speak definitively, but I think … that we would like to see this go forward. But there’s always been some lack of information that’s held us back and kept you from moving forward. I would like to see any issues resolved before we go to public hearing.”

Commissioners also wanted to have clarity about other uses at the site. About 150,000 square feet of the property would be used for the Workforce Training Center. Peck said that some of the other uses would be a daycare center for people onsite, a cafe, and a small greenhouse.

One part of the plan that did a step forward was updating the city’s zoning regulations to allow for “college, universities, and schools, including business and trade/vocational schools, and studios, as a permitted principal use in the Industrial 1 zone.” The Zoning Commission voted unanimously to refer that out to the Planning Commission, the Harbor Management Commission and the Connecticut Department of Energy and Environmental Protection (DEEP), a process that takes about 35 days, according Planning and Zoning Director Steven Kleppin.

During that time, Schulman asked the applicant to make sure that the issues surrounding the easement were resolved.

I thought NON readers would be interested in the link below:
For those that think it can’t happen here, think again.
Ballot Stuffing — Check
Forgery — Check
Stealing Ballots –Check
Voter Registration Fraud — Check

I’m not a conspiracy theorist, but there are those out there looking
to bend or break the rules for power. Anyone who thinks otherwise is
a fool…

The focus is on parking spaces? Shouldn’t the focus be on how this will make the already unbearable traffic situation on East Avenue that much worse.