Zucaro is vying with Democratic candidate Stephanie Thomas for the seat held by Republican Rep. Gail Lavielle for a decade. Zucaro lives in Westport and Thomas is a Norwalk resident.

The NFIB CT PAC believes Zucaro “will be committed to the needs of thousands of Main Street small businesses and their employees in Connecticut when you are elected to serve in Hartford. Thank you for standing with NFIB on the issues important to small business,” Wendy Traub, Chair, NFIB CT PAC and Elizabeth Parks, Senior Grassroots Manager, NFIB CT, are quoted as saying. 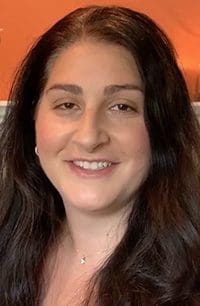 “I’m grateful for NFIB’s recognition of my commitment to fighting for policies that will make Connecticut friendlier to business, and to helping our small businesses recover and grow,” Zucaro is quoted as saying. “Not only have I managed my own law practice, but I have also served many small businesses and I understand the challenges they face in Connecticut. Before COVID-19, they had to cope with inconsistent tax policies, burdensome regulations, and ever-increasing mandates. But now, in the pandemic’s wake, many small business owners have either furloughed or laid off valued employees, closed temporarily, or closed altogether, and have lost their only source of income. Small businesses in our district need a representative who understands them and will fight for them. One of my top priorities is helping them reduce their structural costs and eliminating burdensome regulations and mandates that make it harder for them to operate. I want the people of Wilton, Norwalk, and Westport to know that if elected, I will not allow small businesses to be ignored.”